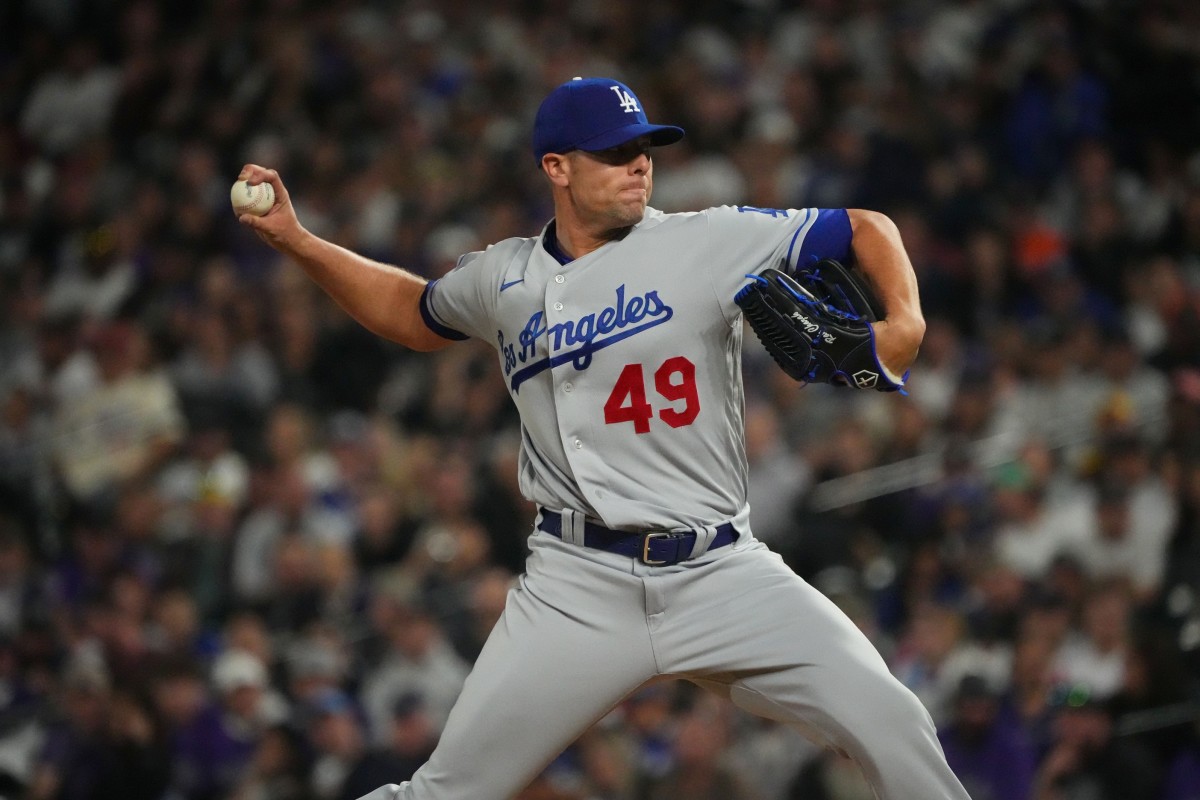 The playoffs are about two months away, and the Dodgers will hope they have a key piece of the bullpen at full strength for the playoff push. Blake Treinen has been out for most of the season with a shoulder injury, but he’s closer than ever to returning to the mound.

Treinen’s return has been speculated in the past in late August or early September, but now it looks like the 34-year-old pitcher will face live hitters in a mock game at Dodger Stadium. Notably, Brusdar Graterol will also be pitching as he returns from an injury of his own.

Treinen traveled with the club to San Francisco where manager Dave Roberts noted the hard-throwing right-hander recorded 97 miles per hour on his radiator in a simulation game. With little pain reported by Treinen or the Dodgers after his final pitching sessions, it looks like he could be back sooner than expected.

Last season, Treinen was one of the best high-leveraged relievers in the game. He posted a 1.99 ERA in a record 72 appearances for the relief team. He produced the second-best ERA-plus of his career (210) and allowed just 0.6 homers per nine innings.

Treinen may or may not head to a minor league rehab assignment before being activated off the 60-day injured list.

He’s a key player for the Dodgers trying to shape their October bullpen.