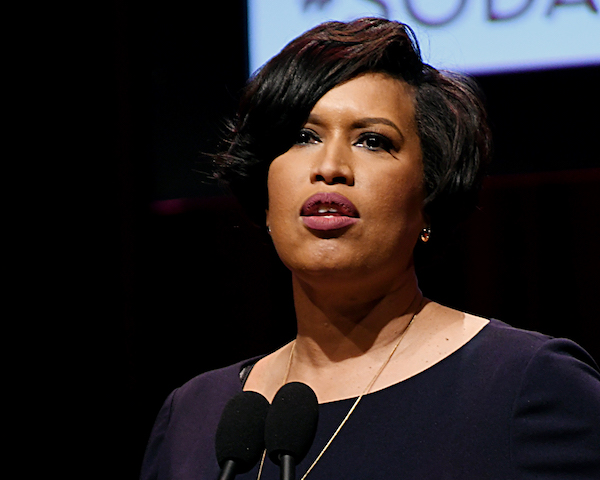 DC Mayor Muriel Bowser, in concert with the Mayor’s Office on Women’s Policy and Initiatives, honored eight District residents for their work and achievements at the annual Washington Women of Excellence Awards on Thursday in Southwest.

Each year, nominations for the awards are made by the members of the DC Commission on Women, the director of the commission, and Bowser’s senior staff. Bowser ultimately decided who will be honored.

The ceremony occurred at the Wharf Dockmaster Building at The Wharf, a multi-billion development straddling the Potomac River that consists of residential, retail establishments, restaurants, hotels, and theaters along with the historic Maine Avenue Fish Market. Bowser said the women reflected what is best in the District.

“This year’s honorees have led their way through one of the toughest times in our city and I am proud that they continue to make history here in the District and beyond,” she said. “These women are thriving, leading, succeeding, and more importantly, creating environments where women and girls in the District are uplifted, supported, and provided resources and opportunities to succeed.”

“It is a privilege to be recognized for the work of the House of Ruth,” Jackson said. “For 46 years, we have helped over 13,000 women and children get their lives together. The staff at the House of Ruth deserve the praise and the credit.”