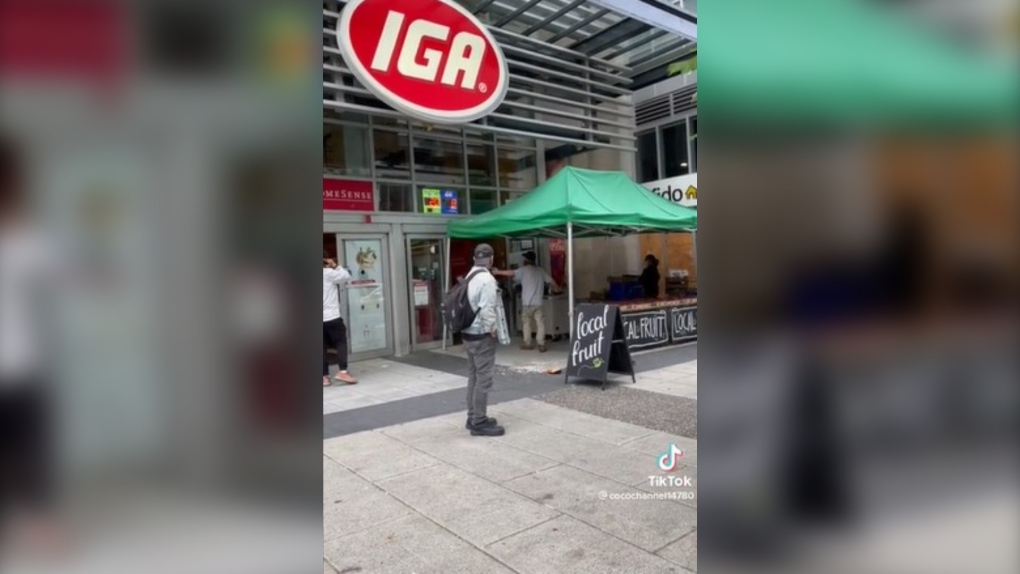 Police are investigating an alarming confrontation involving a man wielding a small ax outside a grocery store in downtown Vancouver, part of which was caught on camera.

Video posted on TikTok shows a suspect holding an ax and yelling at another man near the entrance to the IGA on Robson and Richards streets.

“A passerby intervened and confronted the suspect,” the sergeant said. Steve Addison said in an email. “VPD officers were called and first arrested two people, one (of whom) was taken to jail.”

The suspect had not been charged as of Tuesday afternoon, authorities said.