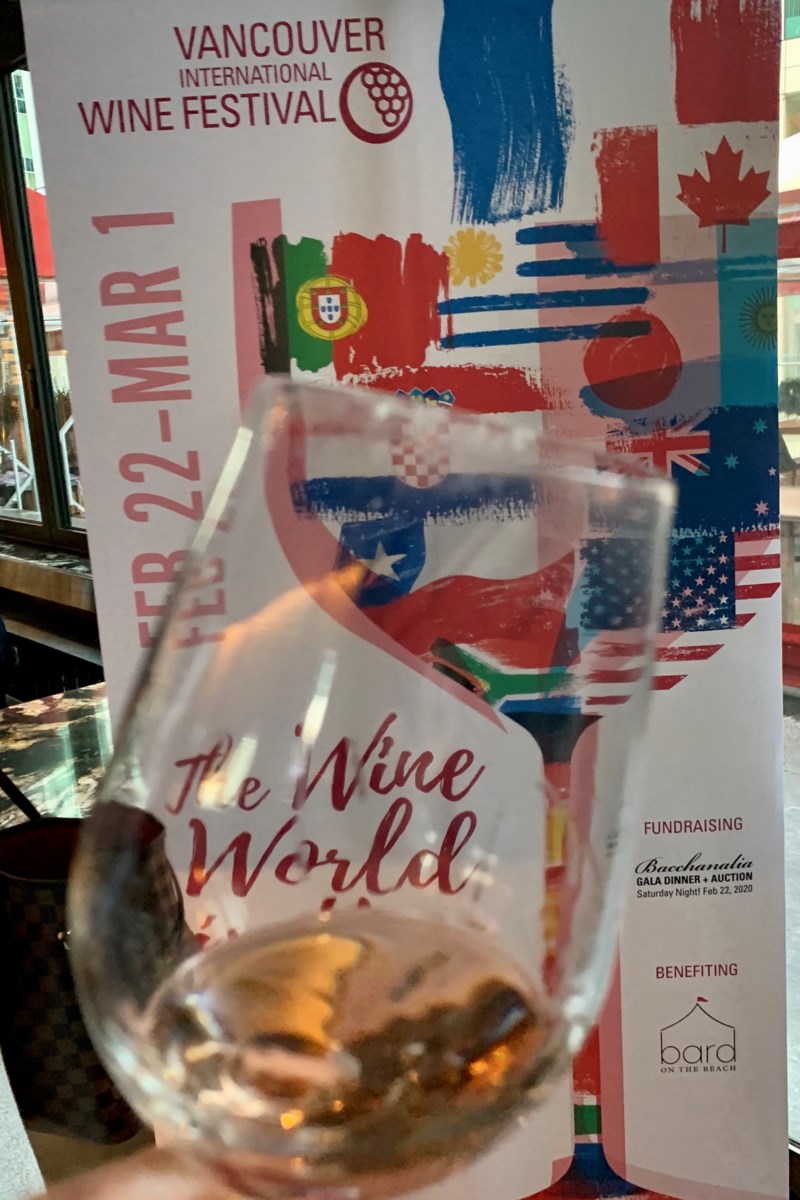 There will be 101 wineries from 14 countries being represented at the festival.

The Vancouver International Wine Festival is Canada’s number one food, wine and hospitality event, which features 27 events over seven days from May 16t to 22. The festival is headquartered at the Vancouver Convention Center but restaurants and other city venues will host winery dinners, lunches , seminars and wine minglers.

Australia Wakefield is the name used in North America by Australia’s eminent Taylor family. Their Clare Valley Shiraz offers great depth and richness with toast, nuts, prune, herbs and coffee. And their stylish Cabernet Sauvignon has a refreshing acidity that paves the way for blackcurrant, cassis, cedar and licorice notes.

The first Vancouver International Wine Festival in 1979 featured only one winery: The Robert Mondavi Winery. And this year, it returns once again.

Robert Mondavi established his winery in 1966 with a vision to create Napa Valley wines that would stand in the company of the world’s finest. He chose the To Kalon Vineyard in the heart of the Napa Valley as his home. It’s renowned for producing some of the finest Cabernet Sauvignon wines in the world as well as for its Sauvignon Blanc. The vineyard is rated #1 in North America and #5 in the world.

Stag’s Leap Wine Cellars will be there, a Napa Valley product that turned Napa Cabernet Sauvignon into a major player when it won the Cabernet Sauvignon category in the famous Judgment of Paris. This competition among French wine experts between American and French wines was a blind tasting staged by Steven Spurrier in Paris.

Established in 1858, Marques de Riscal is a pioneering winery that inaugurated the first-ever Rioja wine to be bottled. With a silky texture and complex aromas of vanilla, sweet herbs, and strawberry preserves, it’s a delicious wine to savour.

Marques de Riscal was the first non-French wine to win the diploma of honor of the Bordeaux Exhibition in 1895 that was added to its wine label. In 1972, the first white wine from Rueda was produced, a fruity blend of Viura and Verdejo, followed by Sauvignon Blanc.

Another Spanish pioneer founded in 1835 is Gonzalez-Byass. From Jerez in Spain to the rest of the world while never losing sight of their roots in Andalusia, they have 14 wineries from all over Spain to pay tribute to its extensive winemaking diversity. Gonzalez-Byass was the first Sherry winery to export the fino style in 1844. Tio Pepe has become a national icon and is the number one selling Fino Sherry in the world.

Louis Jadot is one of Burgundy’s most important wine producers and traders. Their portfolio covers inexpensive Bourgogne and Beaujolais wines to several grand cru wines from the Cote de Beaune to Chablis. Expect lots of Pinot Noir and Chardonnay!

Chateau Pesquie is a family wine estate in the heart of the Ventoux appellation in the Rhone Valley. Their Terrasses has freshness, finesse and terroir with black cherries, pepper, and violets.