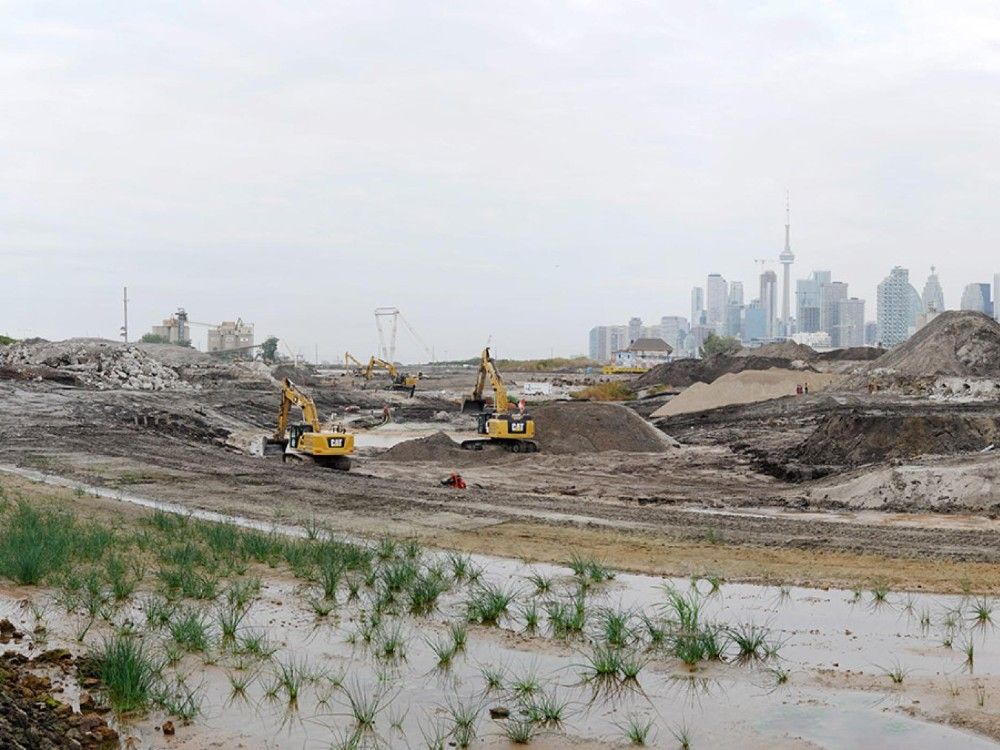 While digging in Toronto’s Port Lands to make way for a new mouth for the Don River, construction crews were troubled when spider-like plants like no other in the area began to sprout on the excavation site.

These plants, to the surprise of the teams and researchers, come from seeds that have been under the backfill soil and moss for more than 100 years.

“The whole team was very excited when we realized what we had found,” said Shannon Baker, director of parks and public realms at Waterfront Toronto, the agency responsible for revitalizing the downtown waterfront.

Before there was the Port Lands, there was the Ashbridge Bay Marsh, an ecologically diverse wetland that is home to a huge range of species. A century from, and after years of dumping sewage into the swamp, it was filled with interest in creating a working port for Toronto. It never really materialized, Baker explained.

Today, Waterfront Toronto is digging a one-kilometre mouth for the River Don through the Port Lands as part of the Port Lands Flood Protection Project, a landscape infrastructure project to protect the downtown core from flooding.

In early 2021, crews began digging seven meters into the century-old soil and original peat moss, just deep enough to expose the seeds to water and sunlight. It was enough for the seeds to come to life.

It’s not uncommon to see shrubs growing in the Port Lands area, but these plants caught the construction crews’ attention because they resembled those that grow in wetlands. Baker said so far they’ve been able to identify two different types of plants, hard-stemmed bulrush and cattails.

“The discovery of these seeds is truly an amazing testament to the regenerative power of nature,” Baker said.

To save the plants and preserve the seeds, the team transplanted them to nearby Tommy Thompson Park, where they will remain and continue to grow as part of the marsh system there. They also collected 50 buckets of soil from the area and samples of peat moss where the seeds were growing and gave them to the laboratories of the Department of Ecology and Evolutionary Biology at the University of Toronto to see if other species could germinate.

“It’s a really interesting connection to the landscape that was originally there,” Baker said. “Restoring the mouth of the Don River, providing a resilient landscape and having some of the plants that were originally there reintroduced is phenomenal.”

As part of the Port Lands project, more than 1.5 million cubic meters of soil are being excavated, which is enough to fill Roger’s Centre, Baker said. It is possible that even more seeds are hiding in the ground and can be dug up.

Although the goal of the project is not to build the same ecosystem as it once was, being able to introduce plants that once thrived in the area will not harm the ecological diversity of the Port Lands area.

Throughout the excavation of the area, crews encountered other long lost items in the soil of the old marsh. They found bottles emblazoned with Charles Wilson’s iconic soda pop squirrel, newspaper clippings with advertisements for Toronto’s Bredin Best Bread and numerous household items including shoes, spoons and toothbrushes.