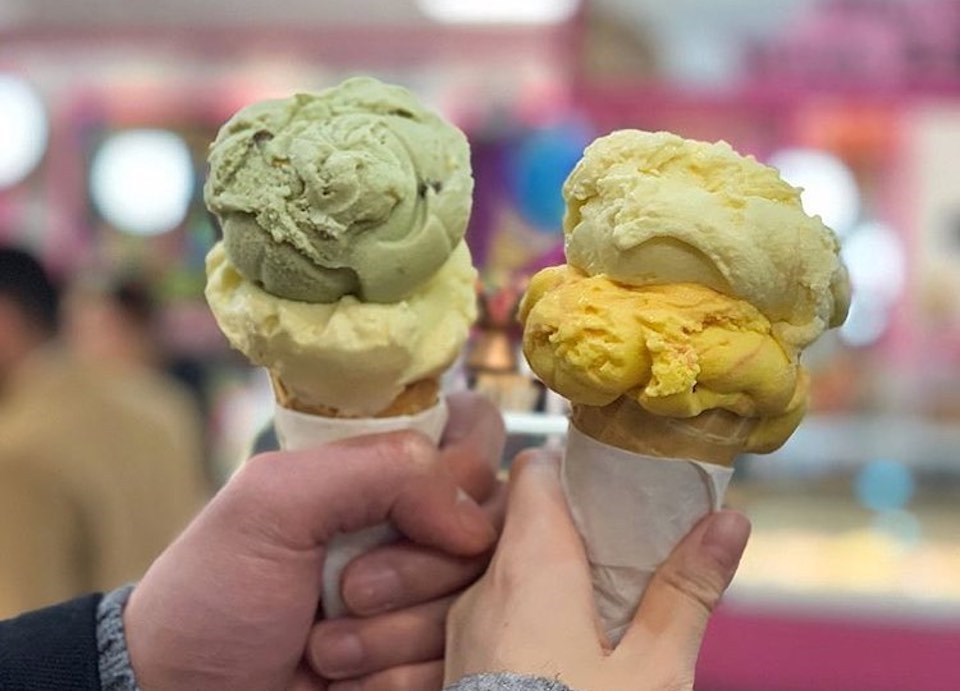 They hold the Guinness World Record for ‘the most flavors of ice cream in the world’ (238), but the extraordinary hot pink La Casa Gelato in Vancouver started 40 years ago, offering customers a choice of only eight flavors.

The operators of La Casa Gelato love to give back to the community (to mark their Guinness World Record, they held a fundraiser to benefit BC Children’s Hospital that raised over $4,200.

The Misceo family will continue this tradition for their big 4-0 block party, as they will “cover all food and event costs for the event” and “100% of all day sales will be donated to BC Children’s Hospital,” according to the company.

The candy shop always has an impressive array of flavors of ice cream, sorbet and frozen yogurt available to be served in cups, cones or pints. Flavors include everything from a classic Stracciatella to things like Kimchi, Chocolate Bacon, Mango Death, Green Tea Oreo, Roasted Garlic, Durian and more – in fact, the creative minds at La Casa Gelato have dreamed up over 600 flavors over the past 40 years – that’s a lot of gelato!