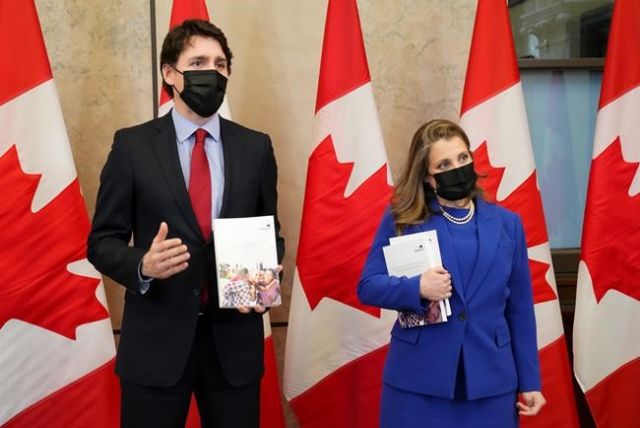 No funds for health systems

Finance Minister and Deputy Prime Minister Chrystia Freeland and Prime Minister Justin Trudeau speak with members of the media before the release of the federal budget, on Parliament Hill, in Ottawa, Thursday, April 7, 2022.

Premiers have been calling for the health minister to negotiate a new deal for how much the federal government will pay into health care in Canada, with an immediate increase of about $28 billion.

The federal budget included $12 billion more than expected over five years for provincial health transfers, but only because the economic outlook is better than expected.

The government also pledged $2 billion in one-time funding to help health systems work through the massive surgical backlogs that accumulated during the pandemic.

Prime Minister Justin Trudeau says he knows the federal government needs to invest structurally in health care, but he wants to make sure it gets the best results.