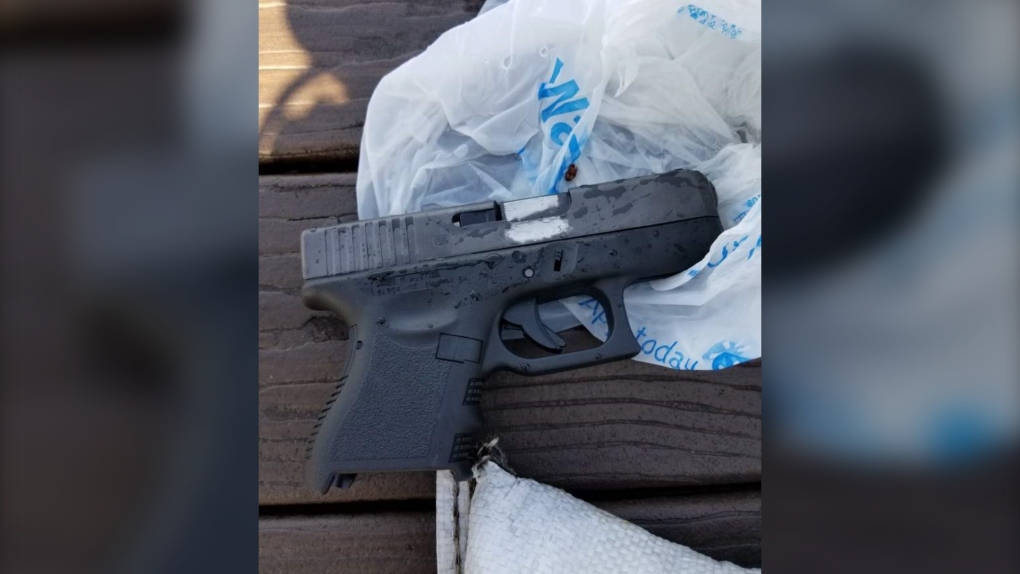 Southwestern Ontario police are investigating after saying a drone carrying handguns was found stuck in a tree late last week.

The Lambton County Ontario Provincial Police said officers were contacted around 8:30 a.m. Friday about a large drone stuck in a tree along the St. Clair River near Port Lambton.

When officers arrived, they found the drone and removed it from a tree with the help of the St. Clair Township Fire Department.

A bag containing 11 handguns was attached to the drone, which investigators say came from the United States

The investigation is ongoing and police say updates will be provided as they become available.