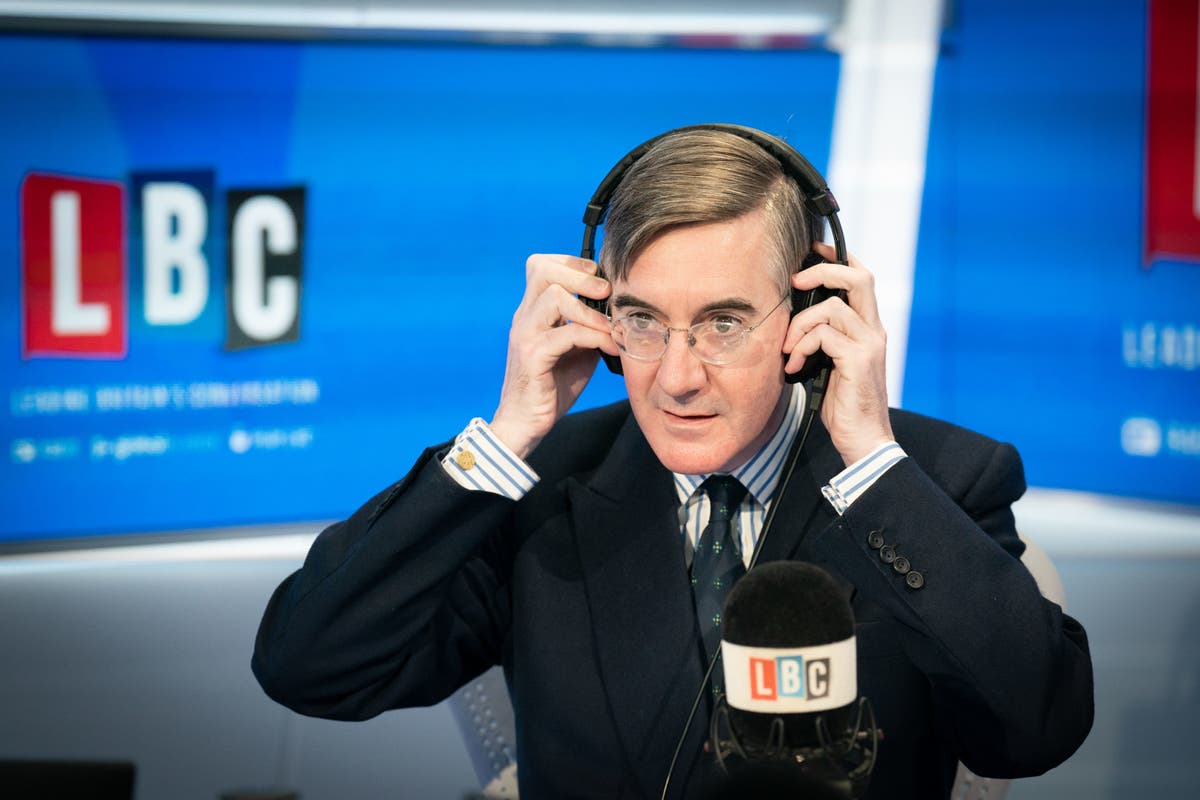 When Jacob Rees-Mogg goes on a radio phone-in and finds himself unable to think of a single benefit of Brexit, fully six years after it happened, and instead blames its total failure on the EU, who are apparently being mean to us, it’s important to remember that this has got nothing to do with Brexit being a disaster, and everything to do with Jacob Rees-Mogg being stupid.

Brexit’s great. It’s just that Rees-Mogg is too dim to have realized. I can already list one massive benefit of Brexit. Before Brexit happened, there was a vague sense in Westminster that Rees-Mogg, a persistent critic of the Cameron government, was a serious person who was usually worth listening to.

Now that Brexit has happened, elevating Rees-Mogg to the cabinet, he has been unable to prevent himself from laying bare his own towering idiocy. Without Brexit, that would never have occurred. (All right, so it’s not much of a benefit, but it’s better than anything Rees-Mogg managed to come up with himself – thus proving the point.)

If you want further proof, you need look no further than, ah yes, the next 10 seconds of Rees-Mogg’s LBC phone-in. In the next few days, it is going to become clear whether the prime minister has been found to have broken his own Covid laws, by attending illegal parties in both the office part of 10 Downing Street and the part that is his home.

No one’s quite sure if he will get fined, but it doesn’t bode well that the best defense members of the cabinet currently have is that the public have “moved on”. And it especially doesn’t bode well if said members of the cabinet, ie Rees-Mogg, really are stupid enough to try this on a radio phone-in show. Because what happens on a radio phone-in show is that members of the public phone in, at which point it becomes clear very quickly indeed whether or not they’ve “moved on”. And they haven’t.

You will not be overly shocked to learn that, having been told by Rees-Mogg that they’d “moved on”, there were no calls from members of the public to say: “Yeah, what even was that party business? I have completely moved on.”

And, more’s the point, if there is anyone alive out there who’s “moved on”, Rees-Mogg will have to hope that absolutely none of them were listening to his radio phone-in on LBC, which will without doubt have moved them right back from wherever it is they’ve moved on to, as a direct consequence of Rees-Mogg expecting them to be stupid enough to believe the words coming out of his mouth.

It seems clear that some people do believe Boris Johnson will get fined, which is why the pre-emptive defense that is currently being bandied about by Rees-Mogg and others does not involve denying any wrongdoing. Rather it consists of denying that Johnson deliberately misled the House of Commons when he told MPs, on multiple occasions, that there hadn’t been any parties, and then that he hadn’t been at any of the parties, and then, all right , that he had been at one of them but he didn’t know it was a party.

To keep up to speed with all the latest opinions and comment, sign up to our free weekly Voices Dispatches newsletter by clicking here

“If the prime minister is told information that is incorrect, and passes on that information, he has made no deliberate effort to mislead,” Rees-Mogg gently explained to a member of the public who had called in to ask about Partygate despite having already moved on.

And yes, it was at this point that the mover-oners turned and sprinted right back to where they had moved on from, specifically to ask: “Jacob, are you taking the actual piss or what?”

If the prime minister is told information that is incorrect and passes on that information, then he has made no deliberate effort to mislead. Which is kind of true, except for that naggingly awkward fact that the incorrect information he “passed on” was that there hadn’t been any parties, even though he himself had been at them.

It is a curious thought experiment, which some people have flatteringly described as “sophistry” but is actually just extremely artless bulls***.

Should Johnson receive a fine for breaking lockdown rules, he is of course entitled to appeal, just as all receivers of fixed penalty notices are. We look forward to the form being made public. “Dear Metropolitan Police, thank you for sending me this picture of myself, topless, tie round head, funnelling three bottles of wine direct from a suitcase. But I’ve asked one of my staff and they’ve said it didn’t happen, so I’m sure we can agree that that is the end of the matter.”

To which the police will surely reply, “Sorry. What has this even been about? Everybody’s moved on.”