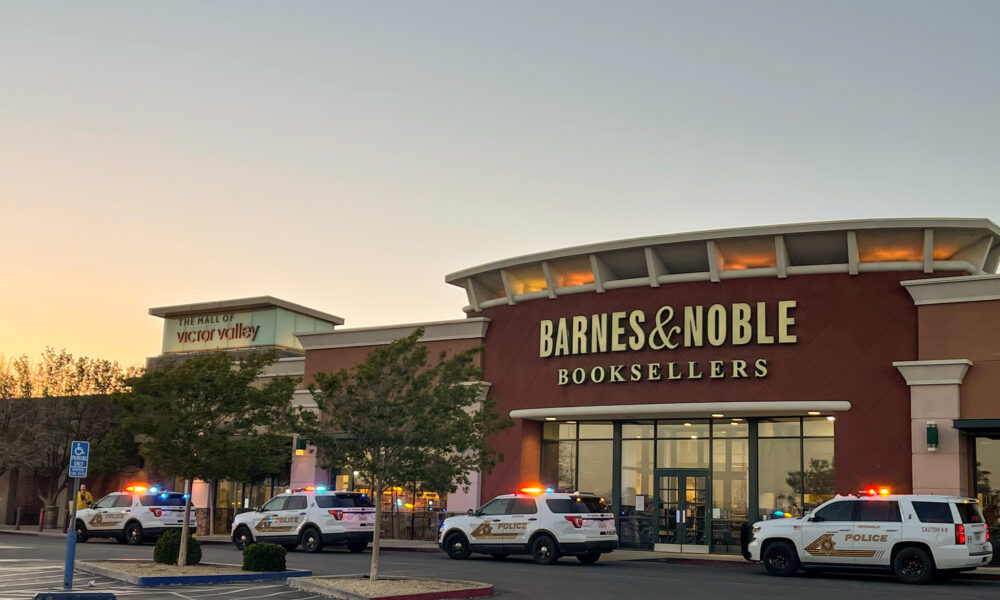 VICTORVILLE, Calif. (VVNG.com) — At least one person has been shot inside the Mall of Victor Valley Tuesday evening.

According to family, the victim, a 9-year-old girl, was shot multiple times.

On April 12, 2022, at about 6:30 pm, dozens of emergency vehicles responded to the mall located in the 14400 block of Bear Valley Road in Victorville.

“One person was injured and is currently being transported to the hospital. The gunman is still outstanding,” sheriff’s officials told VVNG.

Emergency personnel was requested to respond to the Barnes & Noble entrance for a gunshot victim. Additionally, a helicopter landed nearby in preparation of airlifting the victim to a trauma center.

At about 7:05 pm, Victorville City Fire declared the incident as an ‘Active Shooter’ and established a casualty collection point in the parking lot of Barnes & Noble.

Shoppers inside the mall were evacuated and the mall is expected to remain closed for the rest of the night.

This is a developing story and additional information will be updated as it becomes available.

UPDATE @8:50 PM: Sheriff’s officials said the suspect fled the scene and deputies are currently investigating leads. Additionally, officials confirmed this appears to be an isolated incident and not considered an active shooter event. The mall will remain closed for the remainder of the evening. More information will be available in a press release tomorrow morning.

UPDATE @ 10:10 PM — Robin Moraga-Saldarelli updated VVNG and said her granddaughter was the one who was shot at the mall this evening. “3 gunshot wounds to the arm. It broke her upper bone. She’s doing good and will recover in time,” stated Robin.

UPDATE @ 10:35 PM — The victim’s family spoke to Fox11 News and said they did not recognize the suspected shooter as someone they know or recognize. The young girl was getting ready to take pictures with the Easter Bunny when the gunman opened fire.