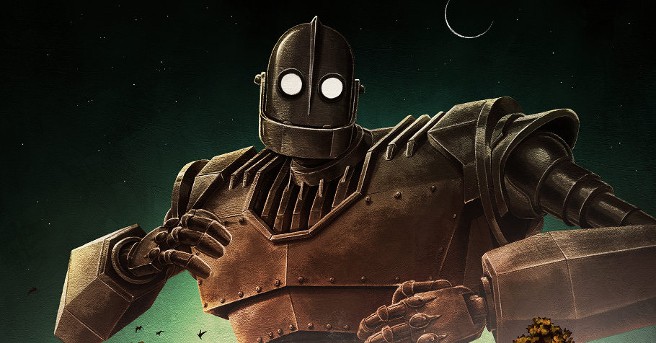 For years, Awesome Art We’ve Found Around The Net has been all about two things: awesome art and the artists who create it. With that in mind, we thought why not use the first week of the month to showcase these awesome artists even more? Welcome to “An awesome artist we found on the net”. In this column, we focus on one artist and the awe-inspiring art they create, whether amateur, up-and-coming, or well-established. The goal is to discover these artists so that even more people become familiar with them. We ask these artists a few questions to find out their origins, their influences, etc. If you are an awesome artist or know someone who should be featured, please feel free to contact me anytime at [email protected].This month, we are very excited to present to you the awesome art of…

Adam is a British illustrator based in the artistically vibrant city of Bristol. Having never really grown up, his design inspiration comes from a lifelong obsession with comics and film. With his trusty Wacom pen, Adam uses dramatic composition and a bold palette to capture the magic of pop culture. Working in the commercial design industry for over a decade, Adam’s work has since ventured into poster illustration, appeared in print campaigns for film and television.

As a member of the prestigious art collective The Poster Posse, Adam has had the great privilege of working with top clients in the entertainment industry and continues to create exciting new work in film and popular culture. .

JOBLO: What launched you as an artist?
ADAM: I’ve always had an aptitude for art, which I think I inherited from my father. He was a press photographer and has a great sense of composition, but he’s also a wonderful draftsman and so, growing up, he often drew or painted and I joined him. Like anything you want to be good at, time and practice play a key role, so I’ve been working towards becoming an artist for as long as I can remember. During my time at school I was best known as “the guy who was good at art” which was encouraging so there was no doubt when college came around I followed my passion for art and chose to pursue a degree in illustration. This led me to my first job as a designer for a branding agency. Fast forward 15 years and I’m still working for a branding agency, but 5 years ago, at the same time, I started creating the work I’m now best known for, my illustrations for alternative movie posters and pop culture.

I was lucky enough to be born in the 80s, a decade rich in pop culture, and from an early age I was captivated by shows like Thundercats and Turtles and would spend hours redesigning the characters . Later comics captured my imagination, especially the early 90s X-Men comics, and I think that’s where my love for pop culture comes from to this day.

So 5 years ago, I started illustrating movie posters, just for fun, and distributing them via social networks. It was also around this time that I came across a poster art site called PosterSpy, and discovered other like-minded artists playing with alternative movie posters. This community was so supportive of me and so I continued to do my work and more great things started to happen. I was asked to become a member of The Poster Posse, an incredibly talented collective of artists and it was with them that I turned a hobby into an exciting new career path. Since then I have worked with many movie studios, my art has been used in the commercials of major Hollywood movies and more exciting projects are coming up every day.

Who were some of your favorite artists growing up?
In the 90s I was an avid collector of X-Men comics, so artists like Jim Lee were an inspiration to me. I was also fascinated by the rich world of Terry Pratchet books growing up and so artist Josh Kirby had a big influence on my art at the time. Later I became captivated by people like Alex Ross and how he combined his hyper-real style with a golden age of comic aesthetics. Now, Robert McGinnis is a major influence on my work, I love the way he captures his subject, there’s such an elegance to his work that I love.

Who do you really like these days, do you follow on Instagram?
Instagram is wonderful, it’s just a constant stream of inspiration right there in your pocket. my companion posse poster members are always posting inspired work, so I would definitely recommend heading over to the Poster Posse Instagram page and checking out the good stuff on their feed. Also check out the four very talented artists who work under the handle of spainters.collective, their work always amazes me. Drop Mag Official is a podcast that does a great roundup of the latest poster releases, so it’s definitely worth checking out. Then there’s PosterSpy and Printed in Blood, both of which do great things to support the thousands of talented artists trying to break into the industry whose feed is always filled with inspiring art.

What advice would you give to budding artists today?
It’s funny when you work in a drawing roll, you end up drawing every day for others and it doesn’t leave a lot of time to draw for yourself. It is very important to save time. Draw what excites you. For me, it’s film and pop culture, but whatever your muse, your interest in the subject will find its way into the art. Also keep working, keep doing, keep drawing. I’m better today than last year, and a year ago I was better than the year before, I don’t think I’ll always be the best I can be, because I’m constantly learning. So keep practicing and you’ll find new ways to approach your image, new compositions waiting to be tried, new ways to color to experiment with. Also, keep spreading your work to the world. Instagram is an amazing platform and a big part of my success comes from commissions off the back of past work I’ve shared. Check PosterSpy and upload some of your work. The artist community there is so supportive, which can help keep you motivated, and PosterSpy will often share new work through their platform, which is a great way to get your stuff in front of the right people.

Another way to get your work seen is to contact the team at Printed in blood, who have been publishing fantastic art books for a few years. Recent books include The Thing artbook, Visions from the Upside Down: A Stranger Things artbook, and upcoming Halloween and Hannibal artbooks. Besides being a great source of inspiration, they can really help showcase your work. I myself had a number of opportunities as a result of my illustration work in this book. I hope some of these tips help you.

What should we expect from you in the future?
I just finished a job for a certain dinosaur franchise which I hope will be well received. I also just worked on tour posters for Elton John and The Who, via Collectionzz, which was a bit different from my usual films. Last year I’ve been incredibly busy and a lot of my current work is waiting in print queues and hasn’t been published yet. I have a series of Bond prints, privately commissioned, which I’m particularly excited about, and I can’t wait for people to see them. I also have a Lord of the Rings commission in the works and I honestly think it might be the best thing I’ve ever drawn, so I’m very excited to be able to share that later. Next, I have a 4K box set for a very popular horror movie in the works, but I can’t say more until it’s released to the public. So, yeah, lots and lots to come, I can’t wait to share what I’ve been working on.

As a fansite, we have to ask you… What are some of your all-time favorite movies/TV shows?
Wow! Where do I start, you don’t get into drawing for TV and movies without a deep love for both. For television, my top three are, Deadwood, which is simply superb, Yellowstone and Firefly. All western themed, it turns out. I’m a little obsessed with the Firefly show and my home studio is surrounded by a whole bunch of Firefly collectibles.

When it comes to movies, my picks can change wildly depending on my mood at the time, but here are a few of my favorites; The Shawshank Redemption, Robin Hood; Prince of Thieves, Young Guns 2, Braveheart and The Labyrinth. Nothing too brainy here, but I’ll come back to each one and watch it again and again.

brotherhood of the wolf

dawn of the dead

Indiana Jones and the Raiders of the Lost Ark

Star Wars: The Rise of Skywalker