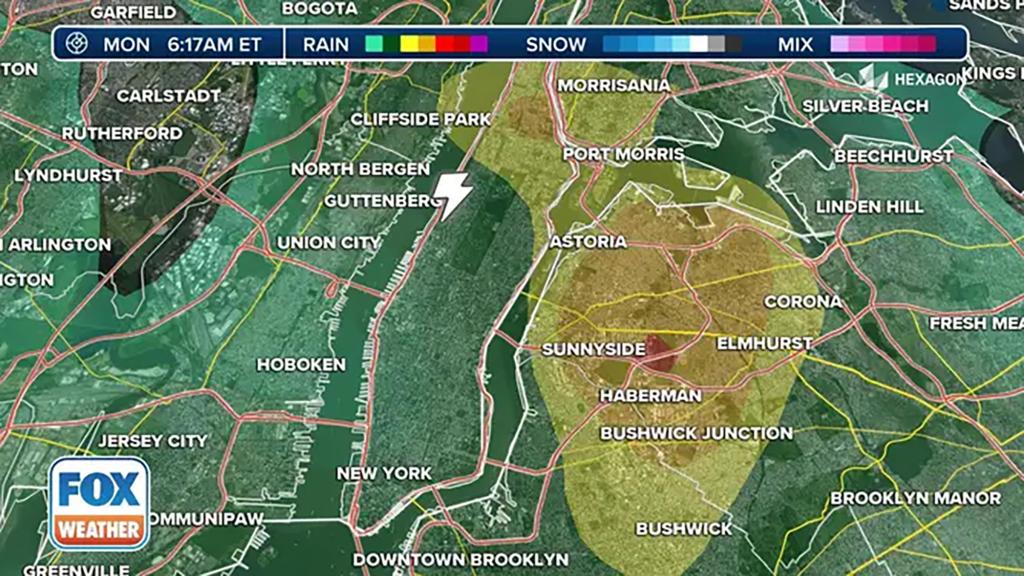 The ‘city that never sleeps’ can blame Mother Nature for making it literal on Monday morning, when several New Yorkers said they were rocked from bed due to unusually loud crackles of thunder.

“It woke me up – it was extremely loud and lasted a lot longer than usual,” said FOX meteorologist and senior weather producer Greg Diamond. “I would estimate the loudest part was about 2-4 seconds long and instead of the usual loud crack of thunder. There were several loud booms.

According to Chris Vagasky of Vaisala, five cloud-to-ground lightning strikes were measured in the Manhattan area.

One of these bolts hit the top of the World Trade Center:

This is nothing new – Vagasky reports that the WTC is struck by lightning about 109 times a year on average.

The reason for the figuratively “supercharged” thunder was a temperature inversion over New York. For those on the ground, the temperature was 51 degrees, but at around 900 feet the temperature had warmed to 54 degrees, instead of the usual cooling with altitude.

This inversion can trap sound waves near the surface, according to FOX meteorologist and weather data scientist Shane Brown.

“Sound propagation can vary depending on the temperature characteristics of the atmosphere near the point of origin,” Brown said. “In an environment where you have a shallow layer of cold air on the surface covered by warmer air higher up, you can kind of ‘trap’ the sound waves refracting upwards. This leads to sound waves that tend to dissipate more slowly and can spread farther.

And can wake up even the soundest of sleepers amid the hustle and bustle of Manhattan.