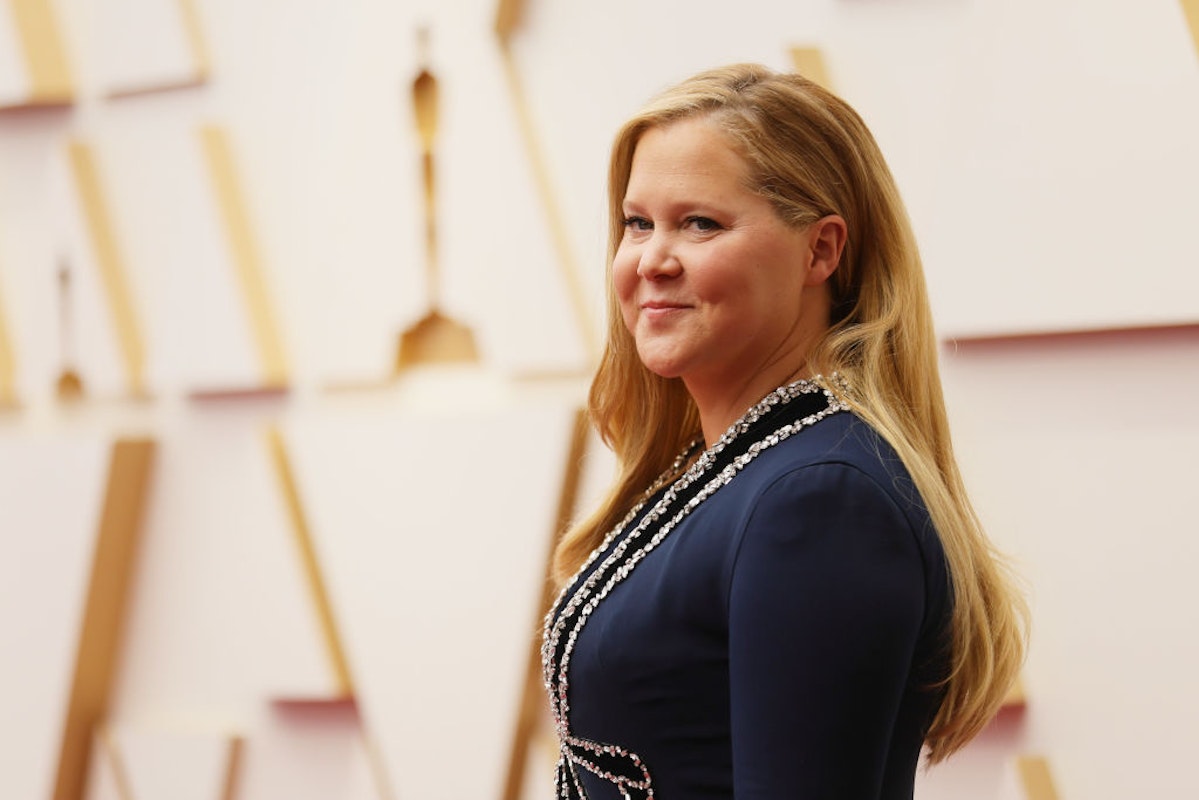 Amy Schumer slammed a headline claiming she and husband Chris Fischer were moving into a $12.5 million mansion in “star-studded Montecito,” California, and said she was never going to do a joke at the Oscars about Alec Baldwin’s “Rust” shooting.

The 40-year-old comedian shared a screenshot Tuesday on Instagram of a report in the Daily Mail with a headline that read, “Exclusive: Movin’ on up to the WEST side! Amy Schumer and husband Chris Fischer go bicoastal after snapping up $12.5 million ocean-view mansion in star-studded Montecito.”

“This is not true,” Schumer captioned her post. “I also was never going to say the Alec Baldwin joke at the Oscars. But I am saying anything I want at my live shows. Hope you come out. Link in bio for tickets to my shows. I’m touring august through the holidays!”

DailyMail.com can exclusively reveal the 40-year-old comedian is currently in escrow on the dream property in the affluent town where neighbors include Ellen DeGeneres, Katy Perry and Orlando Bloom, and Prince Harry and Meghan Markle.

This will be the first home on the West Coast for the New York native, who currently owns a posh 3,000 square foot, $12.15 million pad on the Upper West Side of Manhattan.

The piece noted that the “Trainwreck” star has denied buying the multi-million dollar home, but the outlet said its sources stand behind their information. The 7,600 square foot home is described as a six-bedroom, two-story, eight-bathroom home built in 2001 sitting on 20 acres. Pictures of the mansion can be seen here.

As previously reported by The Daily Wire, Schumer reportedly took the stage for a stand-up performance after she hosted the 94th Academy Awards and shared jokes she said she wasn’t “allowed” to do for her Oscars gig, including a wisecrack about Alec Baldwin on the “Rust” set.

Schumer reportedly made a joke about the sexual misconduct allegations against actor James Franco, who has denied them, and several jokes about Joe Rogan, though the outlet did not mention what those were.

She then turned her focus on Alec Baldwin’s shooting on the New Mexico film set where cinematographer Halyna Hutchins was shot and killed on October 21 after a firearm Baldwin was holding discharged a bullet, as previously reported.

“’Don’t Look Up’ is the name of a movie?” Schumer reportedly told the crowd. “More like don’t look down the barrel of Alec Baldwin’s shotgun. I wasn’t allowed to say any of that [at the Oscars]but you can just come up and [slap] somebody.”

Schumer and Fischer tied the knot in 2018 and have a two-year-old son together.

The Daily Wire is one of America’s fastest-growing conservative media companies for breaking news, investigative reporting, sports, podcasts, in-depth analysis, books, and entertainment for a reason: because we believe in what we do. We believe in our country, in the value of truth and the freedom to speak it, and in the right to challenge tyranny wherever we see it. Believe the same? Become a member now and join our mission.