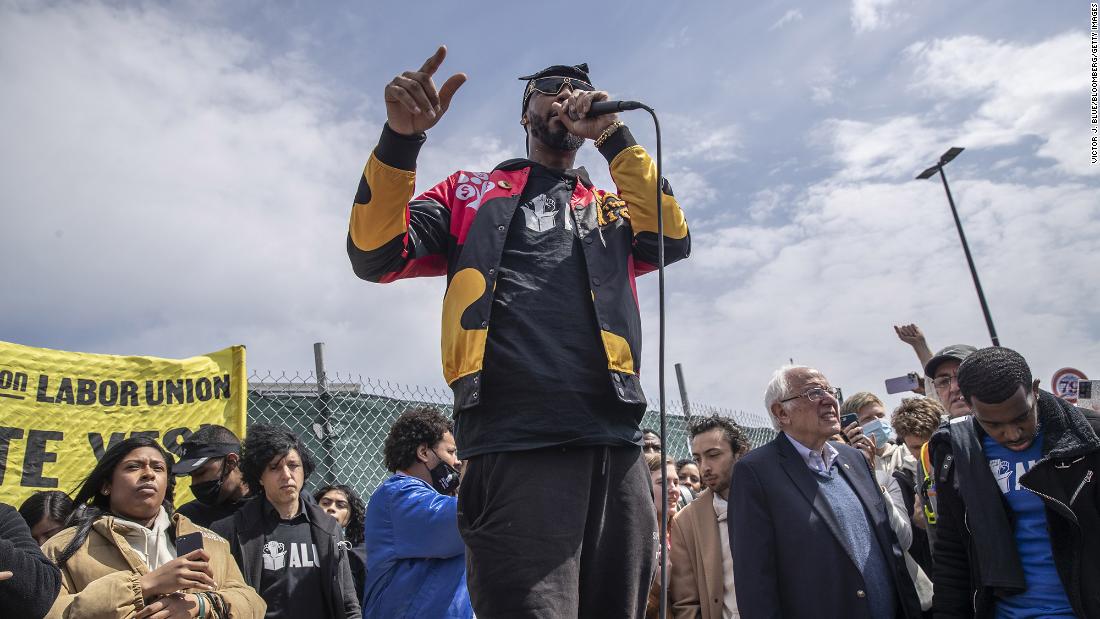 The election, held last week at the Staten Island sorting center known as LDJ5 and whose votes were counted on Monday, was the second organized by the Amazon Labor Union (ALU), a union newly created, created by a local group of Amazon warehouse workers and led by a terminated employee.

A public tally of the vote, held Monday at the Brooklyn office of the National Labor Relation Board and broadcast on Zoom, strongly favored non-unionization. There were 618 votes against unionization and 380 for. Of approximately 1,633 eligible voters, 998 votes were counted. No ballots were contested. Two ballots were spoiled.

The LDJ5 election caught the attention of top labor leaders, including Senator Bernie Sanders and Representative Alexandria Ocasio-Cortez, who rallied with Amazon workers on Staten Island a day before the election was to begin.

ALU’s unlikely success in its first election at Amazon’s JFK8 warehouse, which employs more than 8,000 workers and is also located in Staten Island, has potentially exposed wider implications for the vast network of facilities. from Amazon.

ALU’s organizing efforts grew out of tensions between workers at Amazon and Staten Island over the company’s response to the pandemic as well as existing frustrations over working conditions. Amazon’s workplace has come under scrutiny for its high turnover rates and workplace injuries in recent years. Christian Smalls, who was fired by Amazon at the start of the pandemic and is now president of ALU, called the initial victory “a catalyst for a revolution with Amazon workers, much like the effort to organize Starbucks. in an interview with CNN last month. “We want to have the same domino effect.”
Amazon has repeatedly said in statements that its “employees have always had a choice whether or not to join a union,” while spending millions on consultants to fight unions last year alone and campaigning union busting in the facilities. Amazon said it was “disappointed” with JFK8’s results and raised a number of objections to the Staten Island union’s previous vote as it called for an overhaul; an NLRB hearing on the matter is scheduled for later this month.