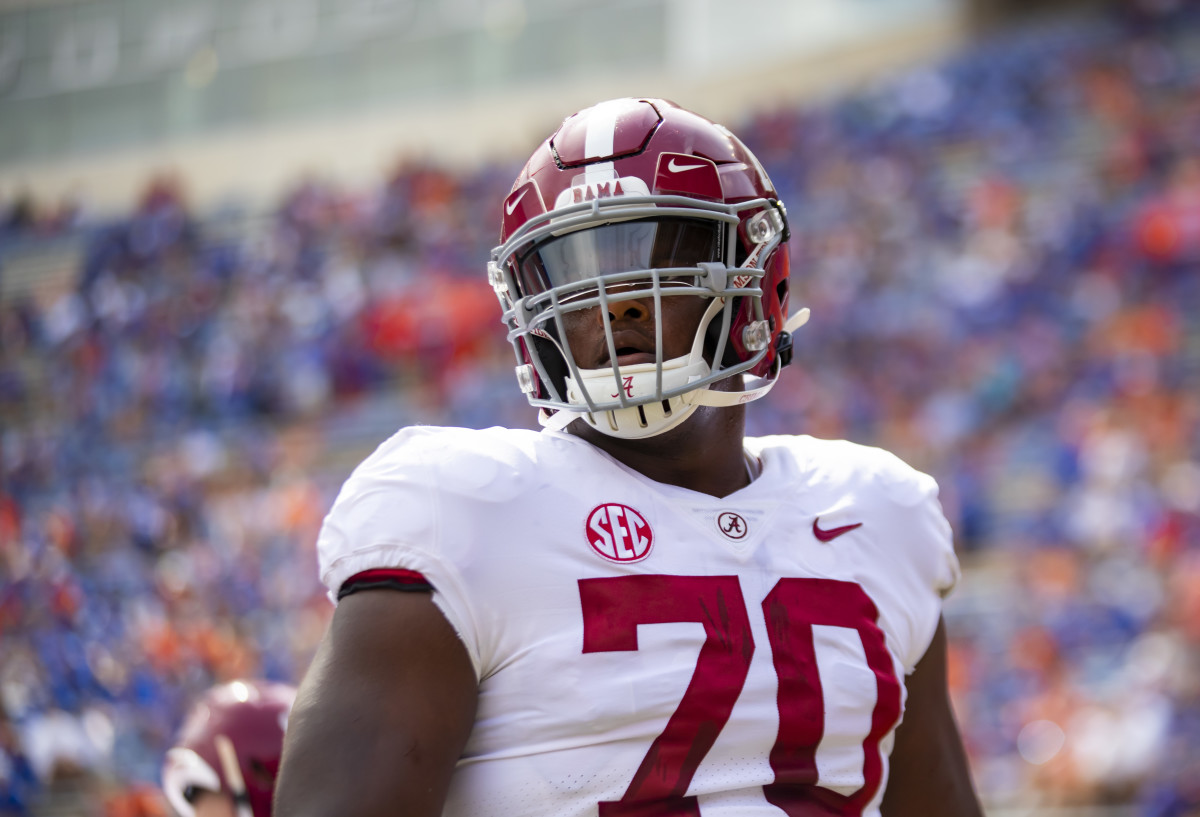 Alabama starting offensive lineman Javin Cohen has spent the past month in rehab while working to overcome mental health issues, he announced via an Instagram post on Tuesday.

“The pressure we feel as athletes is insurmountable and can be too much at times,” Cohen wrote in the post. “I don’t want to focus on the bad though, I want to shed some light on the good that came out of it. (one of the lessons I learned here lol.) Herren Wellness has taught me so much about myself and life that I am forever grateful for. The biggest lesson is it’s okay not to be okay, but it’s not okay not to say you’re not okay.

“I know I’m not alone when I say I felt for a very long time that I had no support. No outlet to express my emotions too without feeling judged or afraid to do so. Being here has taught me and so many others around me that this is not true. Being vulnerable doesn’t make you weak, it actually shows how strong you are. I have a lot of tools that I learned here that will help me become the man I want to be and it all started with a simple statement. ‘I am not well.’

“For anyone who feels alone, you are not. There are people in this world who are willing to help you, but the first step is to allow them too. I encourage anyone reading this to stepping forward and standing up for their sanity. the struggle ends when you decide to speak up. it has been an absolute blessing from god and i am completely sure it will be for others too. seek the help you need and don’t be afraid to speak openly about your issues. Eternally grateful to Herren Wellness, my support system, and most importantly, God for giving me the strength to go through this journey and become a better man. I look forward to living more and more every day!

The Herren Wellness that Cohen refers to in his post is an addiction treatment center founded by former NBA player Chris Herren. It has locations in Massachusetts and Virginia.

Cohen is the second Alabama offensive lineman to spend time at Herren Wellness this offseason. Dayne Shor has also opened up about his time there after entering the transfer portal in May. Shor was then transferred to Connecticut.

Cohen, a native of Phenix City, Alabama, started all 14 games he appeared in at left guard last season. He is expected to keep his starting role ahead of his junior season this year.