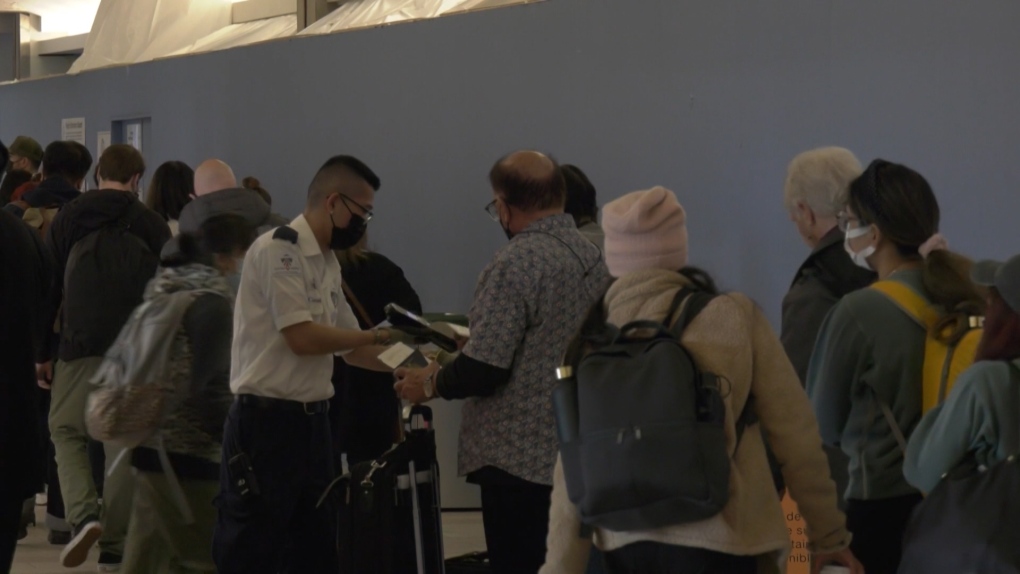 A former security screening employee who worked at Vancouver International Airport says she quit her four-year job due to poor working conditions and low pay.

Shuchi Shah was employed by Allied Universal Security, an American company contracted by the Canadian Air Transport Security Authority (CATSA) to handle security screening at airports in British Columbia and the Yukon.

She says many of her former co-workers have also recently quit or simply haven’t returned to the company after being recalled following COVID-19-related layoffs.

“Think about it. We are so exhausted. We work so hard. We don’t get enough support from our management,” Shah said. “We don’t get paid enough. Every screener is just tired.

She quit her job in April when she had no other.

CATSA said it was aware that AUS was struggling to recruit and retain employees, leading to a staffing shortage which caused long queues for security at YVR – prompting the airport and airlines to encourage travelers to arrive as early as possible to avoid the possibility of missing flights.

On several occasions in recent days, lines leading to security checkpoints have weaved their way through airport terminals, with some travelers reporting waits of up to three hours.

According to the International Association of Machinists and Aerospace Workers, which represents front-line security screeners at Canadian airports, each day there are only enough staff available to open five of the 14 security lanes. in YVR’s domestic departures area.

“We ask our members to do more with less. They are managing in very difficult conditions and continue to do their job with a high degree of diligence, but at the end of the day they just can’t keep up with the amount of work that is going on,” said Local 2323 President , Dave Flowers.

AUS employees at YVR, whose pay tops just over $22 an hour, have also been working without a contract since November, but the union said that had no impact on staffing levels.

Flowers called on CATSA to take a more active role in ensuring that the AUS upholds its contract to provide the level of security screening that Canadian travelers expect.

“What is the solution to retain people? I think it comes down to basic respect for employees,” he said. “We want to urge CATSA and Transport Canada to hold these contractors accountable.

In an emailed statement to CTV News, AUS did not respond to questions about working conditions and the current status of labor negotiations.

“Like companies around the world, the Allied Universal team has been impacted by staffing challenges as the global COVID-19 pandemic continues to significantly disrupt labor markets,” the statement said.

“We would like to take this opportunity to thank our screening officers for ensuring the safety of the traveling public. We are also grateful for the patience and understanding of travelers as they go through security checks.

“We continue to work with our contractor Allied Universal to ensure security screening operations at Vancouver International Airport are as effective and efficient as possible,” CATSA said in a statement.

At this time, these efforts may not be apparent to travelers facing long waits to clear security when passing through YVR.