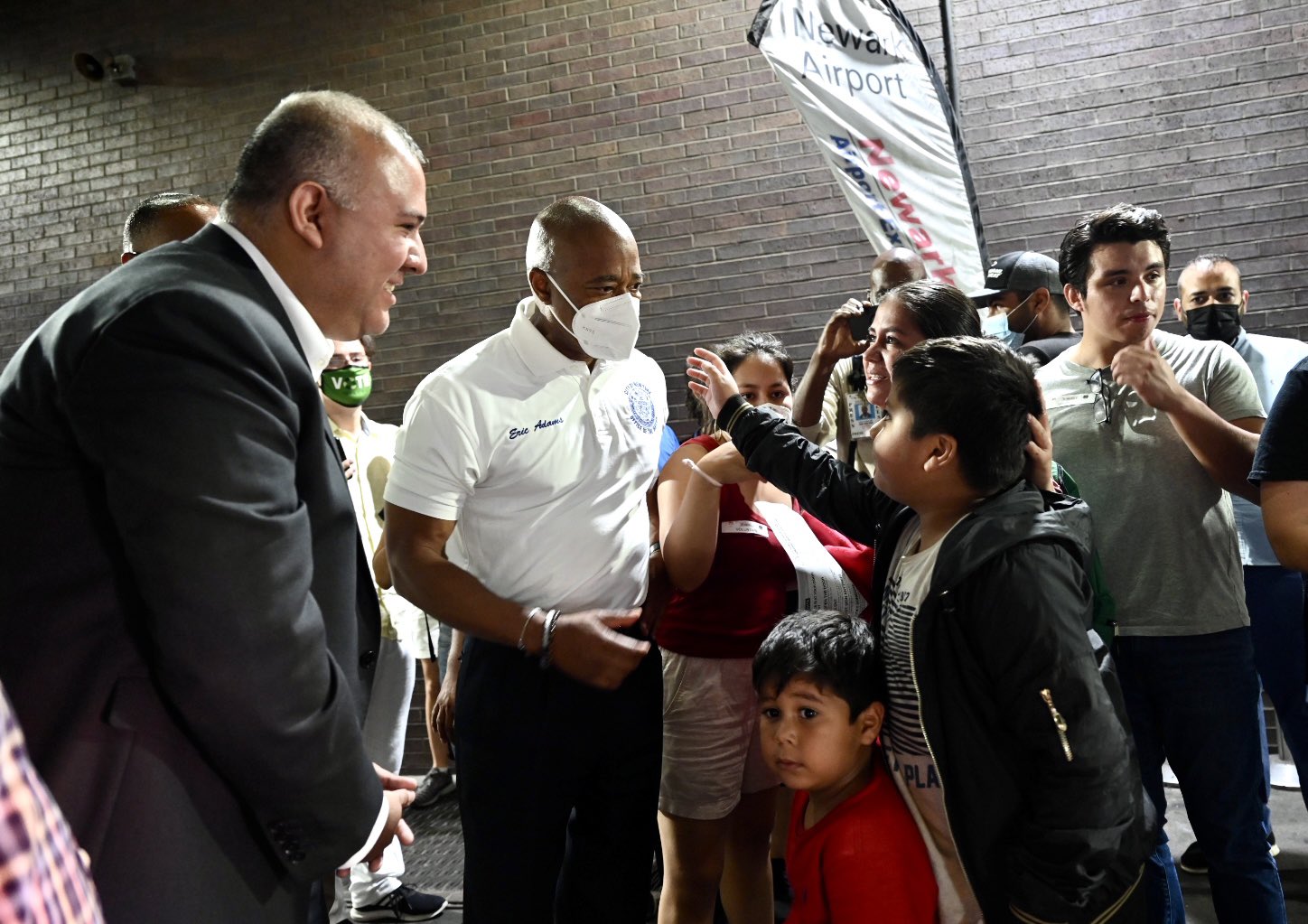 Adams said migrants were forced onto buses – even if they wanted to go to destinations other than New York. Some were falsely told they would be taken to their desired destination, only to end up bound for New York, he said.

“Some of the families are on the bus who wanted to go to other places, and they weren’t allowed to. They were forced onto the bus,” Adams said. “Our goal is to immediately know the needs of each family and provide them with the help they want.”

The city estimated last week that 4,000 asylum seekers have entered its accommodation system since late May. Adams pointed to the influx when he revealed last month that the city violated state law failing to place destitute families in city shelters in a timely manner.

Abbott ordered the Texas Division of Emergency Management to charter buses to transport migrants from Texas to New York and Washington, DC, where thousands of newcomers have been sent since April.

“Due to President Biden’s continued refusal to acknowledge the crisis caused by his open border policy, the State of Texas has had to take unprecedented action to keep our communities safe,” Abbott said in a statement. .

“In addition to Washington, DC, New York is the perfect destination for these migrants, who can benefit from the abundance of city services and housing that Mayor Eric Adams has boasted about in the sanctuary city,” the statement said. “I hope he keeps his promise to welcome all migrants with open arms so that our overrun and overwhelmed border towns can find relief.”

Fourteen people were dropped off at the bus station on Sunday morning, after three days of travel. Adams said officials expected 40 people to be on the bus, but others appear to have gotten off at other stops along the route.

“It’s unimaginable what the governor of Texas has done, when you think of this country, a country that has always been open to those fleeing persecution,” Adams said. “We have always welcomed them. And this governor doesn’t do that in Texas. But we’re going to set the right tone to be here for these families.

Migrants who want to stay in New York will be placed in shelters if necessary, while volunteers will try to help those who want to go to other cities where family members are waiting for them.

Adams reiterated his call for federal help to deal with the influx of asylum seekers.

“We need help, and we’re reaching out to the federal government to tell them we need help,” he said. “We will get out of this.”

The mayor said Texas officials did not communicate about the bus push, and his administration was not notified of the departure of the buses or given information about the passengers.

“It’s unfortunate that the governor of Texas is not coordinating,” he said. “They don’t give us any information.”

Adams declined to call for changes to federal immigration policy, saying he was focused on getting help to provide for arriving migrants.

“What Governor Abbott is doing is cruel and misleading,” said Manuel Castro, the mayor’s office commissioner for immigration affairs. “But we won’t fall for these scare tactics, and we’ll make sure asylum seekers have the resources and support they need here in New York.”

CORRECTION: An earlier version of the caption for this article misidentified who and what was seen in the photo.