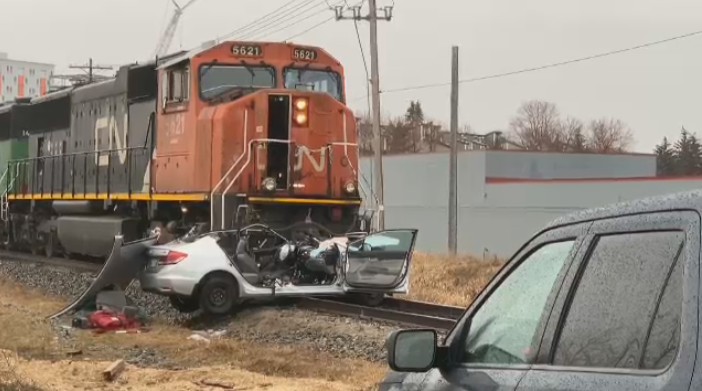 Winnipeg police have provided an update on a crash Friday involving a train and a car.

The incident happened in the Bairdmore Boulevard area near De Vos Road around 5.45pm.

Police say a car was hit by a train at the crossing.

There were two people in the car, two men, and they were taken to hospital in stable condition.

A witness at the scene told CTV News that the car was pushed a few hundred yards down the track.

Roads were closed in the area at the time of the crash, and CTV News contacted the city for details.