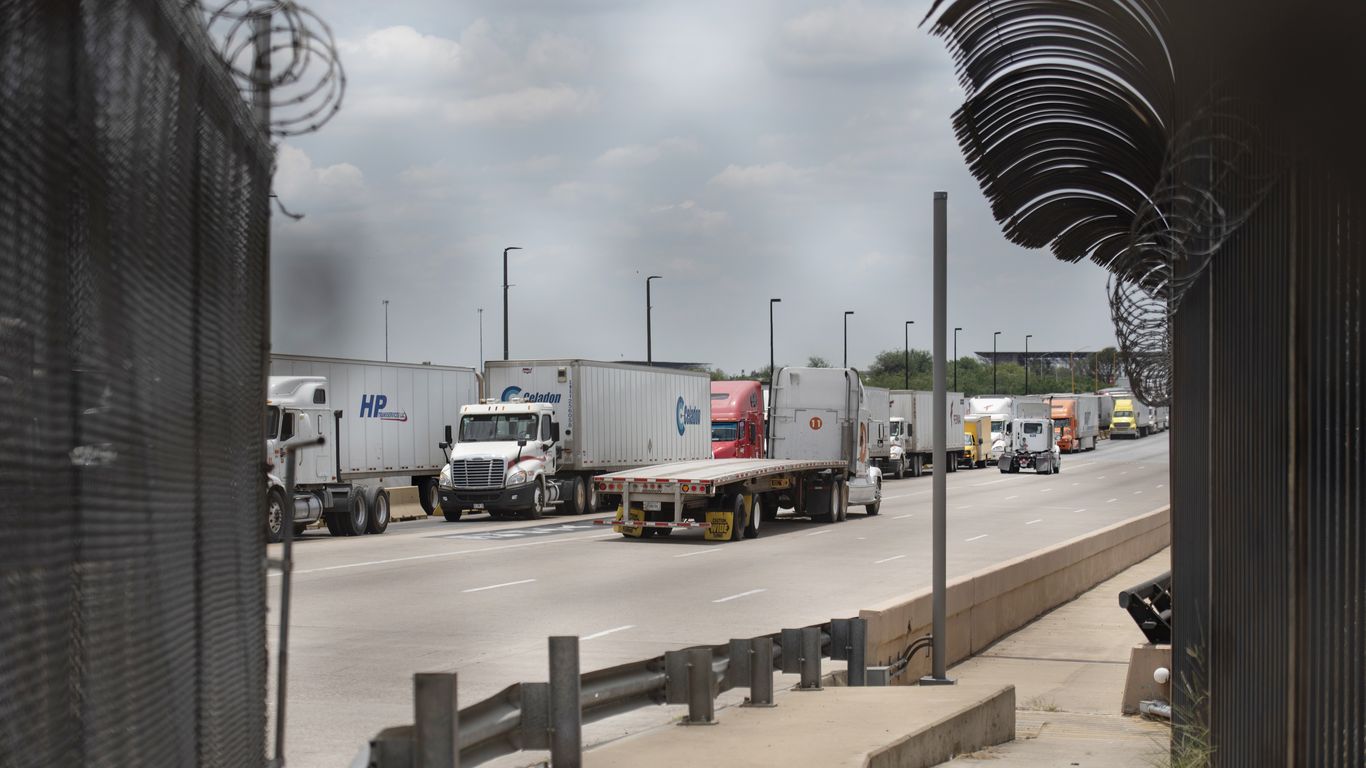 Commercial truckers bringing in produce and other goods from Mexico are protesting a new rule by Texas Gov. Greg Abbott requiring additional inspection, resulting in extremely long wait times and the shutdown of at least one border crossing.

Why it matters: Mexico is the US’s biggest source of agricultural imports, and the US relies on an intricate, but relatively speedy inspection system at the southern border to get goods through.

Details: Abbott, a Republican running for re-election, last week ordered state troopers to conduct additional inspection of commercial trucks in response to the Biden administration’s lifting of a policy that turned asylum-seekers away in the name of public health, which takes effect in May .

Bottom line: Truckers are waiting over a day in their cars, in high temperatures, to bring goods into the US, per the Texas Tribune. Some have been protesting.

Editor’s note: This story has been updated with CBP’s statement.