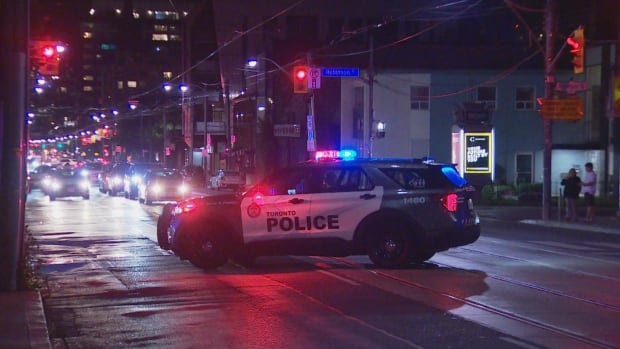 A man was taken to hospital in a life-threatening condition after being stabbed downtown Tuesday night, according to Toronto police.

It happened in the area of ​​rue Bathurst and rue Dundas Ouest. Police were called to the scene at 9:20 p.m.

Officers located the victim after arriving at the scene.

Toronto paramedics took him to the hospital.

Police closed the northbound and southbound lanes of Bathurst Street as officers investigated on Tuesday evening.