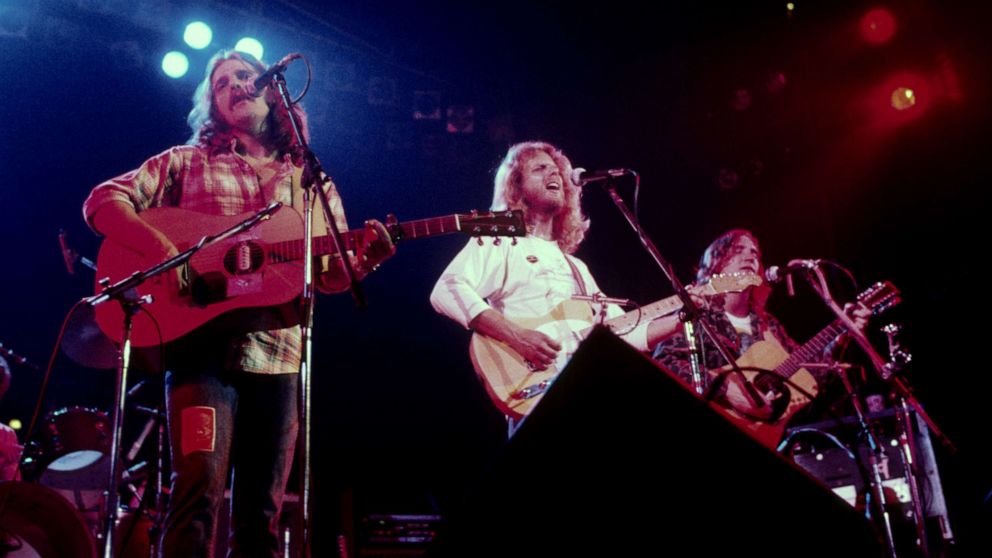 Three men were arrested on Tuesday for conspiring to illegally possess and sell 100 pages of liner notes and lyrics from the Eagles’ album “Hotel California,” including Don Henley’s lyrics to the songs “Hotel California,” “Life in the Fast Lane” and “New Kid in Town.”

A biographer of the group allegedly stole the handwritten manuscripts in the 1970s and, in 2005, sold them to Glenn Horowitz, a rare book dealer and one of three people charged on Tuesday.

Horowitz then sold them to Craig Inciardi and Edward Kosinski, according to the Manhattan District Attorney’s Office.

The charges include conspiracy, criminal possession of stolen property and obstruction of prosecution.

“New York is a world-class hub for art and culture, and those who sell cultural objects must scrupulously follow the law. There is no place for those who would seek to ignore the fundamental expectations of fair use and to undermine public confidence in our cultural commerce for their own ends,” Manhattan District Attorney Alvin Bragg said in a statement.

Henley filed police reports after learning that Inciardi and Kosinski were trying to sell parts of the manuscripts. He also told them that the materials had been stolen and demanded that they return his property.

Prosecutors say the defendants responded by engaging in a year-long campaign to prevent Henley from recovering his manuscripts.

“The district attorney’s office is alleging crime where there is none and unfairly tarnishing the reputations of highly respected professionals,” the attorneys said. “We will vigorously fight these unwarranted accusations. These men are innocent.”

“[Frey] alas, is dead and identifying him as the source would make that go away once and for all,” the indictment said, citing an email allegedly sent by Horowitz.