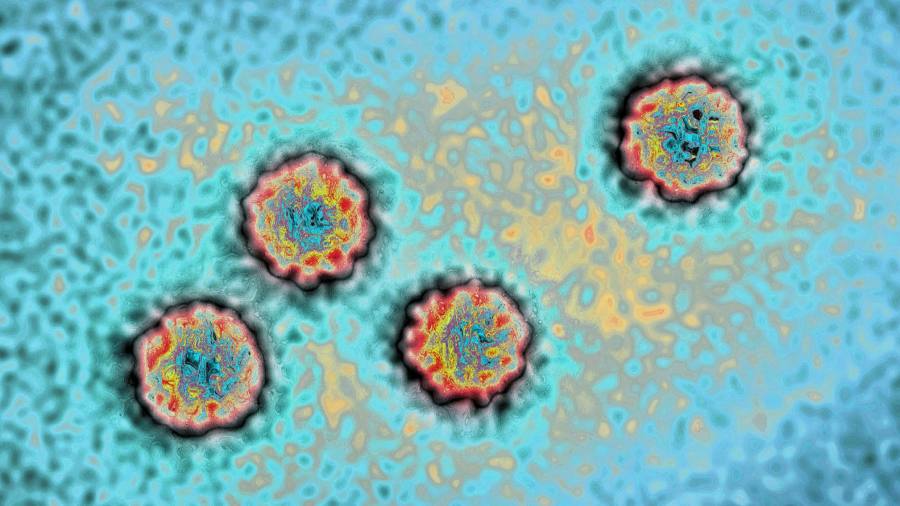 Global health authorities are investigating unexplained cases of severe hepatitis in children that have been recorded in more than a dozen countries around the world.

About 190 cases of severe liver inflammation of unknown origin have been identified worldwide, the European Center for Disease Prevention and Control announced on Tuesday.

In early April, British health officials sounded the alarm over the mystery illness, which has largely affected children under 10.

Andrea Ammon, director of the ECDC, said investigations into the causes of the outbreak were “ongoing” but “the exact cause of this hepatitis is still unknown”.

She said early findings “indicate a link to adenovirus infection.” Adenovirus – a group of viruses usually associated with symptoms such as a persistent cough, conjunctivitis or diarrhea – rarely causes hepatitis in healthy children.

One possible factor, Ammon said, was that children with “little exposure” to adenovirus due to decreased social mixing due to Covid-19 restrictions were contributing to more severe outcomes. However, she cautioned that in terms of explaining why the cases were emerging now: “it’s just speculation.”

Three-quarters of British children who have been tested for adenovirus after falling ill with unexplained hepatitis have tested positive, according to data from the UK Health Security Agency released on Monday. The UK had recorded 111 cases of the disease as of April 21. The United States, Israel and 10 other European countries have also recorded cases.

Tedros Adhanom Ghebreyesus, director-general of the World Health Organization, told a news conference that 17 children needed liver transplants and one child died after contracting the disease.

He said symptoms included abdominal pain, diarrhea, vomiting, jaundice, severe acute hepatitis and increased liver enzyme levels. However, the viruses that commonly cause acute viral hepatitis were not detected in any of the cases.

Adenovirus had been detected in at least 74 cases and that, and other hypotheses, were being investigated, Tedros said.

The WHO was “working closely with the European Center for Disease Prevention and Control and affected countries to support ongoing investigations, including additional laboratory testing,” he added.

Scientists are also investigating whether adenovirus combined with a previous coronavirus infection or concurrent Covid-19 infection could be behind the rise in severe hepatitis.

Genomic sequencing analysis is underway to determine whether adenovirus type 41, which has been linked to the outbreak, has taken on mutations that could lead to hepatitis.

But health officials have ruled out the possibility that the traditional types of hepatitis virus – A to E – were behind the outbreak, or that the Covid-19 vaccination was to blame.

Phillippa Easterbrook, a medical expert with the WHO’s HIV, hepatitis and sexually transmitted infections programme, added that it was “very unusual for an adenovirus to cause these kinds of severe symptoms”.

She said reports of unexplained hepatitis in children occur every year and it was possible that increased testing and awareness could “uncover and recognize more cases that have always been there”.