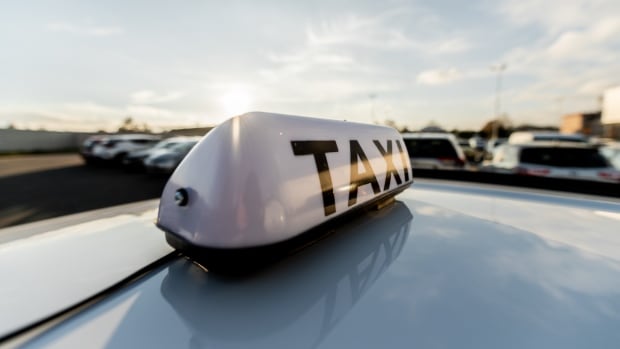 Mindy Zimmering was walking to a dollar store in Richmond, British Columbia, on Tuesday night when she decided to be a good Samaritan and help a young man who approached her in the parking lot and told her said he didn’t have enough to pay for a taxi.

She says her good deed resulted in almost $7,000 in fraudulent charges to her debit card, making her one of the few victims of an elaborate scam going on in town.

Richmond RCMP issued a public warning on April 22 in hopes of protecting others from Zimmering’s fate.

On Monday, police issued a second warning to underscore the seriousness of the scam.

Police say there have been at least eight reports since April 22 of a man approaching people in busy parking lots to ask for help with a taxi.

After the victim agrees to help him, a bogus taxi arrives and the driver, who is involved in the scam, says he can only accept debit cards and the tap function does not work on his machine . He then takes the card and pretends to make a transaction, asks the victim to enter his PIN, then hands him another card.

Zimmering said she was returned a debit card that looked exactly like hers and she didn’t think anything was wrong.

She says she learned of the fraudulent charges when her bank contacted her. By then, five illegal transactions totaling approximately $6,900 had been made, including the withdrawal of $2,500 in cash.

Zimmering said, looking back, there were red flags she missed.

“What taxi doesn’t want money?” said Zimmering, who says she now hopes her bank will repay her stolen funds.

She wants others to remember to always look for the taxi driver’s license inside the vehicle before making a financial transaction and to ask the driver if he asks for a specific form of payment.

Zimmering said the man who approached her was between 25 and 35 years old and the vehicle was a red sedan with a taxi sign on it. Police also told the public to beware of a white Toyota Camry with a similar sign.

The RCMP say the scammers could use several different vehicles, all with a white taxi sign displayed.

The warning issued by police described the man approaching people as Middle Eastern and in his early 20s. The false driver is believed to be a Fijian or South Asian male in his early twenties.

“Our frontline investigators and Economic Crimes Unit are working diligently to identify and locate suspects. In the meantime, we believe it is necessary to alert the public to this fraudulent activity,” said Cpl. Ian Henderson.