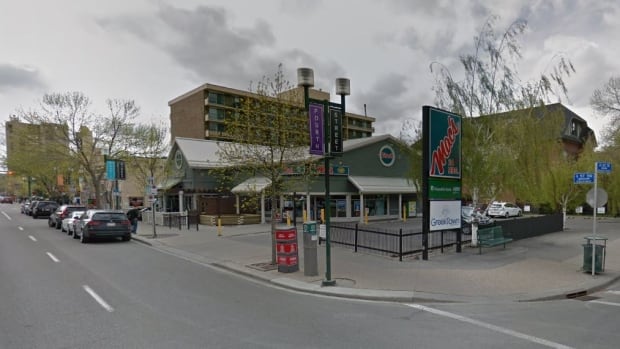 “If you are a woman in Calgary, Alberta, this video is for you.”

Those are the words of a young woman who posted a 53-second video to TikTok after being followed by a man in a truck who then exposed himself and masturbated in front of her.

The story was posted to social media by both the alleged victim and a woman who witnessed the aftermath and supported the stranger as she tried to get police to respond.

More than 40,000 people have watched the young woman’s video.

‘Called the police … nobody came’

Both issued warnings to other women who find themselves in similar situations.

“Called the police, waited 41 minutes, nobody came,” said the victim, whom CBC News will identify as MJ.

Calgary police say officers met with the victim Friday and “the investigation is ongoing.”

“We understand there are frustrations and acknowledge requests for more information regarding our response time in this instance, and we are working to determine exactly what occurred,” CPS said in its statement.

Based on MJ’s description of the incident, the man could be facing a charge of performing an indecent act in public.

‘He was fully unclothed’

On Thursday around 4 pm, a man in a white truck followed MJ down Elbow Drive and onto Fourth Street SW, cutting down alleys so she’d have to pass in front of his pickup.

On a fourth pass, MJ says he pulled onto the street beside her, rolled down his window and tried to talk to her.

MJ had her headphones in so she didn’t know what he was saying but says she could see into his vehicle.

Across the street, Meaghan Walsh was sitting on a patio with her partner when she heard MJ scream.

Then she spotted a white pickup truck speeding away.

Walsh crossed the street. By then, MJ was on the phone after calling 911.

There was an immediate safety concern that the truck would come back, Walsh says.

“It was very clear someone was on the way,” she said of the message the women were getting from the 911 operator.

About 20 minutes into the call, the dispatcher asked if she could take other calls, Walsh says.

It didn’t feel like the situation was a priority, says Walsh.

“Men were walking around us and we were both jumpy, we were both on edge. So it was clear that we needed some assistance, and after 41 minutes … the police officer calls her and states, ‘Is it OK if we do this over the phone?'”

The officer was condescending, says Walsh, and made it sound like it was MJ’s fault for expecting police to show up.

At that point, MJ says, she called a friend to pick her up.

“Her friend shows up within three minutes — a faster response time than the police,” said Walsh, who added she was “so completely confused as to why this wasn’t a priority.”

“I just really want to call on Calgary Police Service to change the way that they react to these calls and just prioritize them and do better,” said Walsh.

CPS says it is looking into what transpired during that 911 call.

“Thanks to the sweet girl Meaghan who helped.”