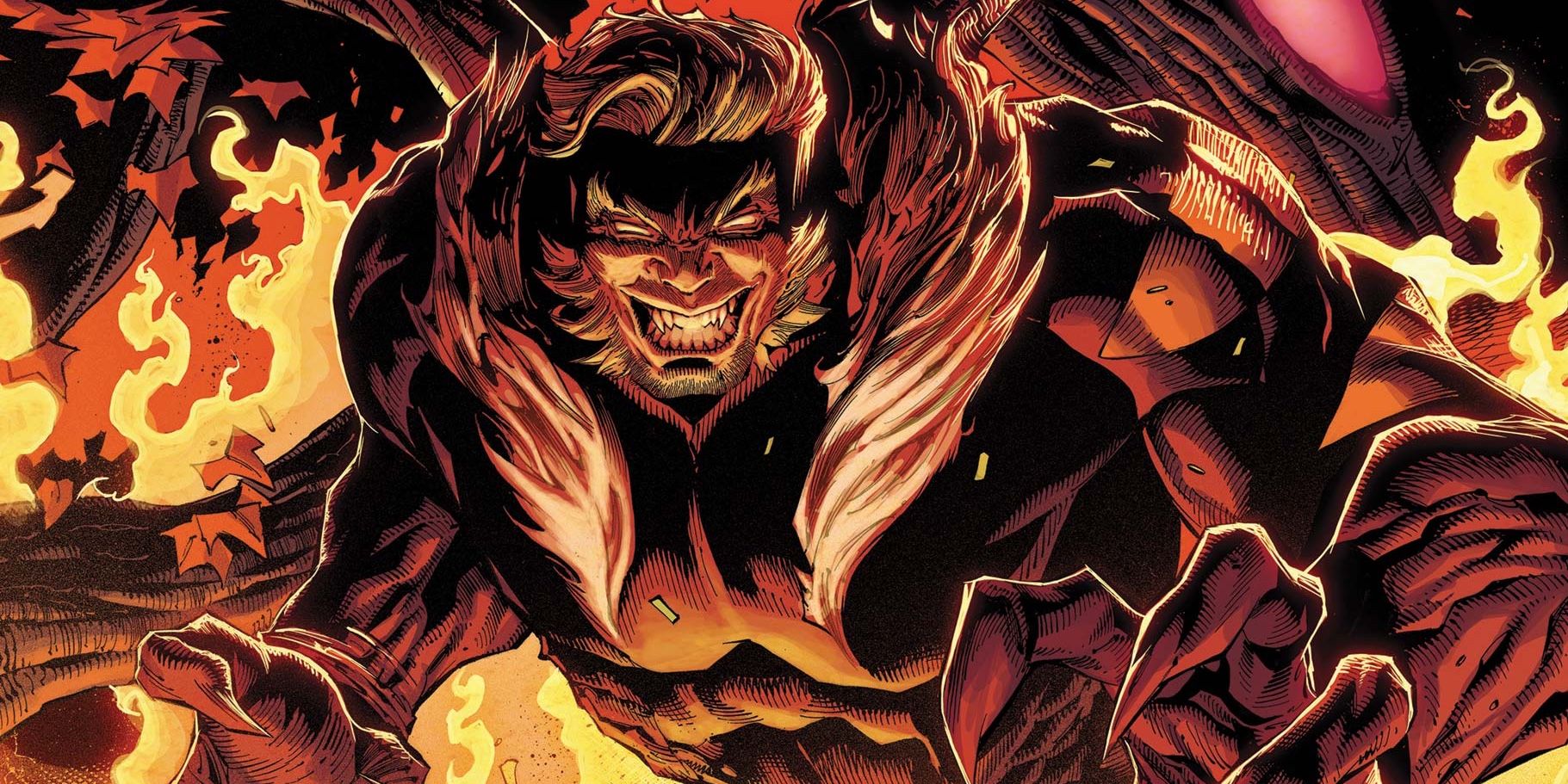 Sabretooth is an iconic X-Men villain with a penchant for being a pretty terrible guy, and now the new cover art has given him a look that suits him!

The savage villain of the X-Men and the constant thorn alongside Wolverine, Saber tooth, is a mutant synonymous with rage and violence, and in new cover art for an upcoming issue of his solo series, Sabretooth gets a facelift! Let’s just say being stuck in a perpetual Krakoa and Sabretooth hellhole hasn’t made Sabretooth any less evil, and this cover isn’t afraid to show it.

An eye-catching variant cover that is part of the forthcoming cover Sabertooth #5, by Victor Lavalle and Leonard Kirk, this new series focused on this iconic character with ties to the X-Men as he is thrown into a situation neither he nor any other living mutant has been involved in before. The first person to be imprisoned on (or rather under) the island of Krakoa, Victor Creed aka Sabretooth isn’t exactly happy with his current situation and is taking steps to ensure he doesn’t stay there long.

Serving indefinitely in a place called The Pit of Exile after violating one of the new laws of mutantkind, this Pit acts as a mental prison where Sabretooth essentially lives in a dreamland of his own making. Keeping Sabretooth’s physical body in some kind of stasis as he performs what amounts to his version of hell inside his psyche, Victor is encountered by multiple versions of himself that represent different parts of who he is as a person, with this variant cover bringing Sabretooth more of a demon side to the fore.

Hey hey I can finally reveal my new @Wonder variant cover for one of my top 5 favorite marvel villains of all time. The wild and deadly SABERTOOTH!!!!!! And the king of colors @SpicerColor revived his bloodlust.

Pre-orders are up and ready. Enjoy pic.twitter.com/fp5EEwhPXq

Drawn by the talented Maria Wolf and perfectly colored by Mike Spicer, this image immediately grabs attention not only because of its wild arrangement of warm, fiery colors, but also because of the amount of evil dripping from an art style that transforms Sabretooth into the literal manifestation of his most ruthless, ferocious, and untamed nature. A stylized version of a less than elegant villain, this monstrous take on Sabretooth sees him as a toothy, growling beast with bloody claws against a backdrop of flames, no doubt a reference to his new moniker “King of the Dead”. ‘Hell’ now that he rules his mental world like the devil himself.

Sabretooth may finally have the ability to break free from his Krakoan prison, but whether or not he will succeed remains to be seen. So until his fate is decided, this savage Saber tooth cover will have to tide fans over until the fifth issue of its Series X releases next week!

Sabertooth #5 will be available from Marvel Comics on July 6, 2022.

Brian is first and foremost a nerd in all its forms. He likes to compare himself to a black hole, consuming all forms of entertainment unlucky enough to get caught up in his gravitational pull. It’s not uncommon on any given day for him to read a few comics, settle in with a good book, watch a few movies (inside and outside the theater), catch up on his streaming queue always growing but never exhausted, challenges herself with some good video games, and of course, writing her heart. He spends every waking moment dreaming up interesting and intriguing concepts and ideas that will hopefully one day inspire and entertain anyone looking to escape from their everyday lives. A graduate of Full Sail University in good old humid Florida, Brian currently lives and works in New York and lives for the day when all he has to do is wake up and create something unique and… new for people’s enjoyment.