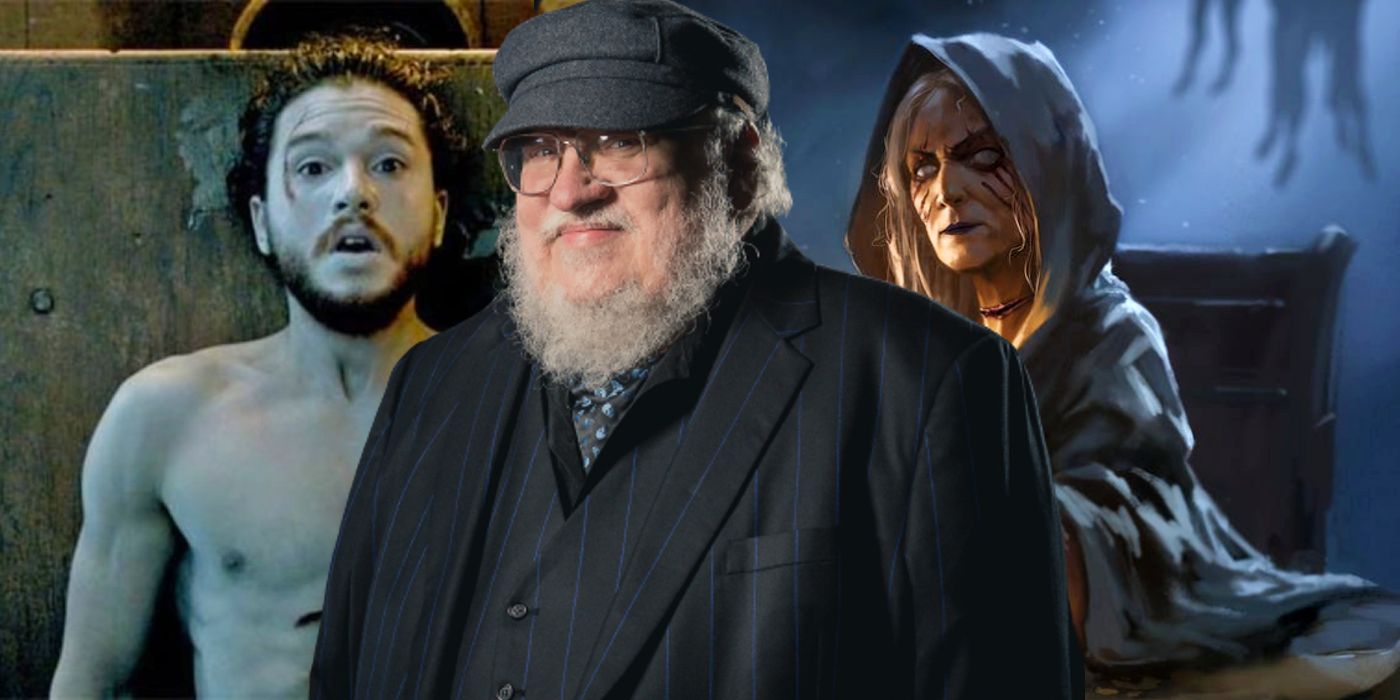 George RR Martin has hinted that The Winds of Winter will be the longest A Song of Ice and Fire book to date, which is both necessary and inevitable.

George RR Martin has suggested that The Winds of Winter could be the longest A song of ice and fire book again, and it not only makes sense but may well be inevitable for the The iron Throne-series of inspirational novels. To say it’s been a long wait for Martin’s sixth and (as it stands) penultimate entry in A song of ice and fire would be an understatement. The fifth book A dance with dragonsreleased in 2011 (the same year The iron Throne makes its debut), and The Winds of Winterthe release of took more than a decade and counts

The Winds of Winter has seen various release date forecasts and delays, with Martin pushing it back several times over the years. Now, while the author has pledged to complete the novel – and its planned sequel, a spring dream – he no longer offers any kind of promises or teasing about when he might come out. As such, The Winds of WinterThe release date of remains a big point of uncertainty as the writer struggles to finish the book, and the sheer scope of it gives an indication of why.

Related: The Winds Of Winter: Will Brienne Betray Jaime For Lady Stoneheart?

Martin said that The Winds of Winter may be the longest book to date, surpassing A dance with dragonswhich holds the record with 1,016-1,040 pages (varying between different versions), with A storm of swords the next longest at 973 pages. Martin notes that he “usually toppings” books when finished, so The Winds of WinterThe page count of is by no means decided given that there’s no indication that he finished it, but running to such an epic length would not only make a lot of sense, but could be inevitable. With only two books left, so The Winds of Winter has big questions to answer and lots of stories to tell, needing to resolve elements of A dance with dragonsimplement a spring dreamis the endgame and also tells its own cohesive story.

Even just looking at what hangs next to this The Winds of WinterPreview chapters have teased, so the sixth book’s story will have to include the resurrection of Jon Snow, the ice battle of Stannis Baratheon and Ramsay Bolton, the capture of Brienne of Tarth by Lady Stoneheart (and the possible betrayal of Jaime Lannister by the former), the arrival in Westeros of the alleged Aegon Targaryen, Tyrion Lannister arriving in Meereen and meeting Daenerys Targaryen, and possibly Dany herself then heading to Westeros, the machinations of Sansa Stark and Littlefinger in the Vale , Arya Stark’s stay in Braavos, Bran Stark’s transformation into the Three-Eyed Crow, the imminent threat of the Others, and much more. That’s before I go into detail Martin’s A song of ice and fire the books are coming, and it doesn’t really cover the amount of characters it involves or others who might just be point-of-view characters. There’s enough plot and character work here to fill two books, which means The Winds of Winterwill be needed.

Martin had previously suggested that The Winds of Winter could have over 1,500 manuscript pages [via Not A Blog]which is similar in length to what it had for A storm of swords and a spring dream before you cut, but given that the sixth book has been written for over a decade, it’s reasonable to assume it’s even exceeded that number. With the endgame aligned, the reduction also becomes more difficult because there are so many more deciding factors involved. The iron Throne‘ The ending ran into trouble without Martin’s books due to the amount of stuff to go through, and the biggest criticism was rushing through the elements. Clearly Martin won’t, but that further explains why The Winds of Winter must be his longest A song of ice and fire book.

Next: The Winds of Winter: The Biggest Game of Thrones Questions GRRM Needs To Answer

James is Screen Rant’s Films Editor, having started as a writer for the site in 2019. A sports journalism graduate, James quickly realized that supporting Sunderland AFC was bad enough without writing about it, and so decided to talk a load of rubbish about movies and TV instead. A former TV editor at WhatCulture, he has a particular love for Star Wars (The Last Jedi was awesome), Game of Thrones (Season 8 was good) and Harry Potter (JK Rowling…too bad) – you know, all those really niche and corny stuff. Spending most of his days editing articles or writing about movies and shows, James really enjoys getting away from work and relaxing by watching movies and shows. He’s fueled by pint-sized cups of tea, peanut butter, more tea, and calm, steady anger (like the Hulk, but not green, loud, or fat).