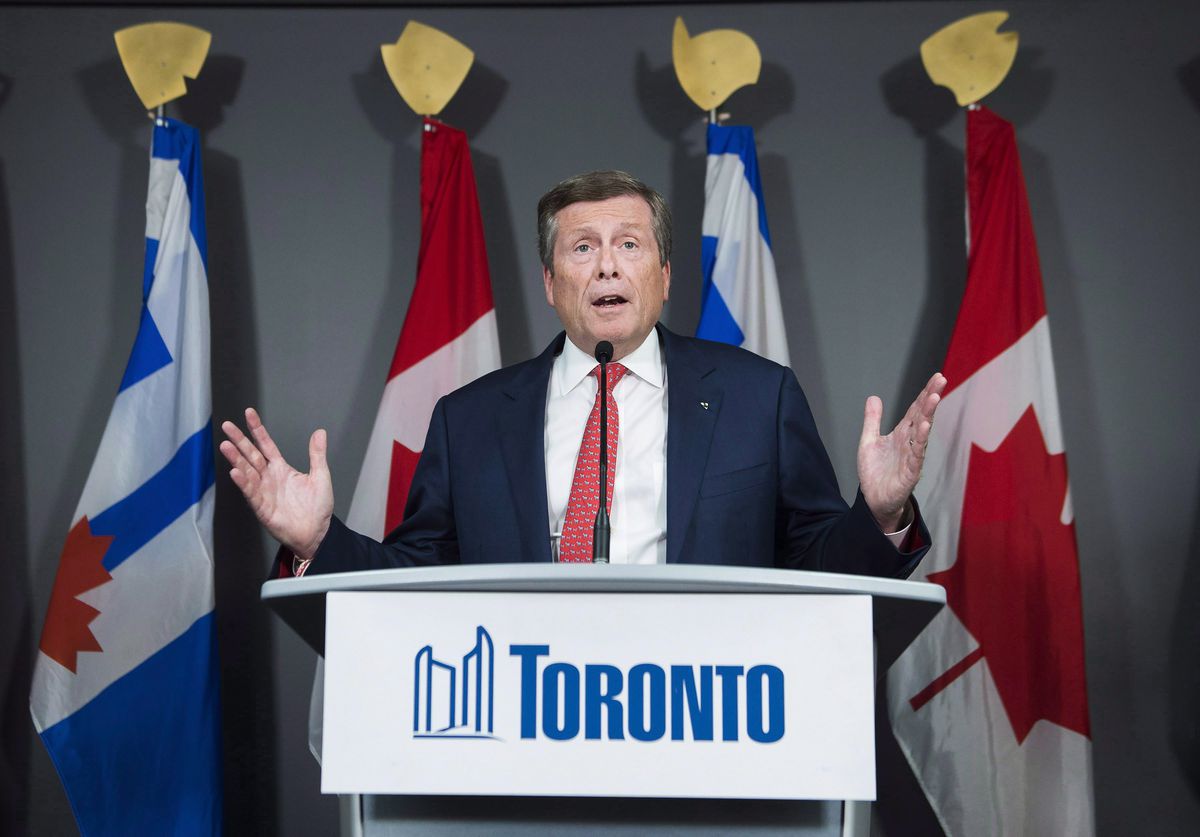 Most Torontonians shrugged when John Tory announced he would seek a third term as mayor despite having said he would stop after two. Politicians say a lot of things. Mr. Tory has been a pretty good mayor. Why make a fuss?

We shouldn’t let him off so easily. Mr. Tory insisted when he first ran for the job in 2014 that two terms would be his limit. There is no compelling reason for him to break that pledge now. The vast majority of its population vaccinated, the economy is recovering and the streets are coming back to life.

Mr. Tory says the city needs an experienced leader to help it move forward. You could just as easily argue that it needs fresh leadership to prepare for the future. Several Canadian cities have seen recent changes at the helm, renewing their politics. Mr. Tory is not essential.

He says there is still a lot left for him to do. You could say that at any time; cities are always a work in progress.

He says he is still excited to go into work every morning. “I really want to stay in this job because I love the job and I love the city.” Wonderful. But isn’t it time to give someone else a chance? Toronto is brimming with brilliant, energetic, passionate people inside and outside of politics who would make excellent candidates. Many of those who might have considered running will now decide against it, knowing how hard it is to unseat a popular incumbent.

Mr. Tory is 67 and will turn 68 in a couple of months. He has already served more than seven years in the mayor’s office. If he wins the election on Oct. 24 and completes his term, he will have been mayor for 12, beating Art Eggleton’s record of 11.

He faces no serious opposition on city council. The one councilor who might have given him a run for his money, the smart and articulate Joe Cressy, chair of the board of health, is leaving politics. Unless another major rival jumps in after campaigning starts in May, Mr. Tory will easily accomplish his three-peat. No one will challenge him on the serious issues that face the city, from housing affordability to homelessness to transit. The election will be a snore.

The lies we tell ourselves about house prices

Mr. Tory’s supporters might say: so what? Bland works. The mayor is a steady pair of hands, which is just what was needed after the Rob Ford years. As Mr. Cressy notes, Mr. Tory is a genuinely decent human being, “a good guy.” His whole brand is moderation and integrity.

But that’s what makes his decision to go back on his two-terms-and-out pledge so unfortunate. We live in a time of great cynicism about politics. The promises that politicians make are considered about as sound as the Russian ruble. When even a good guy like John Tory says one thing then does another, voters are bound to tune out or vote for some rogue who vows to drain the swamp.

This is not the first time Mr. Tory has gone back on his word, either. In his first election campaign he vowed to keep property-tax increases at or below the rate of inflation and repeated the promise often, only to break it in 2019 when he announced he was bringing in a special “city-building levy” to pay for transit, housing and other needs.

Reversals like these may seem justifiable or at least excusable at the time. Nary a murmur of protest was uttered when Mr. Tory said he would run again, partly because he has been hinting at it for so long and partly because it seemed like a minor breach in the scheme of things. But listen closely and you can hear a steady drip, drip, drip – the sound of our democracy corroding.

Keep your Opinions sharp and informed. Get the Opinion newsletter. Sign up today.