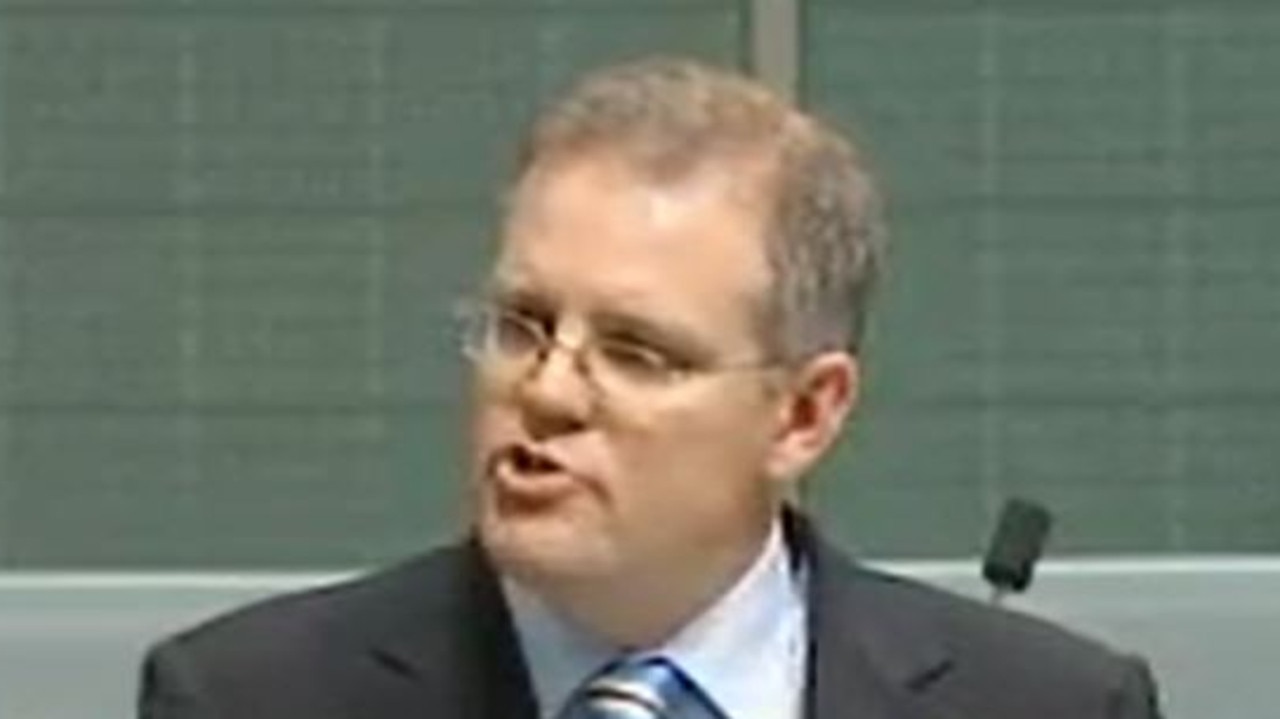 Scott Morrison has repeatedly argued that rising interest rates “is not about politics” – but a clip unearthed from 2008 tells a different story.

The larger than expected rate hike announced by the Reserve Bank today is bad news for Prime Minister Scott Morrison.

And the political threat of the rate hike was underscored by archival footage Labor quickly uploaded shortly after the news broke.

In his own words, during a 2008 speech to Parliament on cost of living pressures, a fresh-faced Scott Morrison said that when interest rates rose, the Rudd government should be held accountable.

“So it’s a fair thing – a very fair thing – for the Australian people to hold this government accountable for this commitment.”

This morning, the Prime Minister was trying to argue that rising interest rates “is not about politics”.

Of course it is, because it goes to the heart of the question of the cost of living which will decide the vote of families.

And that’s why Labor Treasury spokesman Jim Chalmers stepped up the rhetoric.

“Everything is going up except wages and now interest rates are part of the pain.”

Labor has its own challenges ahead – including the revelation from news.com.au today that the home ownership scheme it announced this week will involve an Albanian government borrowing an additional $7bn to fund this plan.

He said the program would “cost” $329 million, but that’s just interest and administration costs. He left out details on how much he will have to borrow.

Of course, for lucky Australians who can secure a place in the scheme, it would provide a foot in the door of the property market. But it does provide new lines of attack for the Coalition.

Prime Minister’s message: Now is not the time to ‘take chances’ with Labour.

The message from the Reserve Bank: expect more pain.

This is the first rate hike since November 2010 and it was bigger than expected.

RBA Governor Phil Lowe insists the looming election had no bearing on the board’s decision to raise rates. Indeed, he would have been accused of politicization if he had not raised his rates given that headline inflation is expected to reach 6%.

And as distasteful as economic medicine is, the RBA warns that it is the only responsible path.

“We have operational independence and it is a testament to Australia’s political culture that independence is respected. We make our decisions in the best interests of the country: that’s what we always do and what we have done today,’ RBA Governor Philip Lowe said.

During his press conference today, the Prime Minister was asked a brutal question.

“Did your government just lose the elections? asked a reporter.

Mr Morrison scoffed before gently telling the reporter ‘Of course not’.