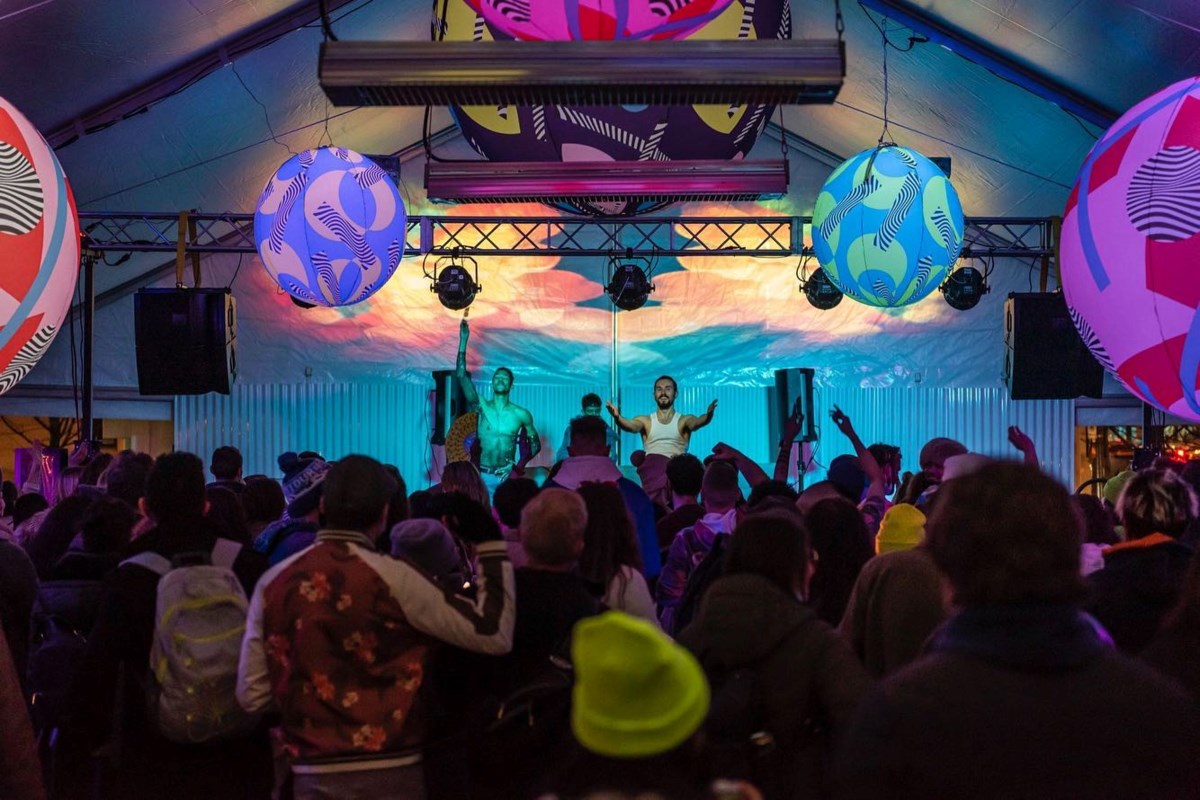 Famous for its neighborhood pop-up parties and Pride celebrations, Public Disco is heading to downtown Vancouver for its next party.

Their previous nightclub took over the largest mural and art studio in town (which was once an iconic motel). Now the avid revelers are planning the special pre-Pride celebration; the next nightclub in their summer series.

The upcoming party will precede the official Pride celebrations towards the end of the month and will feature four queer performers with lots of drinks, food trucks and dancing.

The disco makes its appearance on July 16 at the Bentall Neighborhood Patio and is free for everyone (of all ages) to come party.

Public disco at the Bentall Center