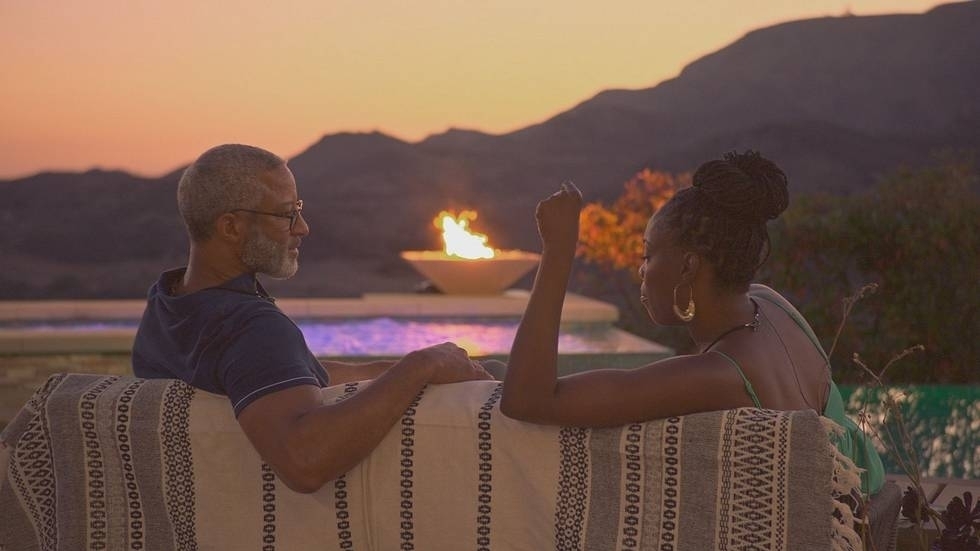 Philip Patrick and Kiki Orr on My Mom, Your Dad.

Philip Patrick and Kiki Orr on My Mom, Your Dad.

Here’s what NPR’s Pop Culture Happy Hour crew was paying attention to — and what you should check out this weekend.

I’ve been catching up on albums released this year, and one that I keep coming back to is SASAMI’s new album, Squeeze.

SASAMI is an artist out of Los Angeles, who was in the band Cherry Glazerr for a bit, and Squeeze is her second solo album. Some of the tracks on the album are very influenced by the kind of 90s and early aughts Nu Metal bands that you’d expect to hear on The Matrix sound track. But the album also has songs that wouldn’t feel out of place on the new Big Thief album (like Tried To Understand) or as a Weyes Blood song (like Call Me Home). My favorite track off Squeeze is “Make It Right.” It’s a fast-moving earworm that, I think, balances all the sounds on the album really, really well. I just can’t get it out of my head. —Danny Hensel

This week, the wonderful Kentucky singer-songwriter Joan Shelley just released the first single off of her upcoming album, TheSpur, and I am so excited because she is one of my favorite artists in the entire world.

Joan Shelley’s records always seem to come out at anxious points in American life — perhaps because every point in American life is anxious. This latest record comes out on June 24th and touches on her experience retreating to her family’s farm in Kentucky during the pandemic when she was pregnant with her first child. It’s very focused on this idea of, you know, “I reflected on my life and the things that matter,” and the music is just so soothing. It really has a sense of contentment and comfort to it. —Stephen Thompson

March Madness wrapped up about a week ago, and it was also so fun to watch WNBA legends Sue Bird and Diana Taurasi co-host a MegaCast — which is a kind of live sportscast on a secondary ESPN channel — during the women’s NCAA Final Four.

Sue Bird and Diana Taurasi go all the way back to UConn, where they played together, and are real-life best friends, so they have a very easy dynamic between them. It was great to hear Sue and Diana just be themselves, and get their due in some way – because even just putting people in that position tells you, you know, that they are valued and respected. I love watching women’s sports, and it’s just been so great seeing it get more attention over these last couple of years. —Daisy Rosario

My Mom, Your Dad on HBO Max

The premise of My Mom, Your Dad is this: a bunch of college-age kids bring their single parents to a house called The Second Chance Retreat to meet other parents, mingle, and do all that stuff that people do on dating shows.

The catch is the kids are in a house just down the road, living together and watching everything that happens at Second Chance Retreat. They get to set their parents up on dates and meddle with them, while the parents think some random dating consultants are making all these choices and giving them these challenges. It’s a show that doesn’t really have a villain, and all these kids just want their parents to be happy. I love a cheesy dating reality show, and this one scratched my itch for a new one. Plus, it’s eight episodes long! —Aisha Harris

NPR intern Fi O’Reilly adapted the Pop Culture Happy Hour segment “What’s Making Us Happy” into a digital page. If you like these suggestions, consider signing up for our newsletter to get recommendations every week.