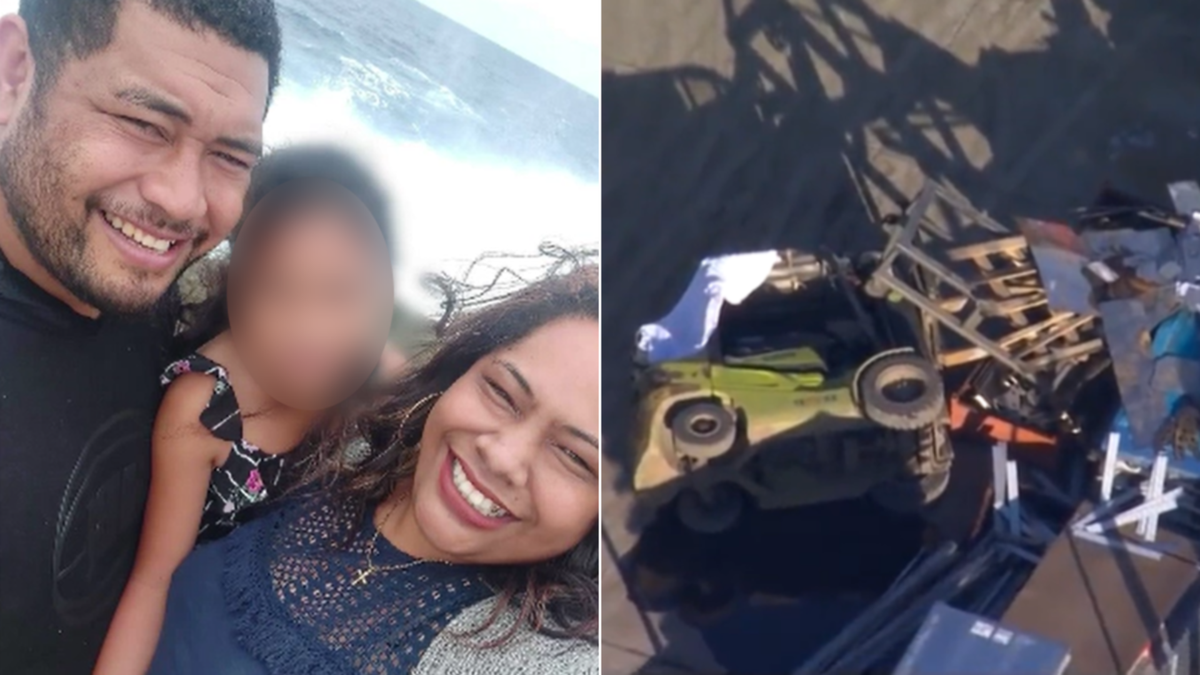 A young father has been revealed as the worker who lost his life when he was trapped under a forklift in a work accident in Sydney’s west on Monday.

Tuaese Tuala, 31, was working at an industrial complex in St Marys when the incident happened around 6.30am on Monday morning.

Watch more in the video above

Emergency services, including police and paramedics, were called to the scene following reports of a serious accident at work.

When police and paramedics arrived on the scene, they found a man trapped under the four-tonne forklift and, despite their best efforts, could not save him.

“Three ambulance crews responded to the scene where they found a man in critical condition,” Caitlyn Murphy of NSW Ambulance told 7NEWS.

“It was a tragic incident. His colleagues were extremely brave in assisting him.

“Unfortunately, despite our best efforts, the man has passed away.”

Police rescue teams were called in to help remove the heavy equipment.

It is understood the man worked for Custom Denning, a company that builds electric buses.

Shocked colleagues at the scene have been sent home for the day as police begin their investigation.

A colleague, Maea Folau, told 7NEWS that Tuala was a “good guy”.

NSW Police have alerted SafeWork NSW who will investigate how the incident happened.

A report will be prepared for the coroner.