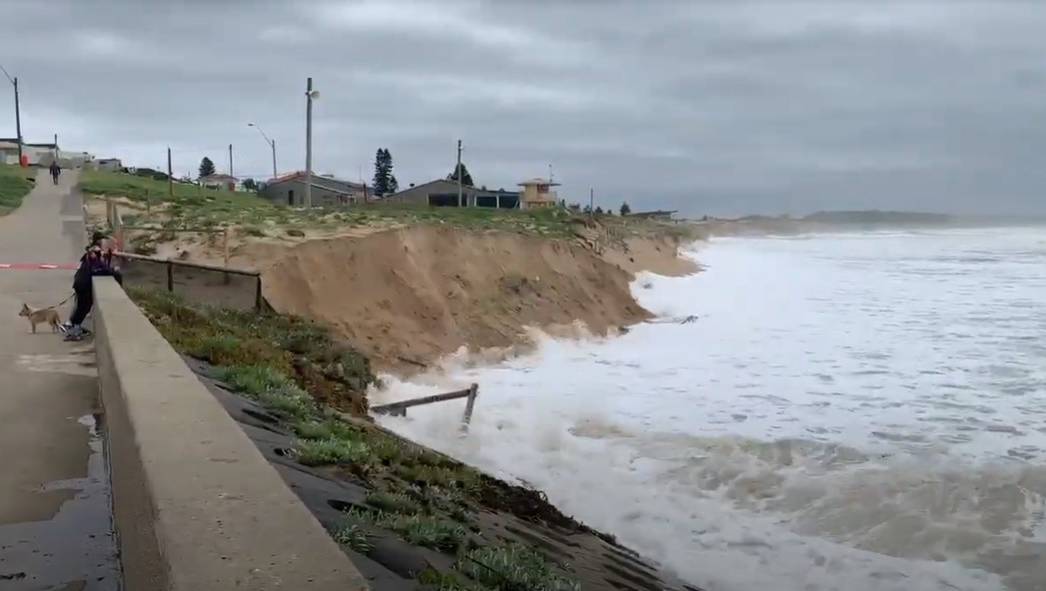 Cronulla beaches are being severely eroded again as huge seas pound the coast.

The Esplanade between north and south Cronulla was closed nearly three hours before high tide on Saturday.

Waves were crashing on to the walkway well before 7.30am, prompting lifesavers to erect barricades.

High tide is just before 10am.

During last night’s high tide, waves broke over the Esplanade in front of Cronulla surf club and washed into the bottom section of Zimzala cafe-restaurant.

Staff were on the job early today and Zimzala welcomed patrons as normal.

Large and powerful surf conditions will continue for the entire weekend.

The Bureau of Meteorology’s forecast for Sydney on Saturday is cloudy, with a medium chance of showers, becoming less likely in the early afternoon. Winds southwesterly 25 to 40 km/h tending westerly 15 to 20 km/h in the evening then becoming light in the late evening.

Three days of sunny weather will start on Sunday.