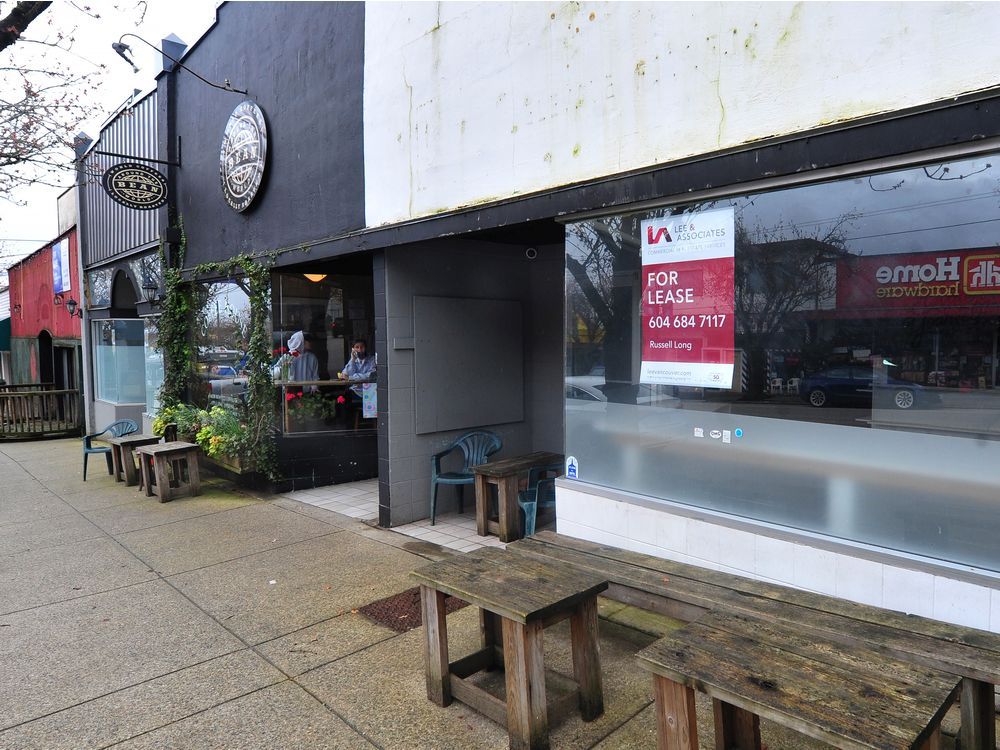 Paul Sullivan, a property tax officer, said commercial landlords are already struggling with a tough retail environment, increased crime in some neighborhoods, skyrocketing property taxes and bureaucracy, but that they are the scapegoats for rising vacancy rates.

“You can’t blame property owners for an unattractive retail environment,” said Sullivan, who is also co-chair of the Business Tax Alliance, a partnership between property tax agent firm Ryan ULC and business improvement groups across the province. “It’s a divisive policy.”

On Tuesday, Vancouver City Council approved an amendment added by Mayor Kennedy Stewart to explore a tax on empty storefronts.

Kennedy worries about “atrocious” vacancy rates, which have exceeded 20% in some neighborhoods.

He said the tax will not penalize the majority of landowners, but will target speculators who sit on vacant properties as land values ​​rise. He argued that the tax could also force supply into the market and possibly lower rental rates.

But Sullivan said he’s spoken to major rental agents in Vancouver and ‘they don’t have anyone they know deliberately keeping their properties vacant. People don’t do that. People have mortgages…and need rent.

The city’s plan to explore an empty storefront tax has drawn an outcry from business groups and a lukewarm reaction from the provincial government, which must approve a change in legislation before Vancouver can impose the tax.

On Thursday, Finance Minister Selina Robinson said the department wants to work with local governments to address issues facing their community, “in which case, I think Vancouver still needs to do some more research to figure out what’s going on. is driving this particular challenge, including working with local businesses.

Neil Wyles, executive director of the Mount Pleasant Business Improvement Association, has seen the vacancy rate soar in his commercial district to about 14%. But he thinks a tax on empty shops is not the answer.

There are several reasons why a commercial property may be empty, he said. Some could be blocked by municipal permits, while others in struggling neighborhoods could struggle to attract tenants.

Wyles knows of one property that has been vacant for years because the owner died and the property is on probate with the family arguing over who owns it, while another property – a commercial building in Kitsilano on West 4th Avenue across from the Safeway – has remained empty because it was mired in soil remediation issues.

“It’s not just a one size fits all if it’s vacant, let’s slap it with a tax,” Wyles said. ” This is not a solution. There is always a story behind. »

Wyles said the city should work to reduce wait times for business permits or licenses.

A 2020 report from LOCO BC found that the average wait time for a permit or license is 8.2 months and pegged the cost of this delay at $721,000, taking into account broader economic losses like loss of revenue and loss of jobs and supplier sales.

“If these issues are resolved, we can certainly consider a discussion on commercial vacancy tax,” Wyles said.

Sullivan’s group recommends other ways to reduce the burden on business owners, such as a split assessment policy, which would tax airspace on commercial properties at a lower residential rate, or reducing the rate of taxation of properties assessed for their development potential if they are tenants and have an existing business license.

Penalizing landlords by increasing their costs could backfire, Sullivan warned.

“This landlord should recoup this penalty through future leases, and tenants will have to pass the costs on to consumers.”

— With files by Katie DeRosa