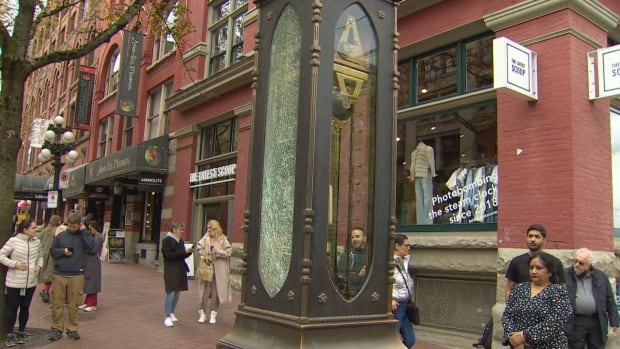 Vancouver police say they are investigating after the Gastown Steam Clock was damaged on Saturday night.

Footage shared on social media on Saturday shows the glass on one side of the clock being shattered, police said. They work to determine if someone has intentionally damaged the clock.

A forensic team was in Gastown on Sunday collecting evidence, and investigators are scouring the area for witnesses and security footage, police said.

In a statement, the City of Vancouver said staff are securing the area around the well-known tourist attraction and assessing damage to determine next steps. The city said it will provide more information in the coming days.

The clock was built in 1977 as part of the city’s efforts to revive the historic downtown district.