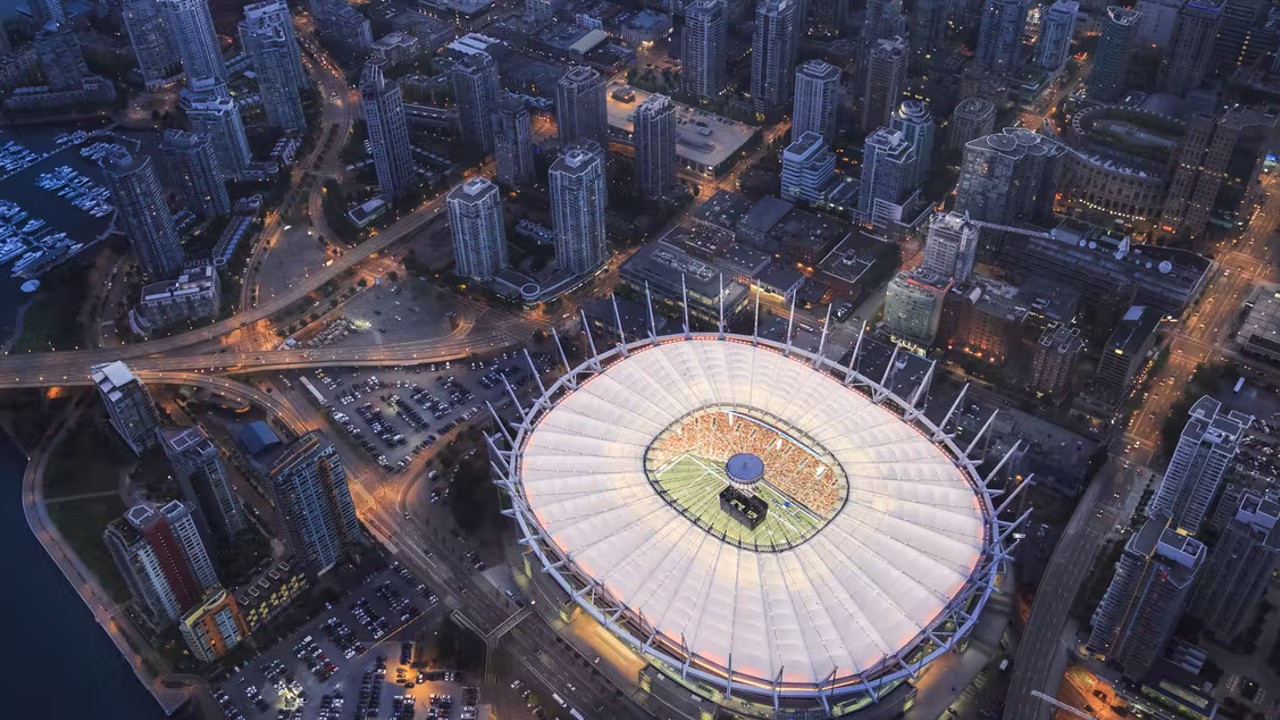 The recent soccer wave sweeping the nation just took another step forward for fans of the sport in British Columbia as Vancouver is officially in the running to be a host city for the 2026 FIFA World Cup.

FIFA made the announcement Thursday that Vancouver is now a “Candidate Host City,” opting to bid to be a host after turning down the opportunity in 2018.

“Following the submission of documentation by the Province of British Columbia/City of Vancouver in order to join the Candidate Host City process (with BC Place as the proposed stadium), as well as a recent inspection visit by a FIFA delegation, world football’s governing body has agreed to accept the city’s candidacy,” reads a statement issued by FIFA on Thursday.

Vancouver joins Edmonton and Toronto as the only Canadian cities bidding for games as part of the joint three-nation World Cup that will also feature host sites in the USA and Mexico.

“I am encouraged that FIFA has confirmed Vancouver, British Columbia, as a candidate host city for the FIFA World Cup 2026,” reads a statement from Melanie Mark, BC’s Minister of Tourism, Arts, Culture and Sport.

“The FIFA World Cup is the largest single sporting event in the world. Hosting the event would be a once-in-a-generation opportunity for soccer fans, for our tourism sector and for all British Columbians.”

Mark pointed to the recent success of Canadian soccer, along with the Province’s economic recovery from COVID-19, as being timely reasons for becoming a host city candidate.

Canada’s women, who sold out Starlight Stadium in Langford earlier this week, are being celebrated for their historic gold medal victory at the Tokyo Olympics last summer. Meanwhile, the men’s national team has officially qualified for a place at the FIFA World Cup Qatar 2022, a first since 1986.

“The stars are aligned for Canada Soccer, British Columbia and Vancouver. It’s time we showcase beautiful BC once again,” Mark said in a statement.

British Columbia had re-engaged in talks with FIFA and Canada Soccer about Vancouver becoming a host city back in 2021, looking at the opportunity as a way to support tourism and sport through recovery from the impacts of COVID-19.

In an interview on CHEK’s Donnie and Dhali back in February, Premier John Horgan put his stamp of approval on BC’s renewed quest to host the FIFA World Cup in 2026.

“This is not 2018, we’re going into a period where we need to use our spectacular facilities,” Horgan said during the interview, outlining that BC Place — the province’s largest stadium — has virtually sat empty for the past two years since the start of the pandemic.

“We want to see that building used for the taxpayers but also as a magnet for tourism,” he added.

Although it isn’t guaranteed that Vancouver becomes an official host city, the 2026 World Cup will likely require more host locations than it has in years past as the tournament will be expanding to 48 teams for the first time ever instead of the typical 32.

During the fall of 2021, FIFA officials toured multiple potential host cities including major hubs like New York, San Francisco, Dallas, Seattle, Los Angeles, Mexico City and Guadalajara. Vancouver, however, was not on the list of visits at this time.

While an official announcement won’t come until later this year, Mark feels that landing this event would be “a beacon for BC’s tourism industry” on its road to recovery.

“More than 3.5 billion people watch the World Cup every four years. Becoming a host city and putting the global spotlight on BC would, once again, inspire travelers from around the world to come, stay and play. We have a world-class stadium, excellent training facilities and established infrastructure that meets FIFA hosting requirements, all of which make Vancouver particularly well equipped to host the event,” said the minister.

The Province is estimating that hosting the event would bring in more than $1 billion in new revenue for BC’s tourism sector during and in the five years that follow.

“Major sporting events like this one have the power to inspire people to play, get involved and shine from the playground to the podium. These are gains that will echo in our families and neighborhoods for the next generation and beyond,” said Mark.

“We have given it our best shot. We look forward to FIFA announcing the host cities in the coming weeks and are hopeful that Vancouver will be selected.”

As part of FIFA’s announcement today, the organization also acknowledged that Vancouver is not new to its events, having hosted several matches during the FIFA Women’s World Cup in 2015, including the final in front of over 50,000 spectators.