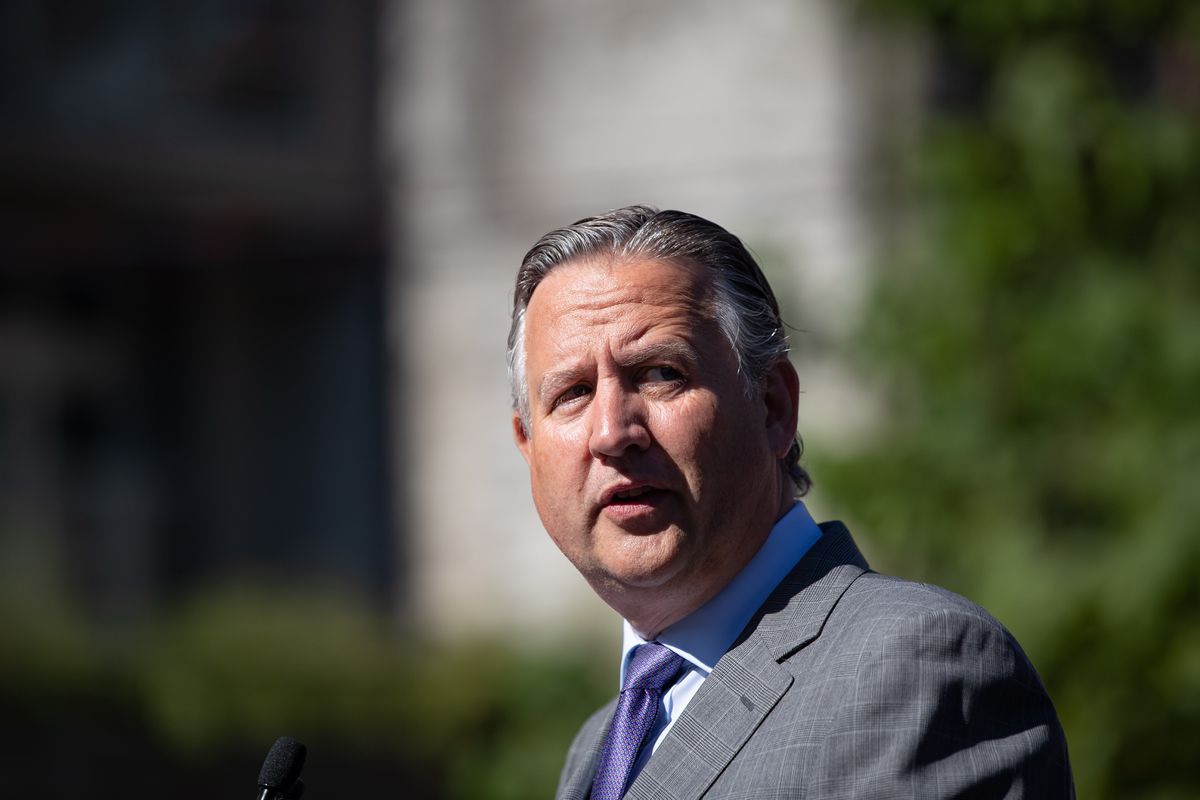 Vancouver’s mayor says he would like to see a new tenant protection policy that would allow tens of thousands of tenants who live in older, low-rise apartments along the new Broadway subway line the right to same or lower rents if they decide to move temporarily and return to the new building.

Mayor Kennedy Stewart, who is running for re-election in this fall’s mayoral election, said Tuesday he is pushing for the strongest protections the city has ever had for tenants. There are fears that new developments that will be permitted along a wide swath of central Broadway could result in displacement.

“Broadway is home to one in four tenants in Vancouver, and I promise you the Broadway plan will not drive you out or increase your rents,” the mayor said in an official statement.

He claimed that a senior who is currently paying $1,000 in rent a month would be guaranteed not to pay more than that if their building was remodeled. This senior would get any amount over $1,000 covered by the developer in any temporary accommodation while the new building is being constructed, and would pay that same $1,000 for their apartment in the new building.

A family currently paying $2,800 could end up paying even less, he said.

Mr Stewart’s announcement comes in the wake of growing debate over the Broadway plan, which would set new rules for the height and density of many of the 500 blocks of the large central section of Broadway which is the second city ​​downtown. The plan, something the province required of the city as a condition for building the Broadway subway line, must be voted on before the Oct. 15 municipal election.

Many tenants were alarmed as they saw proposed new zoning rules that would allow buildings of up to 20 stories in areas that are now dominated by older low-rise apartments dating back to the 1920s.

Two city planners leading the Broadway plan say the strategy to keep tenants as safe as possible is one of the trickiest parts of crafting the 30-year strategy which aims to provide means for 40,000 to 50,000 additional people to settle in the area which is now home to around 80,000 people. (This increase roughly matches the rate of growth the region has experienced over the past 20 years.)

Matt Shillito, who leads the Broadway Plan project, and Dan Garrison, deputy director of housing policy, say the city’s goal is to make sure redevelopment isn’t attractive to landlords whose buildings are still in reasonable condition and still generating healthy income.

Instead, the idea is to provide enough new densities on a site that it makes sense to redevelop an old building only when it is at the end of its life and maintenance costs start to skyrocket. .

This will allow new apartment buildings to be introduced slowly to the area and allow more people to live there, they say.

Most immediate new development on Broadway will come from rezoning for higher densities where there are no apartments – primarily on Broadway itself.

“We try to provide a pathway for redevelopment when it’s naturally right, rather than incentivize it,” Garrison said.

But it does mean doing the math right, especially when it comes to weighing the cost of compensating tenants against the profit to be made from a bigger building with more apartments.

Too much incentive, in the form of extra density, and the takedowns will start to speed up. Too little, and landlords will let their buildings deteriorate, while needed new housing will not be developed.

Staff, using an outside consultant, calculated that zoning up to 20 floors will provide what is needed to cover Vancouver’s new higher compensation costs.

The question of the reconversion of rental areas is old in the region.

People fear there will be mass evictions as developers move in, as they did in Burnaby in the 2010s, as this council authorized the demolition of many low-rise flats that have been replaced by expensive condo towers.

Burnaby voters’ discomfort with this trend led to the ousting of Derek Corrigan as mayor in 2018 and a new mayor, Mike Hurley, bringing strong protections for tenants there.

We have a weekly Western Canada newsletter written by our British Columbia and Alberta bureau chiefs, providing a comprehensive package of news you need to know about the region and its place in the issues facing Canada confronted with. register today.