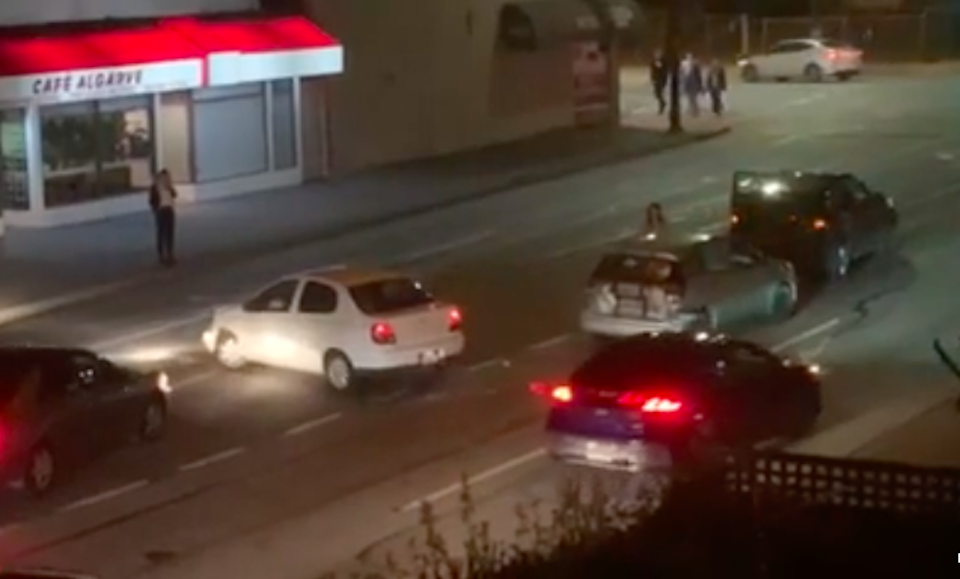 The woman says her car is probably wrecked and she can’t drive now due to a concussion.

A woman is asking the public for help finding a driver she says hit her from behind at a red light in East Vancouver.

Stephanie Gaultier was driving across town to visit her parents in Maple Ridge on Saturday April 30 when the incident occurred. At around 11:10 p.m., she says she was at a red light at Commercial Drive and East 12th Avenue when her vehicle was hit from behind by a white Toyota Echo.

“[The car] hit me at speed [that created] about three seconds of screeching before impact and crashed my car into the vehicle in front of me,” she wrote in an email to Vancouver is awesome.

The driver was a white woman with long blonde hair in her 30s or 40s, although Gaultier says she could also have been in her 20s.

“The radiator is probably badly damaged and there must be quite a bit of damage at the front. [There was] liquid on the road from his car,” she notes.

While she was able to see some of the damage to the vehicle, Gaultier, who is six months pregnant, was unable to see the license plate after hitting her head hard in the crash; her “vision was too blurry” and she felt “dizzy”.

Someone on social media said they observed the car erratically descend Woodland Drive and drive through a “do not enter” barricade after the incident. “This was also reported to the police,” notes Gaultier.

As for her own vehicle, the local woman described her car as “cracked”. and assume it is totaled. Also, she is not allowed to drive at the moment.

Gaultier filed a report with the Vancouver Police Department and shared video of the white car driving away on social media in an effort to track down the driver.