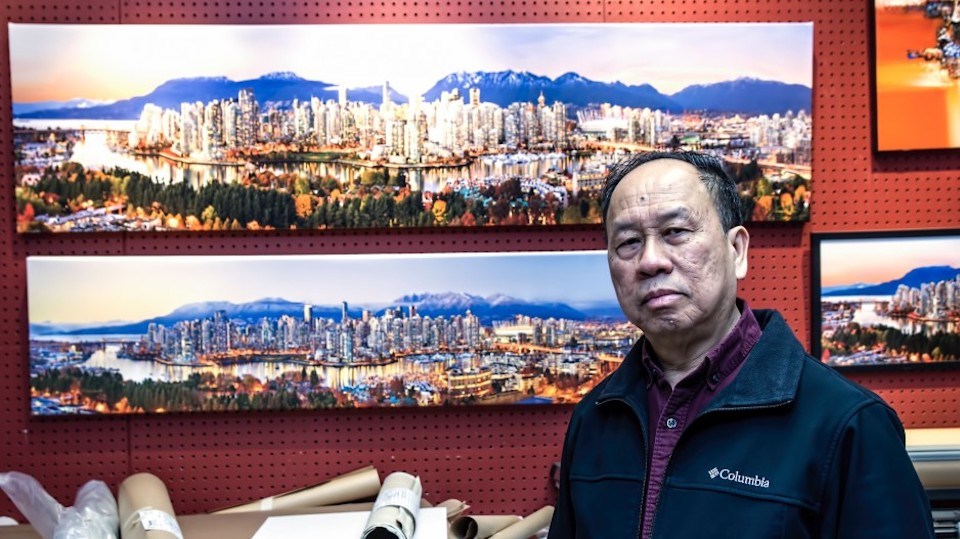 Like many stores on Davie Street, Tran’s was not immune to vandalism.

Davie Art Shop owner Philip Tran is one of many Vancouver small business owners struggling with a series of challenges to keep businesses afloat.

For Tran, customer parking has increasingly become an issue.

Two nearby restaurant patios have taken over what was once an on-street parking lot near the store Tran has owned since 1987, he said. BIV.

The business was founded in 1930 and was originally a few blocks east of its current location on Davie Street, west of Bute Street, he said.

Tran has a designated parking spot at the back of his 800-square-foot store, but he said that can sometimes be a challenge for customers buying large paintings, or having him frame larger works of art. , to transport their purchases to their cars.

Every year Tran’s landlord raises his rent. Municipal taxes are also constantly increasing. His business license fees are another expense eating away at his store’s viability, he said.

Tran has two employees that he keeps on call part-time. Most of the time, he runs the store alone – eight hours each weekday, plus six hours on Saturdays.

“I work hard,” he said. “Sometimes before opening the store, I have to go to the suppliers to pick up things.”

Inflation has eaten away at his store’s profits as he struggles to pass prices on to his customers.

One solution was to reduce its number of suppliers to two from five. This means he places larger orders with current suppliers and is able to negotiate better prices.

“We try to offer discounts as best I can, but my profit margin is a little thinner, so it’s difficult,” he said.

“Most of my clients were referred by a friend or relatives who have known me for a long time. I think they have confidence in my quality, my price and the service I provide.”

Like many stores on Davie Street, Tran’s was not immune to vandalism. Its front windows were shattered during the pandemic, causing around $1,100 in damage. Some frames were damaged in this attack.

Instead of paying his insurance company a $1,000 deductible and risking being hit with higher premiums, he footed the bill out of his own pocket.

Years ago he put metal bars at the bottom of his front door, but he avoided putting bars on the front windows so as not to block passers-by from seeing his art. He has also already installed a postcard holder outside his store. Shoplifting put an end to this practice and it moved smaller objects farther inside the door.

“Shoplifting is with us all the time,” he said. “They usually come two or three at a time. One person keeps you occupied and the other steals.”

The security of the back doors of his store was also tightened after thieves tried to open them with a crowbar.