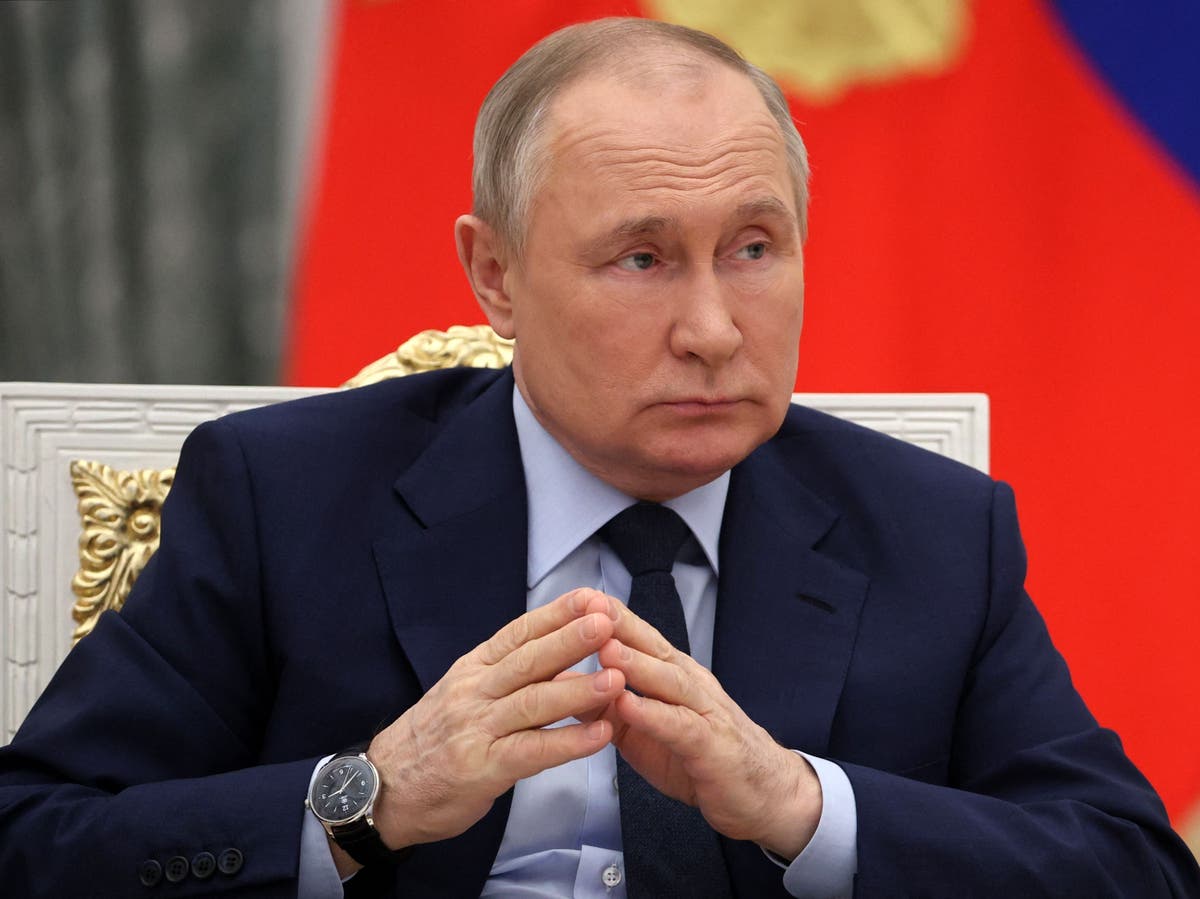 The humanitarian corridor “works for the first time”, according to Volodymyr Zelensky

Russian high-precision missiles hit a logistics center at a military airfield near Odessa in Ukraine, which was used to deliver weapons donated to kyiv from the west, the Russian Defense Ministry said.

The ministry said hangars containing unmanned Bayraktar TB2 drones, as well as weapons and missile ammunition from the United States and European countries, had been destroyed.

Meanwhile, a Ukrainian fighter in Mariupol said up to 200 civilians remained trapped in bunkers at the Azovstal steelworks, despite a UN-led evacuation operation to rescue civilians from the site.

It is believed that up to 1,000 civilians were trapped under the Azovstal factory with minimal supplies alongside hundreds of fighters – some with festering wounds – after Vladimir Putin told Russian troops to blockade the area last week “so that a fly may ‘not pass’.

A spokesman for the World Health Organization (WHO) said a regional meeting on the health impact of the war in Ukraine had been set for May 10.

More than a million people, including nearly 200,000 children, have been taken from Ukraine to Russia in the past two months, officials in Moscow said.

According to the state-run TASS news agency, that figure included 11,550 people displaced from Ukraine to Russia in the past 24 hours, “without the involvement of the Ukrainian authorities”.

Thomas Kingley has the whole story:

Russian high-precision missiles hit a logistics center at a military airfield near Odessa in Ukraine, which was used to deliver weapons donated to kyiv from the West, the Russian Defense Ministry said.

“Hangars containing unmanned Bayraktar TB2 drones, as well as weapons and missile ammunition from the United States and European countries, were destroyed,” the statement said.

Ukraine hopes a column of evacuees from the ruins of a vast steel plant in the Russian-occupied city of Mariupol will reach the Ukrainian-held city of Zaporizhzhia later today.

Mariupol Mayor Vadym Boichenko said more than 200 civilians were still in the Azovstal steelworks where the city’s last defenders are dug in. In total, about 100,000 civilians remained in the port city on the Sea of ​​Azov, he said.

“The column (of evacuees) is moving towards Zaporizhzhia. The evacuation continues,” Boichenko told state television. “We limit information and hope that the evacuees from Azovstal will reach Ukraine.”

The UN and the International Committee of the Red Cross on April 29 launched a coordinated operation with Ukraine and Russia to get women, children and the elderly out of the steel mills.

Pope Francis has revealed he requested a meeting in Moscow with Vladimir Putin to try to stop the war in Ukraine but received no response.

Francis, who made an unprecedented visit to the Russian embassy at the start of the war, told the newspaper that about three weeks into the conflict, he asked the Vatican’s top diplomat to send a message to Putin.

He said the message was “that I was ready to go to Moscow. Certainly, the head of the Kremlin had to allow an opening. We have not yet received an answer and we are still insisting”.

He added: “I am afraid that Putin cannot and does not want to have this meeting at this time. But how not to stop so much brutality?

Mayor Vadym Boychenko says more than 200 civilians are still locked up with fighters in a huge steelworks in the southern Ukrainian port city of Mariupol.

He said a total of around 100,000 civilians were still in the southern Ukrainian city which was occupied by Russian forces.

Eastward gas flows through the Yamal-Europe pipeline from Germany to Poland resumed today, according to data from pipeline operator Gascade.

Physical outflows at the Mallnow metering point on the German border were 5,984,481 kilowatt hours per hour (kWh) from zero previously, the data showed.

Physical gas flows through the pipeline came to a halt on Monday after a brief recovery.

The invasion of Ukraine will have a lasting impact on the Russian military as its troops have faced strategic and operational failure, Britain’s Ministry of Defense said on Tuesday.

“Russia’s defense budget roughly doubled between 2005 and 2018, with investments in several high-end air, land and sea capabilities. From 2008, this underpinned the extensive New Look military modernization program,” the ministry said in its latest intelligence update.

He added: “However, the modernization of its physical equipment did not allow Russia to dominate Ukraine. Failures in both strategic planning and operational execution prevented him from translating numerical strength into decisive advantage.

“The Russian military is now significantly weaker, both materially and conceptually, following its invasion of Ukraine. The recovery will be exacerbated by the sanctions. This will have a lasting impact on Russia’s ability to deploy conventional military force,” British officials said.

Russia is working on a plan to annex large parts of eastern Ukraine this month, a senior US official has warned.

Russia is likely to hold mock referendums in the so-called people’s republics of Donetsk and Luhansk that “attempt to add a veneer of democratic or electoral legitimacy” after which it will reattach the entities to Russia, says Michael Carpenter , US Ambassador to the Organization for Security and Cooperation in Europe.

There were signs that Russia would hold an independence vote in Kherson, Mr Carpenter said.

Editorial: Like the real Nazis of the past, Russia must not win

Today, as they call on troops to keep invading Ukraine, Russian leaders spout anti-Semitic nonsense, are accused of genocide and treat the residents of a friendly neighboring nation like subhumans.

As Russian troops continue to dishonor themselves in Ukraine and leaders fail to establish their competence, the threat of the worst grows. This makes the Kremlin even more desperate to win this battle, and even more dependent on the terror of the Ukrainian civilian population and the threat of using nuclear weapons.

Conventional combat has not worked for Russia so far and therefore they think by resorting to barbarism and even postulating the destruction of the planet in a thermonuclear conflagration. In such a circumstance, there would be no Ukraine, nor Russia, nor, more precisely, Vladimir Putin, which means that he is bluffing.

So, however long it takes, Russia, like the real Nazis of the past, must lose.