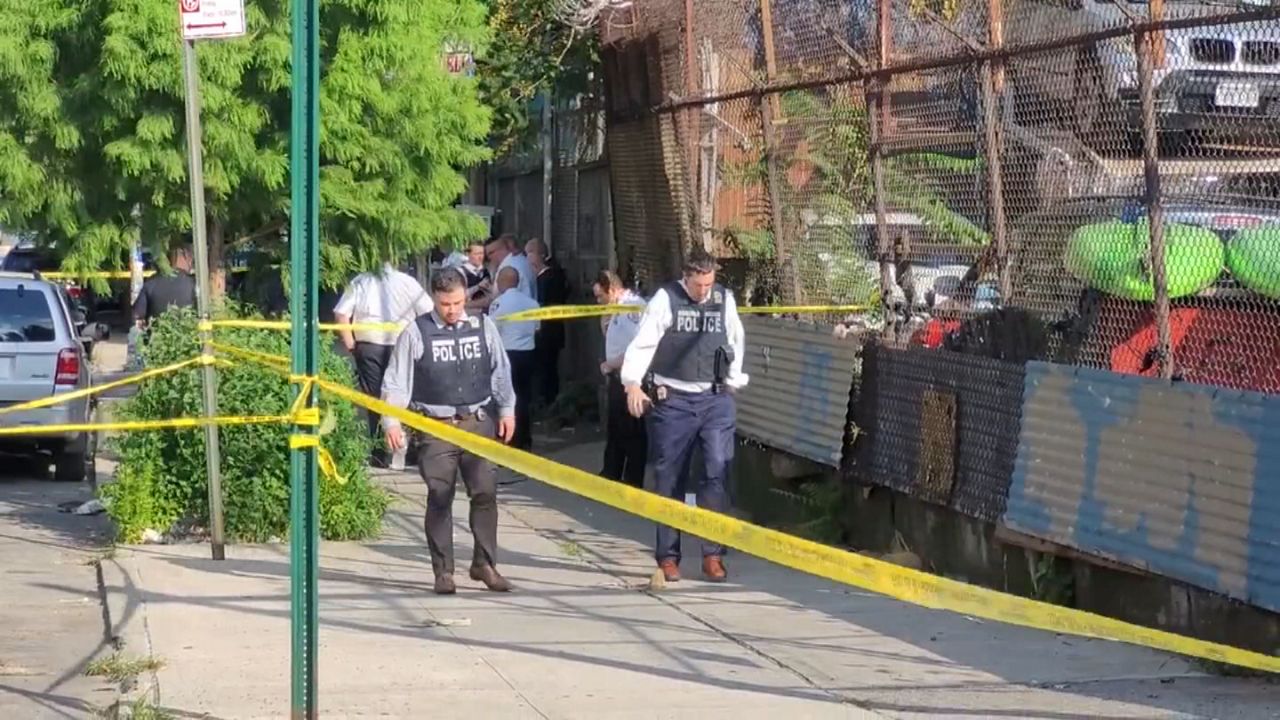 Two teenagers were shot, one in the head, in Harlem on Tuesday afternoon, police said.

A 14- and 15-year-old exited a grocery store on East 128th Street and started walking toward Park Avenue just before 4:30 p.m., NYPD Patrol Chief Jeffrey Maddrey said at a press conference on Tuesday. evening. One of the boys was riding a scooter, Maddrey added.

“As they walk towards the corner of Park Avenue, a man emerges around the corner and fires a volley of shots at the two young men,” Maddrey said.

As the couple fled down the street, the shooter shot the 14-year-old in the head, leaving him lying between two cars, according to Maddrey.

The 15-year-old, who was shot in the left leg, fled into the street and was assisted by a good Samaritan, police said.

Once the police arrived, they began administering aid to the 15-year-old and shutting down the street, according to Maddrey. It was only then that they discovered the other teenager lying in the street with a gunshot wound to the head, he said.

The two teenagers were rushed to nearby hospitals. The 15-year-old’s injuries are not life-threatening, but the 14-year-old is in “a very, very serious condition”, Maddrey said.

Maddrey pleaded with New Yorkers to report anything they know about the shooting to 1-800-577-TIPS.

“We need your help. Our children, our families, the members of this community cannot endure this gun violence,” Maddrey said. “They shouldn’t have to. Nobody should have to.”

It was unclear whether the boys knew the shooter, but “it appears they were the target,” Maddrey said. Police do not yet have a report of the shooter.