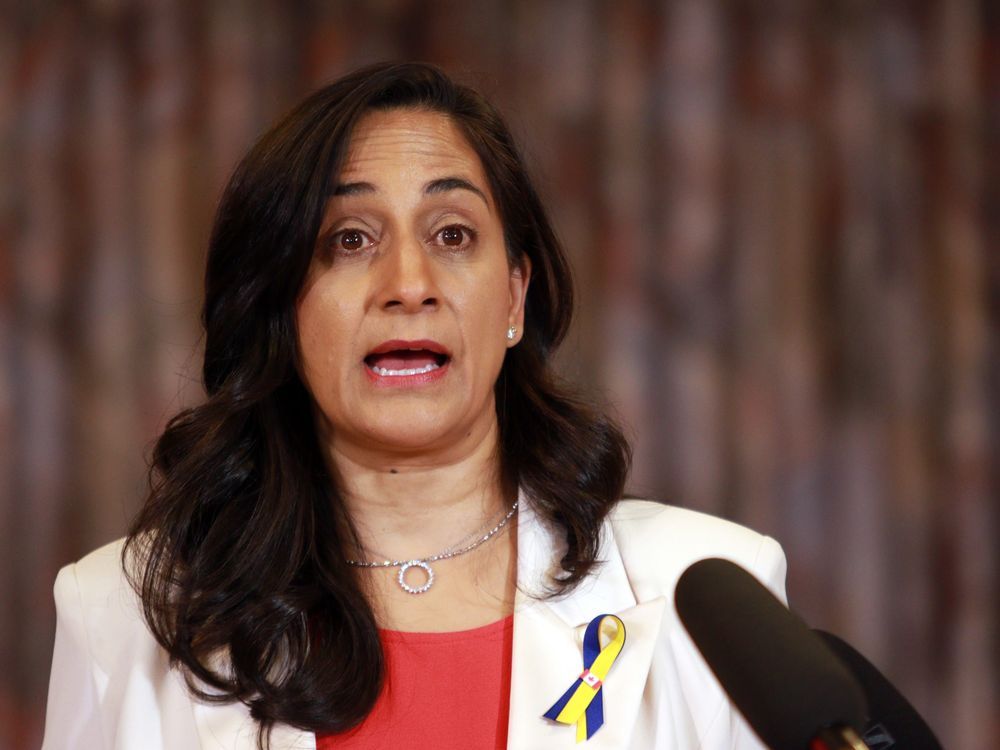 Trudeau did not enter the building and addressed a crowd for about three minutes via Zoom instead of giving a speech in person.

He said no one should be intimidated or prevented from exercising their democratic freedoms “because that’s what this country is about”.

Trudeau said he would return to see his supporters in Surrey in the future, and an event organizer told attendees they should feel free to stay and dine.

Defense Minister Anita Anand addressed the crowd, but a Liberal Party staffer asked a reporter to leave the room.

The party said in a statement to The Canadian Press that everyone who participates “in our democracy should feel safe and respected.”

About four dozen protesters used expletives while chanting against Trudeau and honking their horns outside the convention center.

“We don’t like the way he’s running Canada,” one man said as another spoke into a megaphone.

About half a dozen RCMP officers stood there watching the crowd.

The leader of the federal NDP had gone to the campaign office of an Ontario NDP candidate who was running in the provincial election.

Video shows Singh encountering protesters as he leaves the campaign office, and they can be heard shouting profanities at him and calling him a “traitor” as he gets inside a vehicle.

Singh later told reporters he found the experience “intense, threatening (and) insulting” but was more worried about what it means for politics in general.

This report from The Canadian Press was first published on May 24, 2022.