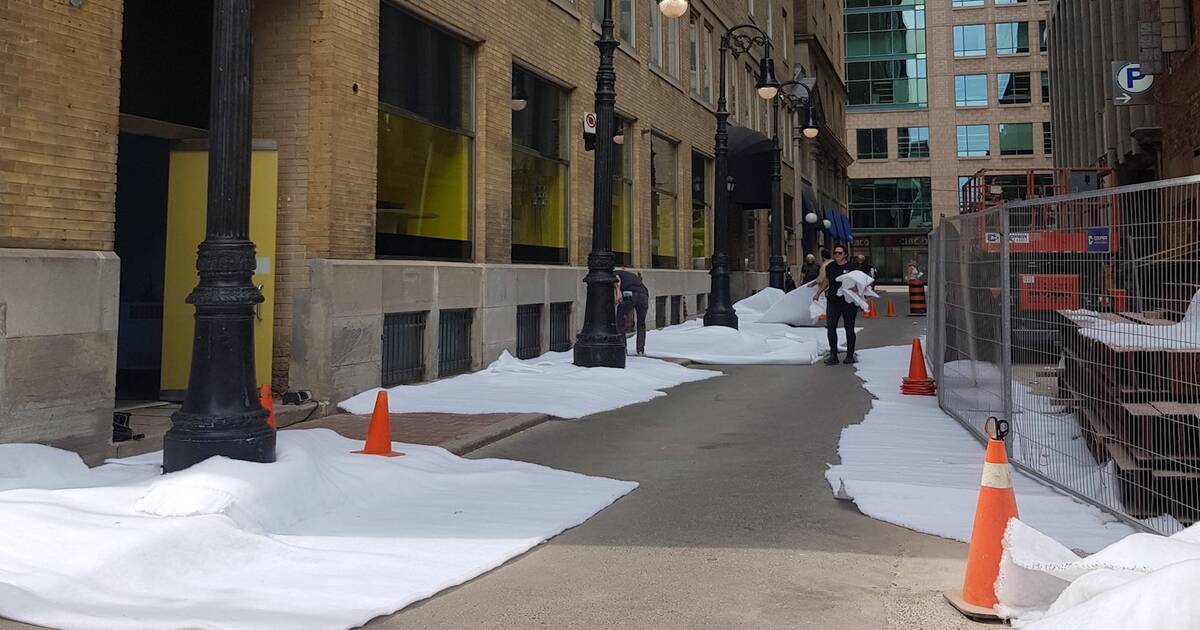 It officially snows in July in Toronto! That’s right, you didn’t read it wrong.

While the snow may not necessarily be actual, it was truly a winter wonderland in downtown Toronto last week.

It’s winter ❄️❄️❄️ in July on the streets of Toronto. 🇨🇦 Filming 🎥 of the Apple+ production of #ImprobableValentine on Colborne and Leader Lane. Toronto turns into New York. 🇺🇸 Stay warm! 🧤 @TOFilming_EM pic.twitter.com/JACZVTtvqh

The set is part of an Apple TV+ production for a fantasy/horror series Unlikely Valentinebased on the parental fable by Clint Eastwood The changing.

The series stars LaKeith Stanfield (get out, Selma) and is scheduled to run until September 13, 2022 in several North American cities such as New York, Jersey City and of course Toronto.

I just took a walk…

A description of the show states that “the drama focuses on the death-defying odyssey of Apollo Kagwa and Emma Valentine as they seek to find out what happened to the son who was taken from them”.

2/2 Toronto 🇨🇦 turned into New York 🇺🇸 for the filming 🎬 of #ImprobableValentine around Victoria and Adelaide. Such attention to detail on set. I hope it won’t rain today! ☔ @TOFilming_EM pic.twitter.com/M71ozwuBbd

Winter in July in NYC (Toronto) for #ImprobableValentine based on the book “The Changeling” @TOFilming_EM pic.twitter.com/BggIZB1n5q

Some images show icy patches of snow on the ground, classic horror streetlights, and even New York’s signature yellow cabs.

Around King and Church in downtown Toronto. 🇨🇦 #ImprobableValentine getting ready to film. 🎬 Ornate floor lamps are props. Please leave them there, they look fabulous! 💛 @TOFilming_EM pic.twitter.com/g7mvl2lStJ

Although it may not snow anytime soon in Toronto, the plateau of Unlikely Valentine certainly conjures up bitter memories of the city’s brutal winters.