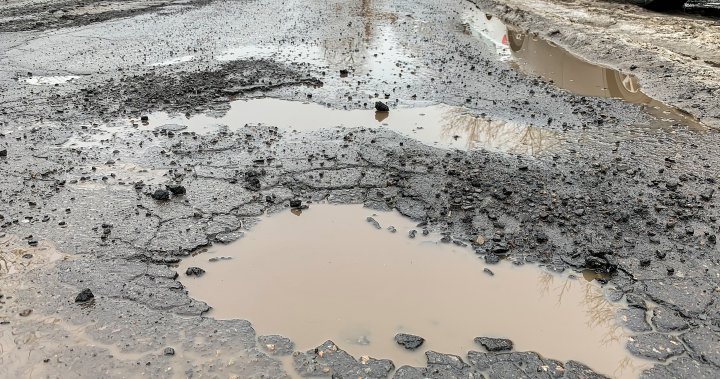 The City of Toronto announces it will host another major spring pothole repair blitz this weekend.

“Residents driving or biking this weekend should expect minor delays around pothole crews,” the City said in a news release. “The public is urged to be safe by respecting work areas and providing space for crews while they carry out repairs.”

The City of Toronto said it has budgeted about $4.4 million for 2022 to fix potholes in the city.

Each pothole costs about $25 to fix, the city said.

Toronto to host first pothole repair blitz of 2022 on Saturday

Since the beginning of the year, approximately 70,000 potholes have been repaired.

Pothole repair requests can be made through 311. Potholes are prioritized by size and on major roads first.

The city launched its first pothole repair blitz the first weekend in April.