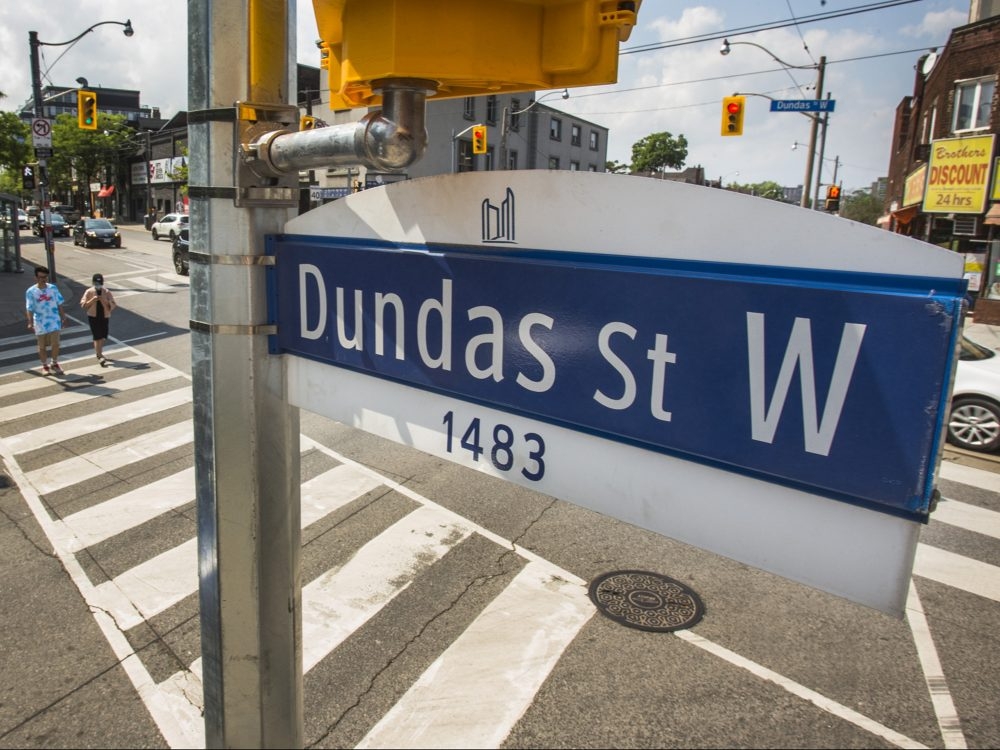 Toronto city councilors should prioritize commemorations important to Indigenous peoples, Black communities and equity-deserving groups when renaming streets such as Dundas, in accordance with guidelines proposed by city officials.

If passed by city council, this process would also be guided by historical research, traditional knowledge and community knowledge, says a report to the executive committee next week.

“Names and symbols in public spaces matter,” the report said. “They help cultivate a sense of belonging, well-being and interdependence for all, especially for Indigenous peoples, Black communities and groups deserving equity. They also talk about what the city and community consider important and worthy of celebration, documentation and commemoration.

City officials are also recommending that the freeze on street names be lifted if the guidelines are acceptable to council.

The council decided last year to rename Dundas St. after a public petition and town report said namesake Scottish politician Henry Dundas was involved in delaying the abolition of the transatlantic slave trade.

Some pundits say Dundas backed abolition but delayed the vote as a strategic move.

Mayor John Tory said at the time that the name change — despite the $6.3 million cost and the problems associated with changing thousands of addresses — was worth it because he sent a “statement to the whole community on the inclusion of those who have been marginalized and the recognition of the significant effect that past history can have on life today.

A Community Advisory Committee made up of 20 Black and Indigenous community leaders and other diverse residents living and working along Dundas Street was tasked with developing a shortlist of possible names.

City officials will report on recommendations for new names for Dundas Street in early 2023, the report said.

This timeline means that the renaming of Dundas Street will not occur until after the municipal elections this fall.