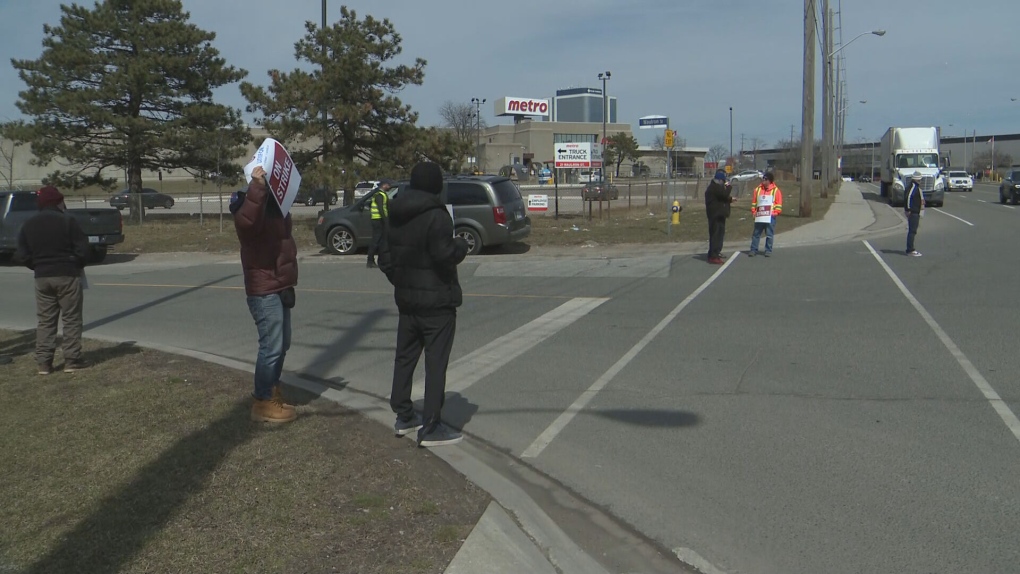 A week-long strike at a Toronto-area grocery warehouse has come to an end.

The union representing more than 900 workers at the Metro Distribution Center in Etobicoke announced Friday that a collective agreement had been signed.

Under the new agreement, workers will receive an average pay increase of 15.8 per cent over the next four and a half years, starting with a $2.25 per hour increase in the first year paid retroactively to Oct. 24, 2021.

“This collective agreement achieves the best maximum pay rate and fastest progression in the industry. There is no doubt that it will raise the bar for warehouse workers across Ontario,” Unifor Ontario Regional Director Naureen Rizvi said in a statement.

“Unifor has negotiated an inflation beating increase of more than 8% on average in the first year in addition to pension and benefit wins.”

Workers will also see improvements to their pension and benefits, higher shift premiums for freezer work and shortened wage progressions to reach the maximum pay rate.

The union indicated that they made no concessions in the agreement.

“The pandemic has shown the value of these frontline workers and this new agreement reflects the level of respect that they deserve,” Unifor Local 414 Unit Chairperson Frank Reynolds said. “This contract ensures that our members will continue to lead the warehouse sector.”

Workers went on strike on April 2 after rejecting an attempted agreement between the union and Metro.

Prior to today, officials say the workers have been without a contract since October 2021.

“We are pleased to have reached what we believe is a fair and reasonable outcome,” Metro said in a statement. “Our distribution center employees enjoy competitive working conditions, and the new contract maintains those standards.”