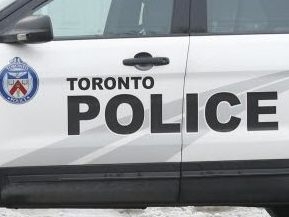 A veteran Toronto Police officer has been charged with eight offences, including theft, after a missing person’s personal belongings were allegedly stolen earlier this year.

Police say a missing person investigation was started at 53 Division on Feb. 17 and one of the officers assigned to the case took possession of the missing person’s belongings.

It’s alleged that the officer gave the missing person’s debit card to another man who then used the card to make a purchase at a store in Mississauga.

Upon further investigation, it’s alleged the officer and the man fraudulently obtained vehicles.

const. Boris Borissov, 48, has been charged with theft, three counts of breach of trust, trafficking credit card, use credit card in commission of offence, attempt to obstruct justice, possession of property obtained by crime, unauthorized use of a computer system, and fraud.

Borisov, who has 16 years of service, has been suspended with pay, per the Police Services Act.