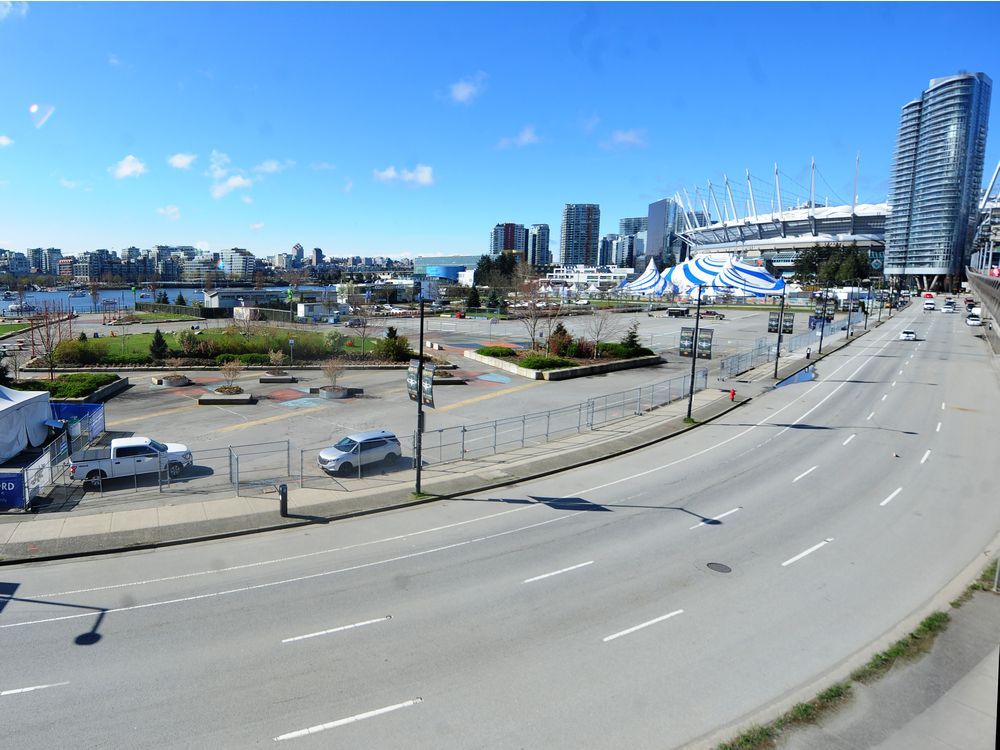 The mood was apprehensive on a quickly organized Zoom call Friday with several parties concerned about the status of the Canadian E-Fest, a Formula E electric car race scheduled for Vancouver this summer.

During the course of the hour-plus conversation, concerns were raised about unpaid deposits, missed deadlines and contracts not yet executed, according to people on the call. The call included people from city hall and local organizations including suppliers and property owners. The organizers and promoters of E-Fest, a Montreal-based firm called OSS Group, were not invited.

On Monday, OSS Group missed a deadline to provide the City of Vancouver several pieces of documentation required before the city issues a permit for the event, planned for Canada Day long weekend.

After the missed deadline, OSS Group CEO Matthew Carter said everything was on track for a great event despite some “little bumps in the road” and 33,000 tickets had been sold for the weekend-long festival, which includes an outdoor Nickelback concert, business conference , and the headline car race. The city’s events office said they were providing E-Fest organizers with “reasonable leeway” to help enable the event.

This will be Vancouver’s first time holding the Formula E Championship, an electric car race series which launched in 2014 and this season includes 16 races in cities around the globe.

On Friday, Carter confirmed the expected $350,000 security deposit had been paid to the city by wire transfer, and said the remaining contracts would be signed by all parties soon. OSS — the One Stop Strategy Group — paid an earlier $150,000 deposit to the city in February.

Vancouver’s deputy city manager, Karen Levitt, was on Friday’s Zoom call, but later refused to discuss the call in detail.

Levitt, along with others interviewed for this story, expressed hope the event will be a great success. But they all agreed also the timeline is tight, with the event now 90 days away.

“We’re really close to things starting,” Levitt said. “At this point, we need everything in place to issue that permit as soon as possible. We need that for OSS’s certainty, and for all the suppliers in the industry, for their certainty, and for our own certainty.”

The city manager’s office is not typically involved in individual events, Levitt said, “and I’m working on this almost daily right now.”

“We’ve been very enthusiastically supporting the event,” she said. “We’re doing what we can, but we’re waiting for the counterparty to provide what they need to provide in order for us to do our work.”

Other key details remain to be finalized before a permit is issued. OSS does not yet have final contracts with owners of the Northeast False Creek properties they plan to use for E-Fest, including Science World, Concord Pacific, and BC Pavilion Corporation, which owns BC Place.

Carter has signed contracts for the agreements with Science World and PavCo, he said, and the contracts are “in the queue” to be countersigned by the other parties.

PavCo spokeswoman Meaghan Benmore said by email: “There are outstanding conditions that have not been met and therefore the contract is not fully executed at this time.”

Science World CEO Tracy Redies said: “We are working with the organizer and are in final stages but do not have a fully executed agreement yet.”

Concord Pacific spokesman Peter Udzenija said: “We have our contract given to them, they have to sign it and send it back. …It’s in their hands.”

The status of OSS Group’s partnerships with other local entities has recently caused some confusion and concern.

A 26-page digital document advertising partnership and corporate hospitality opportunities at the event — including a “pit lane private hospitality suite” at $3,000 a guest with a minimum of 50 guests — was recently circulating. One page features logos of several local business associations, saying: “We have been able to get the support of each of these organizations.”

The Vancouver Economic Commission expressed surprise when Postmedia News asked them this week about their appearance in the E-Fest promotional package listed under the “local support” page.

The version of the Economic Commission’s logo in the E-Fest document was nearly two years old, the VEC wrote in an emailed statement this week, adding they were “not aware of any logo, old or new” being used in a recent Formula E package, and they planned to contact the organizers.

“Beyond anything, as a not-for-profit agency of the City of Vancouver, we are sensitive to having our logo used for purposes like fundraising,” the VEC statement said.

Representatives of the New Car Dealers Association of BC and the Vancouver International Auto Show were surprised and apparently unhappy to see their logos included on that page.

“We’re disappointed that event organizers would use our logos and suggest we have endorsed the event,” said Blair Qualey, president and CEO of the New Car Dealers Association, which owns and manages the Vancouver Auto Show.

After learning the his group’s logos were listed in the E-Fest materials implying their support of the event, Qualey sent OSS a letter last week to “formally demand they cease and desist,” he said.

“We have made it abundantly clear to the principals of OSS that neither the New Car Dealers nor the Vancouver International Auto Show have ever endorsed their event, nor authorized the use of our logos in any materials.”

When Postmedia asked Carter last week about the New Car Dealers’ objection to being included in the promotional materials, he said he was “shocked to understand that they don’t want to be associated with the event anymore. To my mind, it’s far more beneficial for them to be associated to us than the other way around.”

But, Qualey said, “There was no endorsement ever given that could be withdrawn.”

Qualey said the New Car Dealers Association has been longtime supporters of electric vehicles, and although they are not partnered with E-Fest, he hopes it succeeds.

“Hopefully they get their challenges sorted out and they can put on a great event,” Qualey said. “It would be a good thing for Vancouver.”