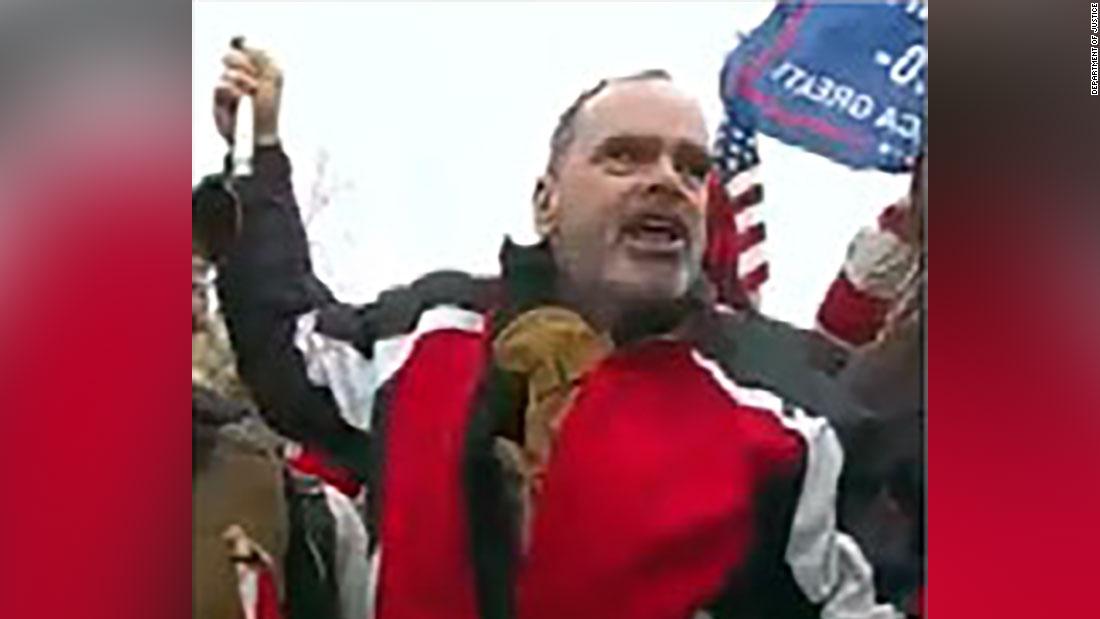 Thomas Webster, who claimed he was defending himself when he swung a metal pole at police and tackled one to the ground, choking him by his chin strap, was found guilty by a jury on all six counts after about two hours of deliberation.

“This case is about rage,” one of the prosecutors, Brian Kelly, said during his closing argument on Friday.

Kelly told the jury that if Webster “wants to blame Officer Rathbun” it was Webster who first attacked Rathbun and Webster who crossed police lines to tackle the officer.

“His actions speak for themselves,” Kelly concluded, asking the jury to find Webster guilty of all charges, including assaulting, resisting or embarrassing an officer with a dangerous weapon.

Webster’s defense attorney, James Monroe, argued that Webster only acted in self-defense after being punched by Rathbun.

“Are we ever going to accept police misconduct?” Monroe asked the jury. “We’re dealing with a bad cop,” he said of Rathbun, adding that Webster “knows what a bad cop looks like” having served in the NYPD for two decades.

This is the first instance of a Capitol rioter claiming self-defense. In other related cases, jurors previously rejected defendants’ attempts to pin the blame on then-President Donald Trump. Most of the January 6 cases that have gone to trial so far have resulted in convictions.

The self-defense allegation did not gain traction with jurors.

Doris Spruell, a juror, told reporters after the verdict that they “reviewed all the evidence…and felt there was no basis for self-defense. The video, I think, made that clear.” “.

Asked about Webster’s testimony, Spruell said she “didn’t think it was credible.”

“The case presented by the government was very thorough,” said another juror, adding that he felt “quite comfortable with the verdict” and that the jury did not find Webster’s testimony persuasive.

“It was very quick and very obvious,” said another juror.

While prosecutors asked for Webster to be locked up immediately, Mehta allowed Webster to remain housebound 24 hours a day with an ankle monitor, a move he said was “a close call.”

Webster, who did not move during the verdict, left the DC courthouse holding a flip phone to his ear and did not speak to reporters.

“It’s a tough day for Tom Webster and his family,” Monroe said. “We will think about the result today and decide where to go from here.”

Another rioter who assaulted police near Webster during the riot – and who can be seen assaulting officers in a video where Webster is also visible – was sentenced to 27 months behind bars on Monday, after having reached a plea agreement with the Department of Justice in December. .

Kevin Creek, a former Marine, attacked two police officers during the riot, kicking one and punching another in the hand.

“He broke the line,” prosecutors said during sentencing before Judge Dabney Friedrich.

This story has been updated with additional details.