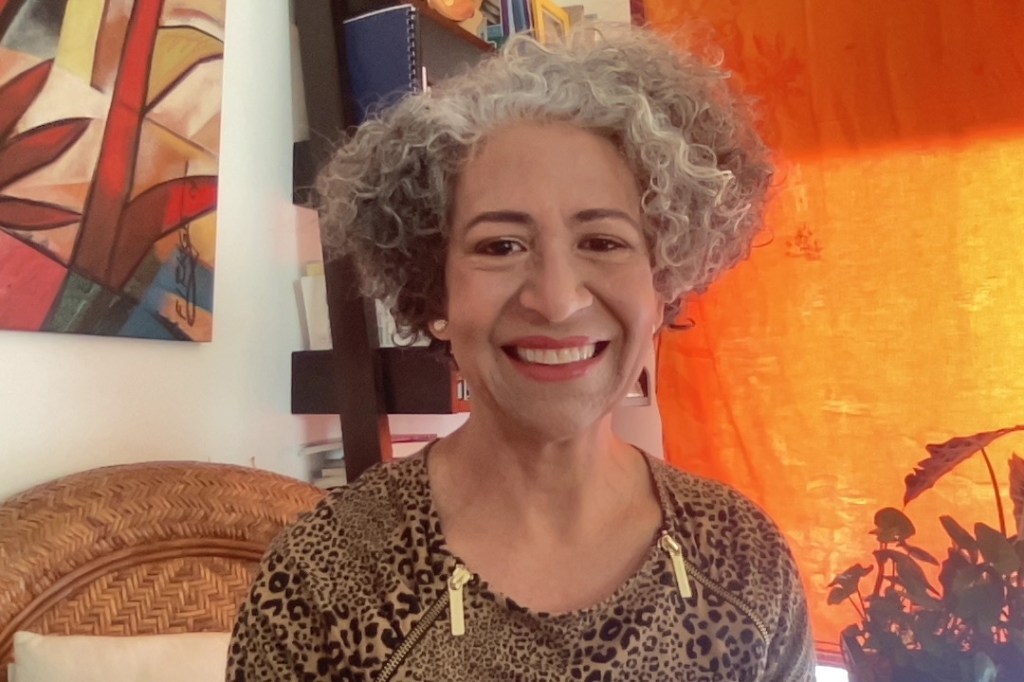 It can be easy to think of reading and writing as solitary pursuits, but there are women working to enrich Southern California’s literary communities with events and readings that bring people together. Some will be taking part in a panel discussion at Beyond Baroque Literary Arts Center on April 8.

The event, Anfitrionas: Reading & Discussion with Latinx Poets of Southern California, will feature six poets and literary organizers from across the area – Long Beach, Highland Park, Santa Ana and beyond – in a mix of readings, conversation and Q&A session. The lineup will feature Sarah Rafael Garcia, Lucy Rodriguez-Hanley, Cynthia Alessandra BrianoJessica M. Wilson Cardenas, Angelina Sáenz and Davina A. Ferreira.

These women are leaders, says Lisbeth Coiman, the Venezuela-born, LA-based poet who is the event’s host.

“These women are the hosts of several reading series in the area and they are all Latinx, they are all bilingual and some of them have done significant contributions to the community in literacy and literary arts,” says Coiman, whose most recent book of poetry , “Uprising/Alzamiento,” was published in 2021.

“I have been a recipient of their generosity and, by extension, their community building,” she says. “I wanted to, in a way, pay tribute to these women who have helped me and who help so many other poets who are not only Latinx but artists of color in general who otherwise find it difficult to break into the establishment and find community. ”

Coiman stressed the importance of the work of these leaders as well as her passion for nonprofits like Women Who Submit in getting voices heard.

The in-person event will take place April 8 at 8 pm at Beyond Baroque Literary Arts Center in Venice Beach. The event will be livestreamed and recorded for later viewing, and Beyond Baroque, as well as the organizers who’ll be on hand, will continue to bring live events like these to the public.

Also, Coiman hopes the conversation will have time to address a particularly unhelpful stereotype.

“I hate the idea, as romantic as it is, of the starving artist,” says Coiman. “We don’t have to be starving artists. We work as hard as anyone else. We need to be compensated.”

The Mountain Goats singer and novelist John Darnielle spoke to reporter Kelli Skye Fadroski earlier this year about his most recent book, “Devil House,” and he shared some recommendations for music and reading.

“Right now, I’m listening to this Charlie Parker box that I just got, “Charlie Parker on Dial: The Complete Sessions,” which is like some of the greatest music ever made. These are the complete sessions, too, so you hear like seven takes of a song. So there’s the version you know, the one that’s iconic, and then you get to hear them do it six different ways.

“I am also reading Mary Shelley, a book called “The Last Man,” which is considered her second-best after ‘Frankenstein.’ The 19th century is probably the one I struggle with the most. I can read 18th century novels easier. But this is good, really good. She’s quite the writer, but the 19th century always slows me down so I’ve been reading this one for about six days now.”

Got a recommendation you’d like to share? Email me at epedersen@scng.com and I may include your comments in a future newsletter.

Thanks, as always, for reading.

David Baldacci has written 40 novels for adults (and seven for children) and he’s sold 150 million copies worldwide. His latest novel, “Dream Town,” comes out April 19. Set in Los Angeles as 1953 begins, the book follows private eye and WWII vet Aloysius Archer as he seeks both a murderer and a missing actress. Baldacci will be a guest on our April 15 Bookish event, and we also have an interview with him in the Books section. Here, he answers our Q&A about books and more.

Q. Is there a book or books you often recommend to other readers?

“Caste” by Isabel Wilkerson. A brilliant account of how people vote against their own self-interests, and how pecking orders are valued sometimes above all other things, no matter how far down on the runs one may fall.

Q. What are you reading now?

“The Man Who Died Twice,” by Richard Osman, the follow-up to “The Thursday Murder Club.”

Q. Can you recall a book you’ve read that made you feel it was written just for you?

I felt “To Kill A Mockingbird” by Harper Lee was written just for me. I grew up in Richmond in the 1960s and 1970s, in a very segregated society, trying to figure out why the world was the way it was.

Q. Which are some of your favorite book covers?

“Gone Girl” by Gillian Flynn; it’s so simplistic and therefore eye-catching. “The Great Gatsby” by F. Scott Fitzgerald. Those haunting eyes! “A Catcher in the Rye” by JD Salinger.

Q. Is there a genre or type of book you read the most — and what would like to read more of?

I read nonfiction – mainly biographies – the most, with mysteries a close second. I would like to read more fantasy.

Q. Do you remember the first book that made an impact on you?

“The Cider House Rules” by John Irving had a big impact on me. A great yarn that took on powerful substantive issues with humor and demonstrated both the cruelty of the human race and its resiliency.

Q. Is there a person who made an impact on your reading life – a teacher, a parent, a librarian or someone else?

Ironically, my English teacher was named Mrs. English. She was one of the first to encourage my writing.

Q. What’s a memorable book experience — good or bad — you’re willing to share? I really enjoyed “All The Things We Cannot See” by Anthony Doerr. The language was inventive and lyrical and the plot was well done, and the emotional arcs were exceptional and surprising.

In one of our most popular recent stories, we talked to Martha Wells about her killer idea. READ MORE

The top-selling books at your local independent bookstores. READ MORE

What’s next on ‘Bookish’

The next free Bookish event will be the April 15 event with Steve Almond, Maggie Shipstead and David Baldacci.