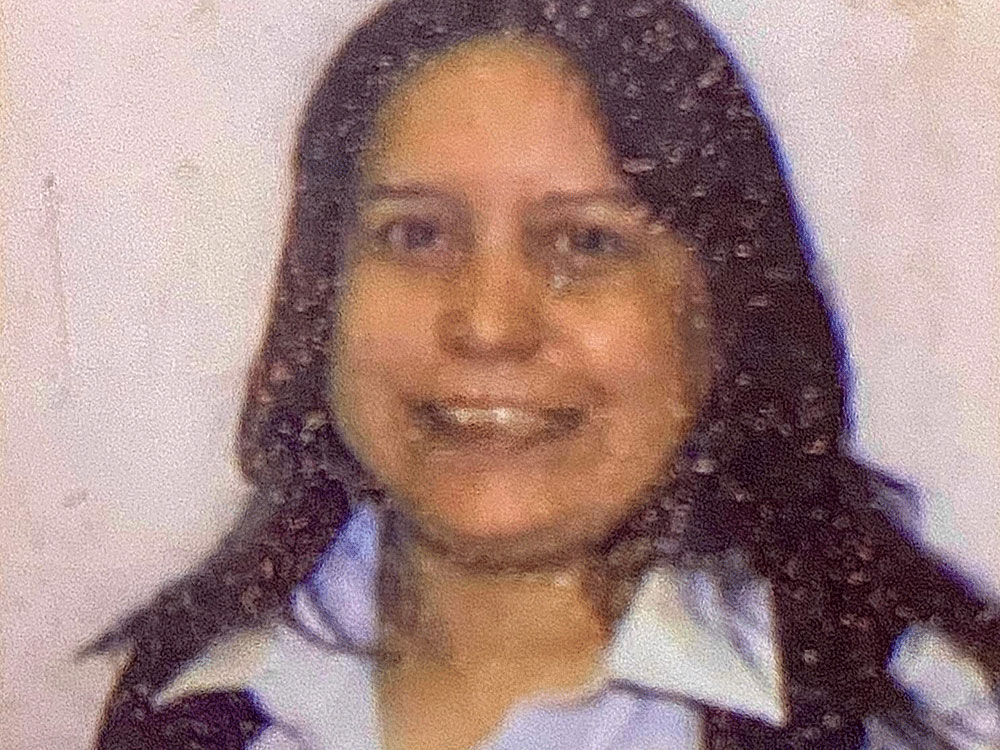 Mary Ann Garlow is remembered as the “mother of the house” of the now closed Balmoral Hotel, who looked after the other residents of the Downtown Eastside and was dedicated to caring for her son.

Announcements, events and more from Tyee and selected partners

Curious to know what our journalism has achieved and how we are progressing? Dip.

“She was a daughter, a sister and a source of life,” her niece, Misty Fredericks, told The Tyee days after Garlow’s body was discovered in the ruins of the Winters Hotel.

“I find that she was very sweet and quiet and sweet, but had a good sense of humor. She was a homebody, but still very helpful. And my family meant she was a mother and a caregiver dedicated.

Due to the family-destroying effects of boarding school and the Sixties Scoop, Fredericks had never met Garlow and was reunited with many of his aunts, uncles, and cousins ​​later in life. She acts as a spokesperson for the family and is in contact with other family members who knew Garlow.

Garlow was living at the Winters, a single-room hotel in Gastown, when it was destroyed by fire on April 11.

Although it was initially reported that all of the residents had been found, that was not the case. Garlow’s body was found in the ruins of the building as it was being demolished, 11 days after the fire, a fact that left Fredericks and his family in awe and search for answers.

A second body, which has not yet been identified, was also discovered on April 22. The coroner is still investigating the cause of death of the two victims. The building could not be searched by firefighters after the fire because it was too unstable.

Garlow had lived at the Winters, a historic 1907 building that included 79 rooms on the second and third floors, for about five years. She had moved there after she and all of her neighbors had to leave the Balmoral Hotel when the city declared the building unsafe in June 2017.

The Balmoral, in Hastings and Main, was known as one of Vancouver’s most overlooked SRO hotels. Shortly before it closed, the city barred residents from entering certain bathrooms over fears a full tub would fall through the rotting floors.

But for Garlow, the Balmoral was home. On the day the city announced it was ordering the Balmoral to close, Garlow told Metro News she had lived in the building for 40 years and worked there as a housekeeper for most of that time.

Wendy Pedersen, a community organizer who advocated for Balmoral tenants, said she remembered Garlow being very unhappy to leave the ORS and “missing his view of the mountains there”.

“She was like a stay-at-home mom to many,” Pedersen said.

Garlow lived there with his son, John, who needed extra care throughout his life. John also moved with Garlow to the Winters, and Fredericks said his cousin had to jump out of a window to escape the fast-moving fire, which quickly engulfed the building in flames and smoke. He is still in the hospital because he has broken bones and needs corrective surgery on his feet.

Garlow was from the Oneida Nation and Six Nations of the Grand River in Ontario. As a child, Garlow and five of her siblings were sent to the Mohawk Institute, an Indian residential school. For generations, colonial institutions separated Indigenous children from their parents and culture for 10 months out of the year, provided little education, and left students with deep emotional scars from the abuse many suffered. in establishments.

The buildings were also poorly maintained and often had faulty fire escapes – meaning that for most of his life, due to poverty and racism, Garlow lived in buildings with a high fire risk.

Fredericks says she never asked any of her aunts and uncles what happened to them at boarding school, but she knows it was painful and traumatic.

After Garlow left boarding school, she went to British Columbia and found herself in the Downtown Eastside in her early twenties. The neighborhood struggles with poverty and addiction, but many Indigenous people from across Canada have also found a community and a sense of belonging here. Garlow would live in the Downtown Eastside for the rest of his life.

Fredericks says it’s especially sad for her to think about how her aunt’s life ended after everything she’s struggled with over the decades.

Fredericks said she and her family have questions about three aspects of the fire and its aftermath: why Garlow was not noticed sooner as missing; why the sprinkler system and alarm were not working at the time of the fire; and details of how special fire watch was conducted while the sprinklers were not operating.

The Winters Hotel was owned by Peter Plett and operated by a supportive housing provider, Atira Property Management Inc., with operating funding from BC Housing.

The day after the fire, a BC Housing executive told reporters that all 71 residents had been found. On the same day, it was also reported that all but one person had been found, but that person was believed to be staying with friends or family.

According to CTV News, APMI CEO Janice Abbott said that in the days following the fire, Garlow was reported missing, then mistakenly charged by a provincial welfare worker, then brought back. faded away.

On the day of the fire, Const. Tania Visintin said Garlow was on a missing persons list. Later that day, “the VPD Missing Persons Unit was notified by Atira/BC Housing that all individuals had been located,” Visintin said.

On April 19, the Housing Coordinator again told the VPD that Garlow had still not been found and that a missing persons case had been reopened.

‘VPD re-opened the investigation and obtained information suggesting that Mary may still be inside the hotel,’ the sergeant said. Steve Addison told The Tyee. “We passed this information on to fire department investigators as demolition of the building was to begin.”

“How can they say that the word of the ministry that she was in a shelter was good (enough) to stop reporting missing persons?” she asked, adding that she would like to see a “paper trail” from the Ministry of Social Development and Poverty Reduction, Atira Property Management, BC Housing and the Vancouver Police Department.

Addison said that because thousands of people go missing each year, police cannot verify every report of a person’s discovery. The Missing Persons Act has designated certain people – such as counsellors, doctors, family members and social workers – as “certified verifiers” who can report to the police that a missing person has been found.

BC Housing says it is currently reviewing how residents were inaccurately counted when evacuating the building and whether any policies or procedures need to be changed.

As for the sprinklers and fire alarm, Vancouver Fire and Rescue Services said the sprinkler was activated by a previous fire on April 8 and had to be reset by a technician.

In the meantime, the fire department had ordered that regular patrols, called a fire watch, be carried out in the building. According to a preliminary investigation, firefighters say the fire was accidentally started by an unattended candle. He was spotted by an APMI staff member doing fire watch.

Matthew Trudeau, a public information officer with Vancouver Fire and Rescue Services, told The Tyee that the fire department still doesn’t know why the building’s alarm didn’t go off during the fire. Trudeau said the fire code doesn’t specify how long a sprinkler system must be back online, but it can sometimes take several days, especially over a weekend.

Fredericks asked why there was a delay, as ORS is well known to be more fire prone, with the fire department responding to 312 building fires last year.

“He should have been pushed back to the top of the list,” Fredericks said.

Fredericks is now holding a memorial gathering outside the Winters Hotel to honor and remember her aunt.

“We are a spiritual people – just singing, praying, drumming and making offerings will help them on their journey to the spirit world,” Fredericks said.

“And to tell her we love her and know she was there and found – so good to go now, Mary Ann, we’ve got you, we’ll fix this .”